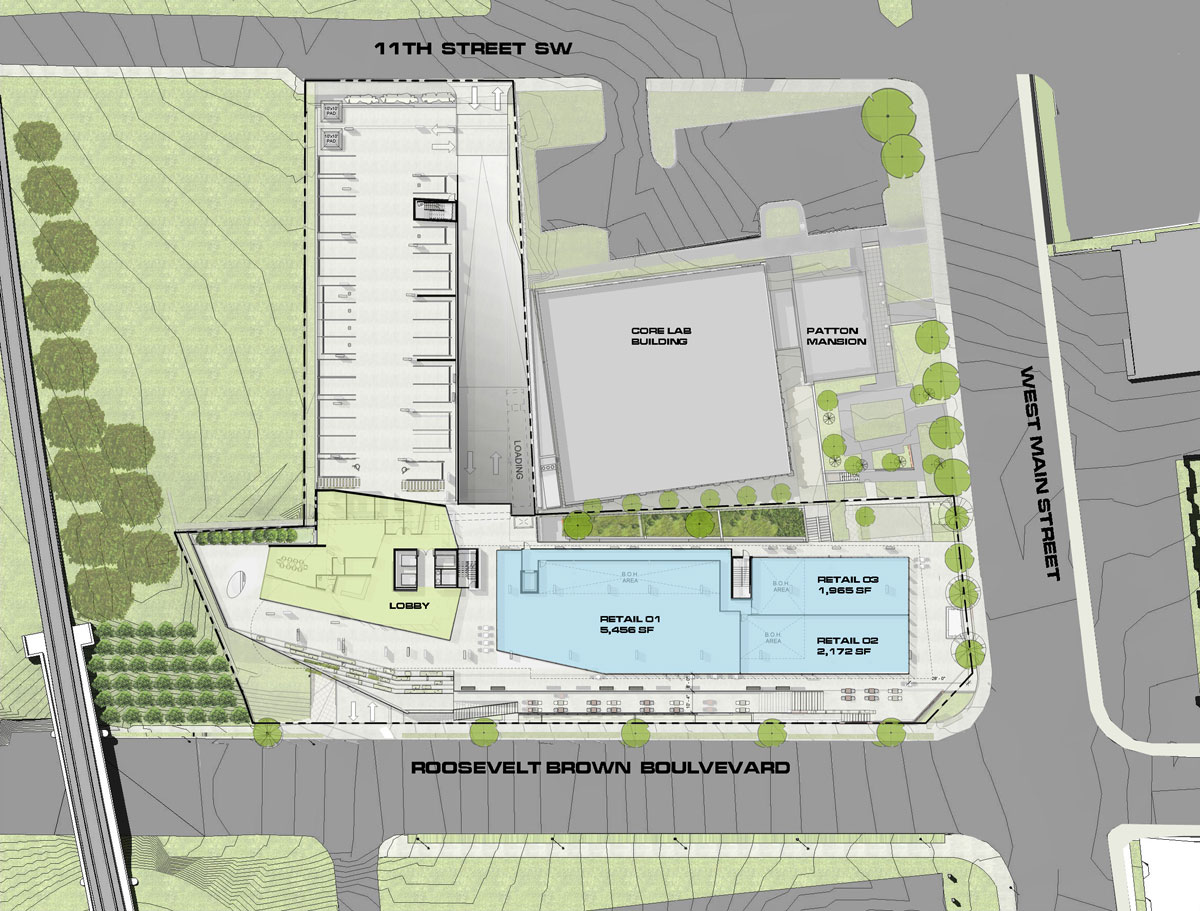 The Charlottesville Planning Commission has voted to recommend approval of a special-use permit for 1000 W. Main St., the third high-density, mixed-use residential complex in the works for that area.

Concerns about the project’s impact and whether the market exists for additional housing for University of Virginia students along West Main drove discussion past midnight and into early Wednesday morning.

The first student housing project nearby, the Flats at West Village, is leased to a 9-percent occupancy rate for its opening in August.

“Are we still in the beginning stages of critical mass on West Main,” asked Commissioner Kurt Keesecker, “or are we closing the door?”

“Student living on and around campuses is our core business,” Bus said. “The growth [of UVa] is going to continue with 10-percent growth in the student body over the next five years. When it comes to viability of retail along the West Main corridor, retail follows rooftops, and residents.”

The developer sought a special-use permit for a taller building of 101 feet, and increased density to 193 units per acre from the 43 units per acre allowed by-right. If approved by the City Council, this would add 644 beds on the corner of West Main and Roosevelt Brown Boulevard.

Supporters of the 1000 West Main project outlined positive aspects of the development, including $550,000 in tax revenues for the city and increased foot traffic.

Timothy Hulbert, president of the Charlottesville Regional Chamber of Commerce, shared a memo with city councilors and Planning Commission members in advance of the public hearing. He applauded the previously approved projects on West Main and specifically encouraged approval of the 1000 West Main project.

Commissioner Lisa Green said she agrees this was a reason the city wanted more housing density on West Main.

“The idea is for us to take pressure off of the adjacent neighborhoods, so they can go back to single-family houses,” Green said.

The special-use permit was recommended for approval in a 6-to-1 vote with Commissioner John Santoski voting against. The commission reduced the number of four-bedroom units by 25 percent — from 106 to 80 — in an effort to diversify the housing types as compared with what has been approved in the other projects.

“I don’t think it is a project that is ready for primetime,” Santoski said. “A year from now, when we see how these other two projects work out, I will be ready to vote for this.”

Meanwhile, the managers at the Flats at West Village are trying to find residents for the upcoming school year. Just 9 percent of the capacity has been leased — 56 of the 622 beds in the eight-story building.

Asset Campus is the management company of the Flats project and, like Campus Acquisitions, has a portfolio that spans campuses across the nation.

“Now that the students are back, we want to bring up the leasing velocity. We hope to be at 100 percent by August,” Flats property manager Rebecca Simmons said.

To entice students, the company has lowered leasing rates to between $589 and $1,395 per bedroom, and is marketing through its location on the Corner.

“We are looking at this as a long-term investment,” Bus said. “Even if there is a hiccup in year one, that is not how we look at UVa in the long term.”

Bus cited Campus Acquisitions’ success in previous student-living projects at campuses around the country, totaling 10,000 beds and $1 billion in investments. The developer’s market research study informs his belief that this project is right for the location.

At the joint public hearing with the City Council, Councilor Kathy Galvin voiced concern about the development’s pedestrian connection to surrounding neighborhoods.

“There are many good things about the project,” Galvin said. “But the one that is somewhat of a concern for me is that 10th Street seems like it is not being designed as pedestrian oriented as West Main Street.”

Architect for the project John Matthews said in an email that the 1000 West Main project is still a work in progress.

“We are studying some parts of the site plan to see if we can accommodate Councilor Galvin’s requests,” he said.

The City Council will review the special-use permit request at its meeting Tuesday.