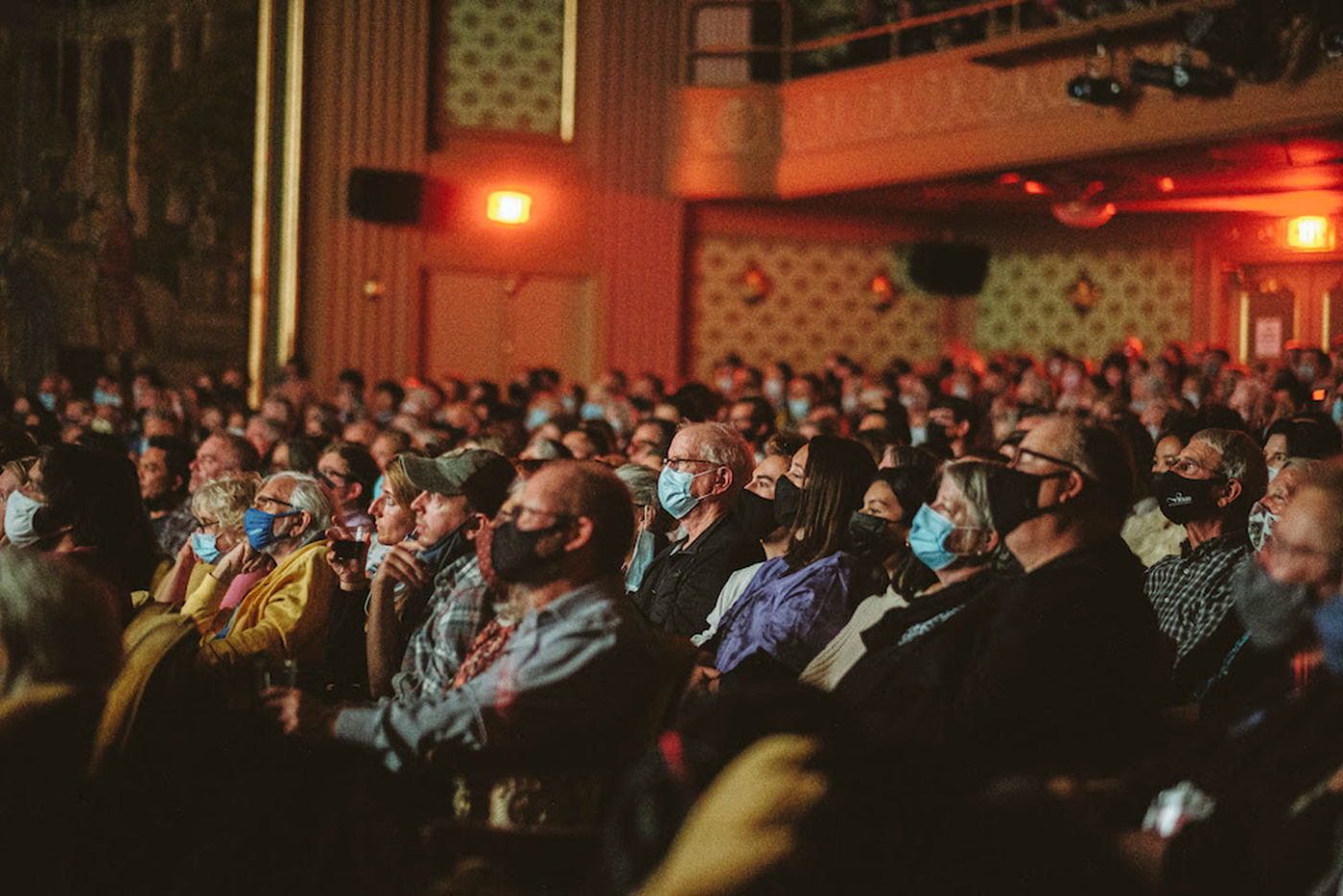 The 34th Annual Virginia Film Festival made a successful and important return this year, drawing thousands of film fans to its remarkably diverse program of films that spanned award-season favorites, fascinating documentaries, outstanding special guests and panelists, engaging short films, dynamic parties, and sparked the kinds of conversations that kept audience members in their seats long after the final credits rolled.

The 2021 Virginia Film Festival included some 85 films in all, along with more than 75 special guests including Emmy Award-winning actor Martha Plimpton, who discussed her powerful new film Mass; noted screenwriter and actor Danny Strong, who was joined by Virginia author Beth Macy to discuss the Hulu limited series Dopesick, based on Macy’s book of the same name; and Tony Award-nominated playwright and acclaimed screenwriter Jeremy O. Harris, who received the Festival’s American Perspectives Award for Outstanding Achievement in Cinema.

This year’s Virginia Film Festival was scaled back significantly from previous years, with films presented in three in-person venues and the drive-in location at Morven Farm. This year’s Festival featured 8,488 in tracked attendances at both paid and free events.

Perhaps more than anything, this year’s Festival will be remembered for its return to live presentation in theaters following a 2020 VAFF that was limited by the pandemic to virtual presentations only.

“Throughout the Festival weekend,” Jody Kielbasa, director of the Virginia Film Festival and Vice Provost for the Arts at the University of Virginia, said, “I heard from so many audience members about just how appreciative they were that we made the significant effort to return to in-person theatrical screenings, and that we were able to do so safely. While I am happy to accept their thanks, I must say that none of this could have happened without above-and-beyond work from the VAFF staff, led by Managing Director Jenny Mays. As we all learned through this process, putting together a film festival in the midst of a pandemic is not for the faint of heart. But I think all would agree that seeing audiences back in our venues made it all more than worthwhile.”

The Festival’s opening night featured a sold-out house at The Paramount Theater to see Wes Anderson’s latest, highly-acclaimed film, The French Dispatch, which included a special welcome from UVA President Jim Ryan along with opening remarks from Kielbasa. “I can’t tell you what a thrill it was to stand on that stage and feel the palpable sense of excitement in the room,” Kielbasa said, “all while looking out at a packed house at this true gem of a theatre. It was the perfect way to start off what would be an unforgettable five days.”

The excitement and appreciation around returning to theaters was not limited to audience members, Kielbasa said. “Martha Plimpton, in her discussion following her extraordinary film Mass, got very emotional talking about what it meant to her to be able to share the film with a live audience in a theater as magnificent as The Paramount, and I think it is a testament to how much artists as well as audiences missed these opportunities we had all come to take for granted before the pandemic.”

Another unforgettable moment, Kielbasa said, came at Culbreth Theatre at following the screening of Stay Prayed Up, a documentary that tells the story of The Branchettes, a North Carolina-based gospel group making its first album after more than 50 years of singing together, and led by 82-year-old “Mother” Perry.

“Mother Perry was the kind of guest where you could just feel the audience fall in love with her one-of-a-kind spirit and personality,” Kielbasa said. “At one point she started singing, and you just had the feeling that you were a part of a really special and memorable experience that could never be replicated in a virtual world.”

This year, as always, The Festival’s memorable experiences were not limited to the theatres. Following a screening of Zola, which he co-wrote, playwright and screenwriter Jeremy O. Harris made his way to UVA Professor and internationally-renowned filmmaker Kevin Everson’s filmmaking class to talk about his process and his career.

The VAFF this year continued its commitment to increasing the diversity of its program to better reflect the experiences of all audience members. “It is very important to all of us at the Virginia Film Festival that our program is a reflection of the diverse community, and diverse world in which we all live,” said VAFF Program Manager Chandler Ferrebee. “We want to make sure that all of our audience members feel represented, and make a very conscious effort to make that happen. We are proud to say that this year, 50% of our directors were women and/or BIPOC individuals, along with 55% of our Festival guests.”

Once again this year, Virginia Film Festival audience members played a key role in the proceedings by casting ballots for their favorite films.

The winners of the 2021 VAFF Audience Awards are:

Also announced were the winners of the 2021 Programmers’ Awards:

Narrative Feature: The Speech
Documentary Feature: Socks on Fire
Narrative Short: The Acolyte
Documentary Short: In The Shadow of the Pines

In addition, the Virginia Film Festival partnered with Reel South, to present the Reel South Short Award. The award honors outstanding achievement in Southern documentary short-form at film festivals across the South. Reel South is a cooperative documentary series between the South’s PBS member stations, including Virginia’s VPM. The VAFF’s 2021 Reel South Short Award winner is There Was Nobody Here We Knew, directed by Khaula Malik, which follows a middle-aged Pakistani couple contemplating alien life and searching for answers during lockdown after they spot what they believe to be a UFO outside their window.

The Virginia Film Festival is a program of the University of Virginia and the Office of the Provost and Vice Provost for the Arts.

The Virginia Film Festival is also supported in part by a grant from the National Endowment for the Arts in response to the COVID-19 pandemic.