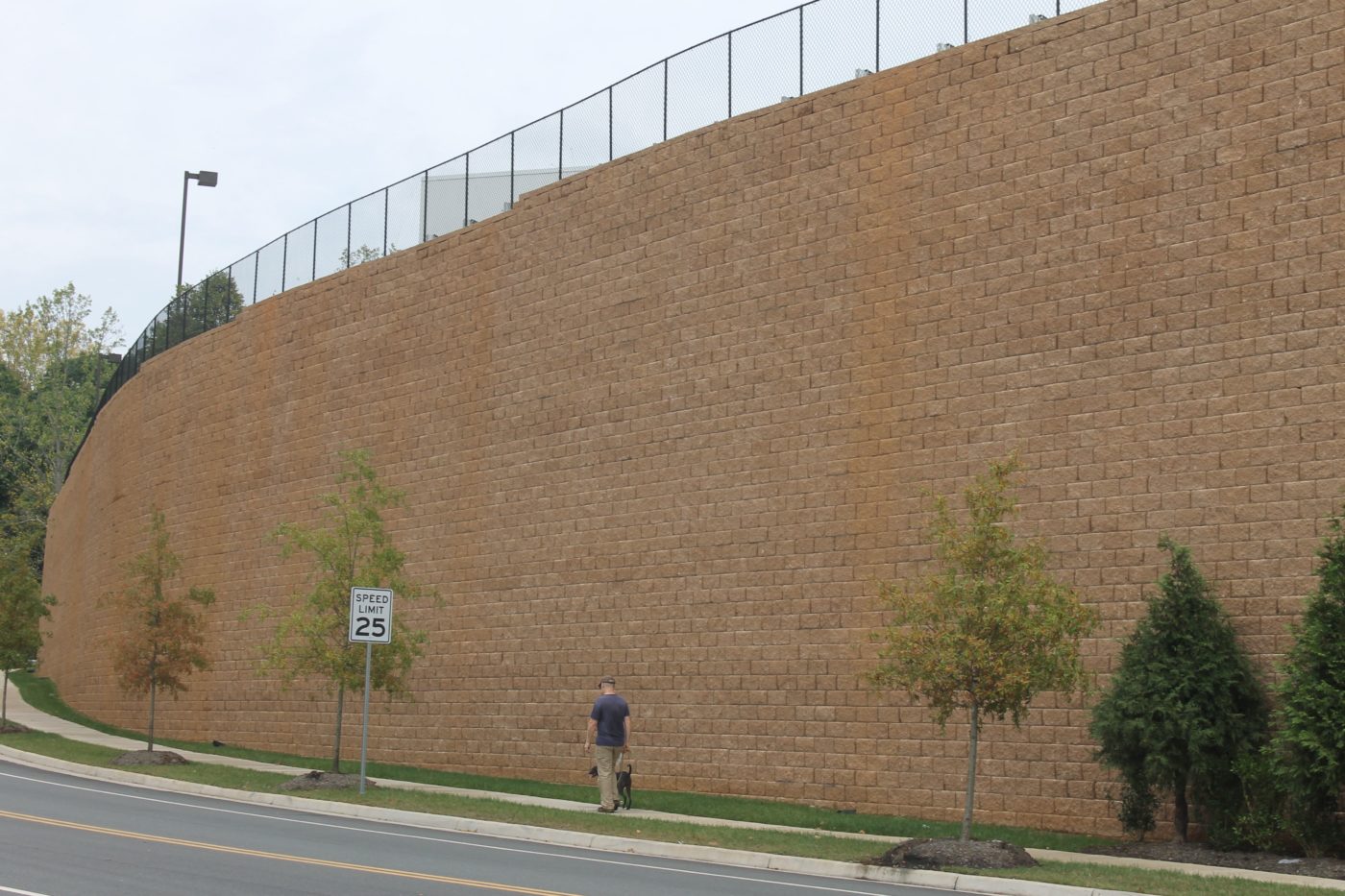 A pedestrian walking his dog outside 5th Street Station

The 5th Street Station shopping center in Albemarle County has been open for nearly a year but greenway and trail improvements proffered as part of the development have not yet been constructed.

“We’re a ways out from having anything built,” said Dan Mahon, the outdoor recreation supervisor for Albemarle County.

However, a $400,000 grant from the Virginia Department of Transportation is intended to help area planners create a trail hub that will be a key component of a future network of bike and pedestrian trails.

“Part of what we’re paying for with this study is to figure this all out because it remains a puzzle,” Mahon said.

In 2008, the Albemarle County Board of Supervisors voted to rezone nearly 82 acres north of the intersection of Interstate 64 and Fifth Street Extended to the county’s planned-district shopping center zoning category.

As part of that rezoning, original developer Frank Cox agreed to build what is now known as the 5th Street Station Parkway between Fifth Street Extended and Avon Street Extended. That resulted in construction of a large retaining wall to meet VDOT standards.

“We absolutely believe in the pedestrian connections, and walkability is very important to 5th Street Station,” said Jeff Garrison, a partner with S.J. Collins Enterprises. “But it will also be an asset to the southern part of the community.”

Mahon said the original idea was for that Class A trail to be built on the south bank of Moores Creek to the north of the shopping center, but that ran into an obstacle due to the retaining wall.

“There’s not enough room and [the developer] did a lot of good stream bank restoration work,” Mahon said. “They put a lot of money into that.”

Garrison said the company instead put up $250,000 that the county and the Thomas Jefferson Planning District Commission opted to use as a match for the VDOT planning grant.

“We’ve not eliminated any possibility but have turned it over to Parks and Recreation to work around the site,” Garrison said. “We certainly are eager to get it started and become an active part of this center.”

The retaining wall also ended up being much higher than some in the neighborhood to the north of the shopping center expected.

“We foresaw a much more walkable and much more neighborhood-friendly environment at 5th Street Station than we ended up seeing,” said Larry Garretson, a member of the Willoughby Property Owners Association. “When that wall went up, we were shocked. I don’t think anybody foresaw that brutal scale of imposition onto the landscape.”

Garretson said the neighborhood had expected that the development of 5th Street Station would provide for a more fully integrated trail system in a way that would be compatible with Willoughby.

“Instead, it’s provided some obstacles to that,” he said.

The $250,000 offered to the county was used as a local match for the VDOT transportation alternative grant that is being used to plan for a trail hub that will be built just to the west of 5th Street Station.

The grant has enabled the Thomas Jefferson Planning District Commission to join the efforts of local government, nonprofits and homeowner associations together to provide people with more choices to get around the community.

“This is the first time where the TJPDC has worked with the county as a partnership, and we’re working the kinks out,” Mahon said. “It’s meant as a pilot project.”

The goal is to have 10-foot-wide pathways heading in each direction from the hub, which Mahon said also will include a park-and-ride lot.

To the south is a potential connection to the future Biscuit Run state park. To the west a trail would follow Moores Creek toward Azalea Park and beyond on the Rivanna Trail.

“In the other direction [to the east], it will serve the future pedestrian work that will happen along Avon Street into town, as well as connections towards Piedmont Virginia Community College,” Mahon said. “Hopefully, it will go across PVCC to the Saunders Trail at Monticello.”

However, the plans are not quite ready to go forward. Mahon is still trying to figure out how to traverse a steep slope to get a direct connection between the hub and the shopping center itself.

There is also a question of how the western trails will cross Fifth Street Extended.

The Rivanna Trail currently uses a culvert that goes underneath the roadway, but the passage is unlit and unwelcoming.

Another option would be to have an at-grade crossing at the signal at I-64.

“I’m looking at the possibility of bringing the trail behind the Holiday Inn and having an at-grade crossing,” Mahon said, saying the multi-use pathway would then cross the land where the Christian Aid Mission currently carries the Rivanna Trail.

Garretson said there is support in Willoughby for the trail hub.

“We as a neighborhood love the trail hub idea,” he said. “It could make a greater trail system that could be bikeable and walkable and get us from downtown and get us out to Walnut Creek and Biscuit Run potentially.”

Another piece of the puzzle is a pedestrian link the Willoughby neighborhood sought in the development’s original proffers. The language calls for a pedestrian bridge over Moores Creek to provide “reasonable access.”

“For the purposes of this proffer, reasonable access shall mean a pedestrian access that is topographically feasible, but sensitive to terrain features, as determined by the county engineer,” reads the original proffer statement.

“We have five years after the first certificate of occupancy to figure out the Willoughby connection,” said Rebecca Ragsdale, a county planner. “Otherwise, we can request $25,000.”

Garretson said Willoughby and surrounding neighborhoods do benefit from the presence of additional shopping options nearby, as does the extended community.

“The more this kind of stuff exists on the south side of town, the fewer trips to the north side of town we have to take,” Garretson said. “A good biking and walking trail network that allows us to get downtown easily also means fewer trips up north.”

Efforts to build a regional trail network are also being supported by the Charlottesville Area Community Foundation, which awarded a $179,804 Strengthening Systems grant earlier this year to the TJPDC and the Piedmont Environmental Council to speed up implementation of the trails.

“PEC and the TJPDC are working together to increase public participation in the discussion over how and where we connect the community with bike and pedestrian infrastructure,” said Rex Linville with the PEC.

There is one part of the 5th Street Station development that looks like a greenway but is not.

Just south of Wegmans, what appears to be a mixed-use trail paved with asphalt descends for several dozen feet for about a 10th of mile until it comes to a halt at a stormwater detention pond.

In the distance is a culvert that cuts through an embankment that carries the 5th Street Station Parkway.

“I was really hoping it could be something that we could use, but we really can’t because it drops down into a canyon,” Mahon said. “I still really have hope, and haven’t explored it fully.”