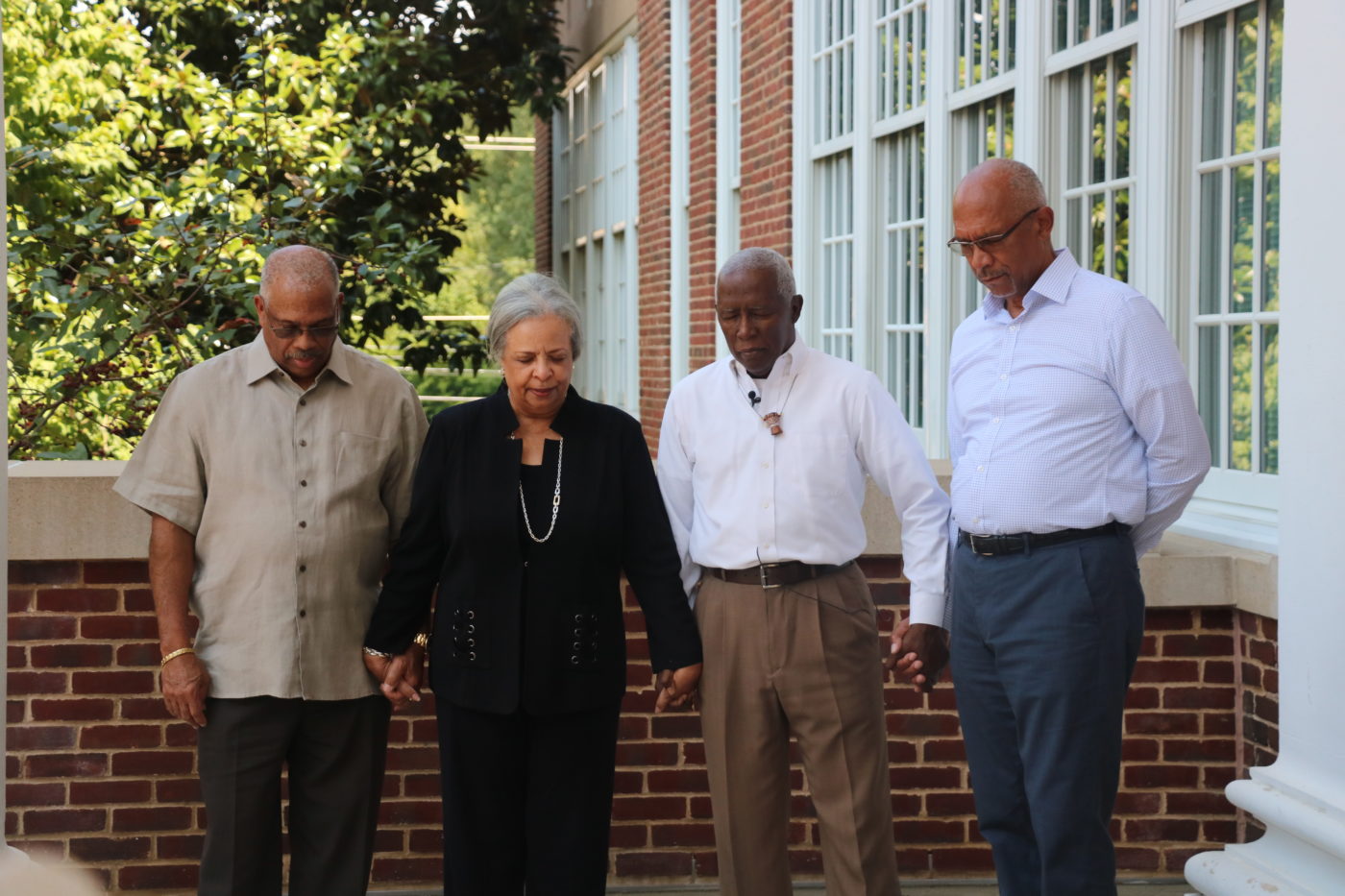 Sixty years ago, when Donald Martin enrolled at Lane High School, now the Albemarle County Office Building on McIntire Road, he said he didn’t have friends. And that made him feel exiled within the school system, he said.

So, Martin said he went to play with his black friends from Burley High School the moment school was over. Some of those friends would linger in the park, playground or recreation center.

“My experience [at Lane High] was stressful, everything from the environment itself, which was hostile,” he said.

Martin, who’s among 12 children who integrated Charlottesville City Schools in 1959, said he wasn’t attacked, but he often was bumped around. He argued that integration should not have been limited within the classrooms, saying it should have included the whole high school experience.

Amid adversity, Martin said he prevailed because failure was not an option. He graduated from Lane in 1964, and eventually earned a political science degree from Virginia State University.

He said as a black man growing up in Charlottesville, there were many challenges he had to overcome, which became a part of living.

“I guess I had enough resilience and strength that I couldn’t let it get into me,” Martin said.

Charlottesville City Schools Superintendent Rosa Atkins said she cannot thank members of the Charlottesville Twelve enough for their bravery and all they’ve done during their time.  At a Thursday board meeting, she read a proclamation to laud the students.

While reading the proclamation, she chronicled the events that occurred up to the 1959 city schools integration.

Sixty-five years ago, the U.S. ruled against segregation in the Brown v. Board of Education. That prompted Virginia to resist public school integration in some parts of the state into the late 1970s.

Black parents were denied when asked for their children to integrate all-white schools in 1955, according to a division’s document.

Two years later, Gov. J. Lindsay Almond, who was born in Charlottesville and raised in Orange County, ordered the closure of city schools to prevent desegregation. There was a five-month closure before three children integrated Lane and nine integrated Venable.

Atkins said members of the Charlottesville Twelve not only completed high school and endured the treatment that they received, they “became productive people in the community and beyond.”

In addition to Martin, other members of Charlottesville Twelve include Ronald Woodfolk, Charles Alexander and Sandra Lewis. Woodfolk, Alexander and Lewis all said their experiences at the city schools weren’t bad, except for a few incidents.

Woodfolk said he felt isolated at times because there wasn’t anyone who looked like him. Plus, he wasn’t allowed to play sports.

“They used the fact that they couldn’t guarantee my safety,” he said. Because he couldn’t play sports with the other children, it “reminded me I was different,” he said.

He added the parents of the Charlottesville Twelve are the ones people should praise because playing with his family and friends has always been a coping mechanism.

“They were the ones who made the sacrifice,” he said. “We didn’t make any sacrifice. They told us, ‘This is what you’re [going] to do.’ And that’s what you did.”

After Woodfolk left Venable, he attended Burley High. He enrolled at Lane High his sophomore year and played football for the school. He then won a state championship with the school.

“I felt a sense of pride that we accomplished something,” said Woodfolk, who went on to earn a marketing degree from Howard University in 1970.

Just like Woodfolk, Lewis said she didn’t have any overt “bad experiences” at the city schools.

“For the most part, I had no problems with the students. I made friends,” Lewis said. “I was invited to some of their homes to play.”

Lewis, who enrolled at Venable in fourth grade, argued her peers were young and innocent, adding that she was around them long enough in the fifth and sixth grade that she thought she was just one of them.

One student had sent her a note with the N-word, though.

“I pretty much threw it in the trash and forgot it,” Lewis said.

She added she didn’t want to start any problems in the school because at that age, the last thing she wanted was to be singled out.

On a different occasion, Lewis said she might have been a target while playing dodgeball. She said there was a group of people in the middle, but the students kept throwing the ball directly at her.

Lewis said the gym teacher realized that and reprimanded the students for throwing the ball at her. 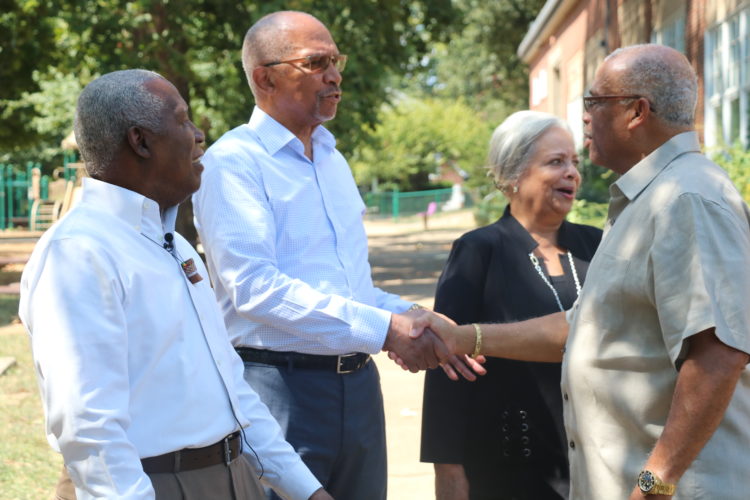 Some of the members of Charlottesville Twelve greeted each other: (From Left to right) Alexander, Martin, Lewis and Woodfolk