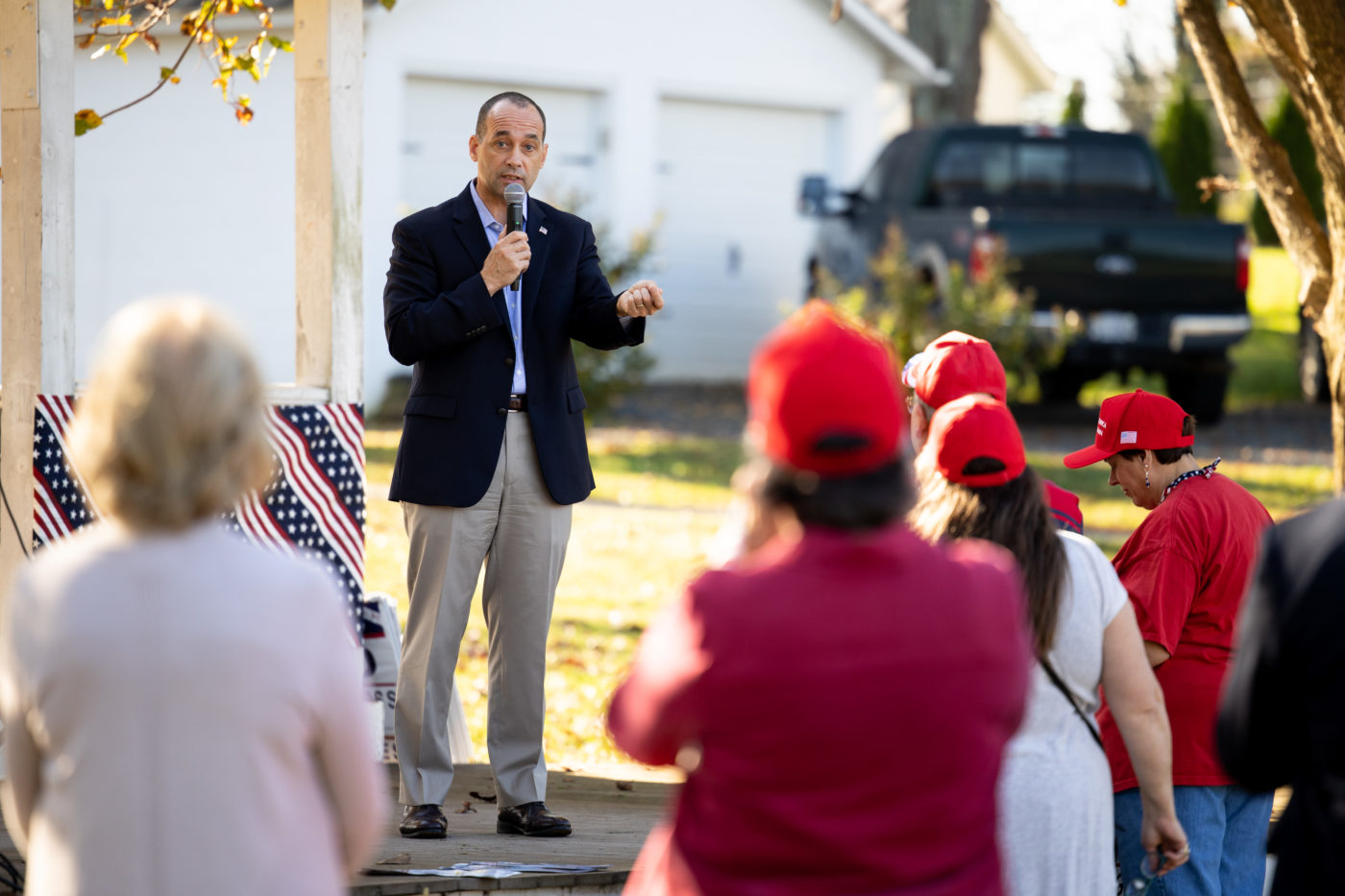 Bob Good speaks to a crowd in Madison Couny.

On a cool Thursday morning in front of the Madison County Library, a ring of campaign signs dotted the dewy grass. A crowd of about 50 community members filled the ring — red hats, American flags and posters at the ready. They had gathered to listen to the words of Republican 5th Congressional District candidate Bob Good and featured guest, House Republican Whip Steve Scalise.

The rally, similar to previous Good events near Charlottesville, attracted some opposition. A handful of counter demonstrators arrived at the event that was advertised as open to the public. They were told they couldn’t be there by members of the Madison County Sheriff’s Office, due to the fact that it was private property owned by the library. 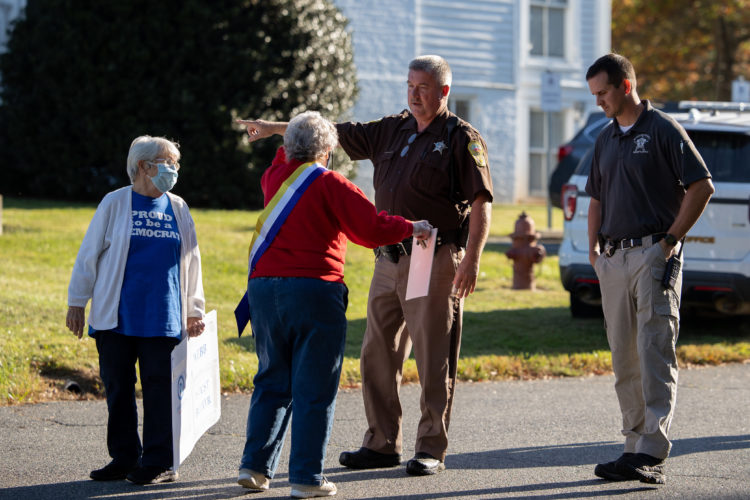 Democratic demonstrators are directed away from a rally for republican congressional candidate Bob Good in Madison County.

She went on to explain that “We’re not here to yell or scream, we just want to have our say.”

Fellow demonstrator Kathleen Hoffman said that “we just want people to have a little thought about what they’re doing and who they’re backing.”

When asked why the senior citizens were asked to leave, Madison County Sheriff Erik Weaver said, “Pretty much, when the Secret Service/Capital Police ask you to move somebody due to a security issue, you move somebody.” 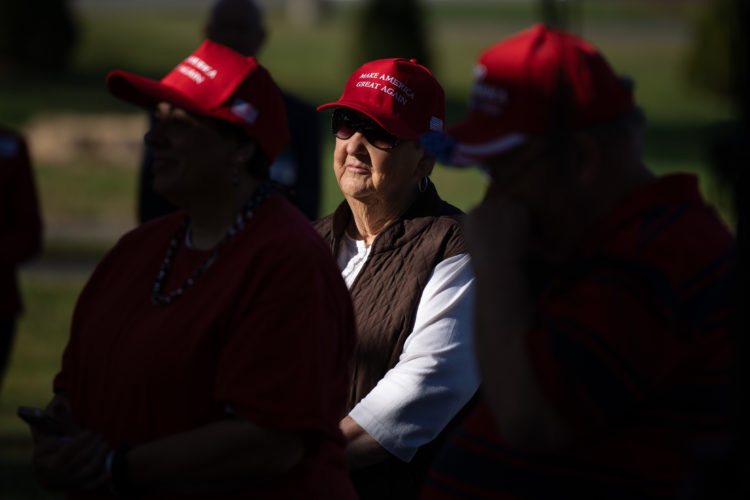 Over on the stage, Bob Good spoke to potential voters. He discussed the importance of this election and what is being voted on beyond just the presidency.

Second Amendment rights, law and order, education and healthcare are on the ballot according to Good.

Throughout the event, Good, a born-again Christian, evoked God, and the event began with a prayer. He finished up his speech by asking people to vote early so that they could volunteer as poll watchers on Election Day.

Scalise then took to the stage, beginning with an anecdote about his daughter, Madison, and then launching into how Joe Biden and the Democrats would lead the country into socialism.

“I never thought I’d see a time in my life, where we were debating whether or not to embrace socialist policies in America” Scalise said.

He went on to discuss the impeachment of President Donald Trump, China’s part in the current COVID-19 crisis, and Trump’s decision to pull out of the Paris Accord.

After about an hour the speeches finished up and Good began to mingle in the unmasked crowd, shaking hands and speaking with his supporters.