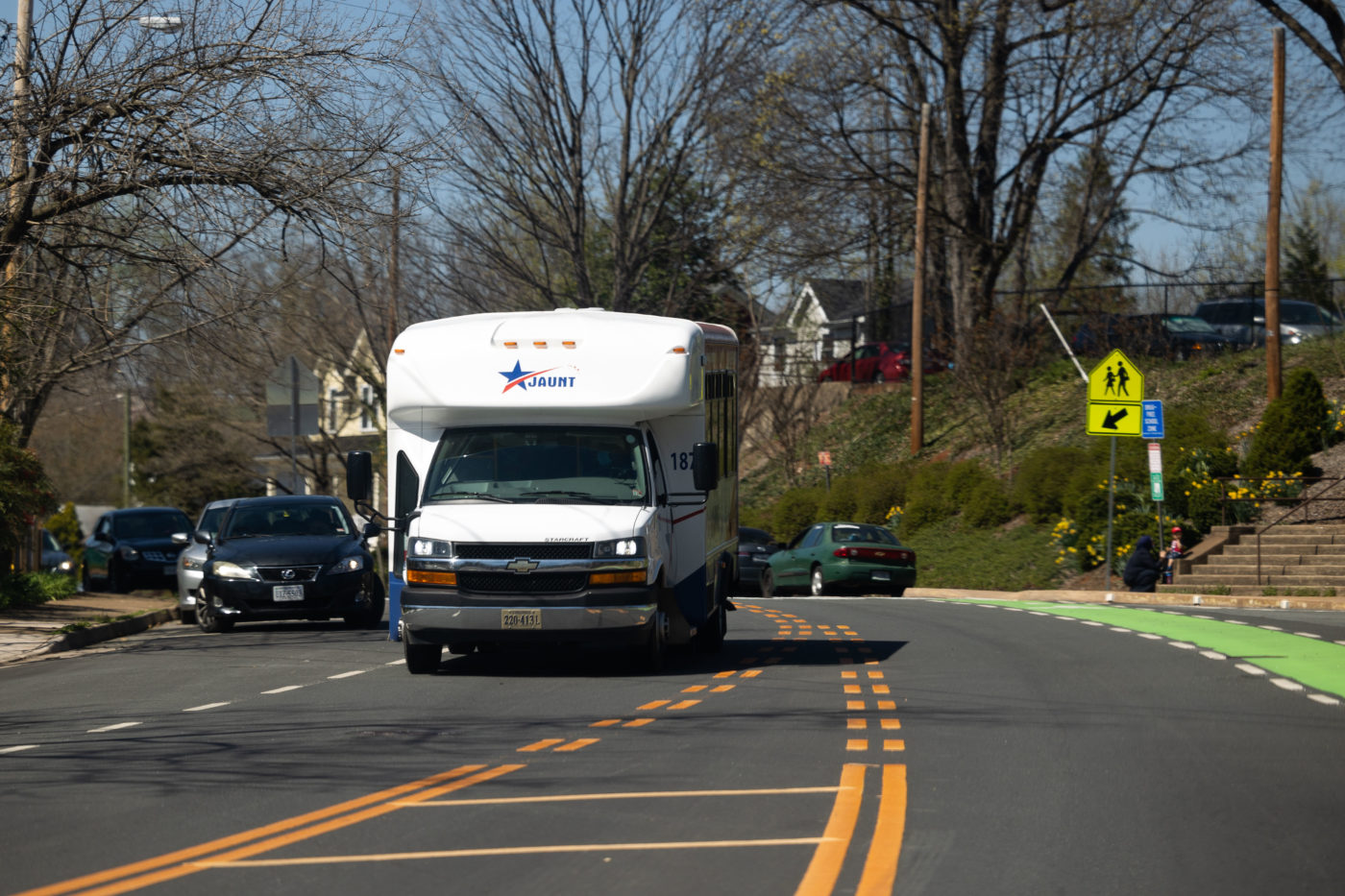 Jaunt Inc. has released the “numerous expenses for goods, services and travel” that were flagged as unreasonable by auditors and led to the resignation of its former chief executive officer.

Company receipts show that between June 2019 and March 2020, former CEO Brad Sheffield and other members of Jaunt’s leadership team traveled twice to Paris, once to the United Kingdom, once to Las Vegas and took various trips to other American cities. The trips were mainly to attend conferences or industry meetings.

The receipts were provided to Charlottesville Tomorrow in response to a public records request.

Jaunt initially refused to provide the receipts, saying that, as a private company, it is not subject to the state’s Freedom of Information Act — which requires public agencies provide their records to the public.

Jaunt is registered as a public service corporation, a private company owned by the local governments in the areas it serves. It pays no taxes and 93% of its budget comes from taxpayer money, according to data it submitted to the city of Charlottesville when applying for funding in 2019.

A local conservative talk show radio host sued Jaunt in December over its refusal to fill a similar FOIA. That suit, brought by Rob Schilling, was settled out of court last week with Jaunt agreeing to fill the request.

Both Schilling and Charlottesville Tomorrow requested the expenses flagged during an annual financial audit in December. Such audits are required of entities that receive certain federal monies.

The auditors said that due to Jaunt’s internal accounting system, they were unable to determine whether federal tax money was used to pay for the lavish travel. Sheffield has said that he only used money from private contracts for travel expenses.

The receipts begin with Sheffield taking a series of trips to Chicago; Atlanta; Virginia Beach; and Columbus, Ohio, in the late summer and early fall of 2019.

The following month, in October 2019, Sheffield purchased a $7,275.95 flight from New York to Paris to attend the Autonomous Summit, an industry event. While there, he booked a room in the Hotel Prince de Galles for five nights at nearly $1,000 a night.

The auditors determined that these, and other travel expenses were “beyond … reasonable,” and brought their findings to Jaunt’s board in December 2020.

According to a Jaunt spokeswoman, this was the first time the board saw the expenses.

“Unfortunately, Brad did a pretty good job of obfuscating how he spent this money,” said Jody Saunders, a spokeswoman for Jaunt. “When this was brought to the board’s attention at the outset of the audit, they took action immediately and asked for his resignation. From the board’s perspective, it was always a lapse in business judgement that [Sheffield] would rationalize these types of expenses that you are seeing here as acceptable.”

Sheffield recently spoke out to defend the expenses, calling them “ordinary and reasonable for companies like Jaunt.”

He created a website where he addresses criticisms of his travel expenditures and outlines his business strategy while CEO.

“In pursuit of understanding innovation and excellence, travel for Jaunt’s leadership and management admittedly included trips abroad to conferences and workshops in places like London, UK,” Sheffield said in a statement. “Further, just as I ensured the travel comfort and quality for Jaunt’s leaders, managers and frontline employees, my travel included first-class flights and comparable hotel accommodations.”

Sheffield spent 70 days traveling during fiscal year 2020 and spent roughly $66,700, he said. Jaunt’s total travel budget during that time was just over $175,000. Its full budget that year was more than $11 million.

Among said controls is a requirement that the board preapprove executive travel expenses.

While still CFO, Davis’s travel expenses were among those flagged as “beyond reasonable” by auditors, according to the receipts provided to Charlottesville Tomorrow.

Other top Jaunt leadership also appear in the receipts. Christopher Rowland, Jaunt’s chief administrative officer, for example, traveled with another adult and two children to Paris for a conference on artificial intelligence in public transportation in June 2019. They spent eight days there, paying $4,960.70 for a hotel.

“The board is committed to moving forward and rebuilding trust,” Saunders said. “I don’t think that will happen overnight, but I’m eager to help people see that there was a problem and we addressed it and it’s not a problem anymore.”