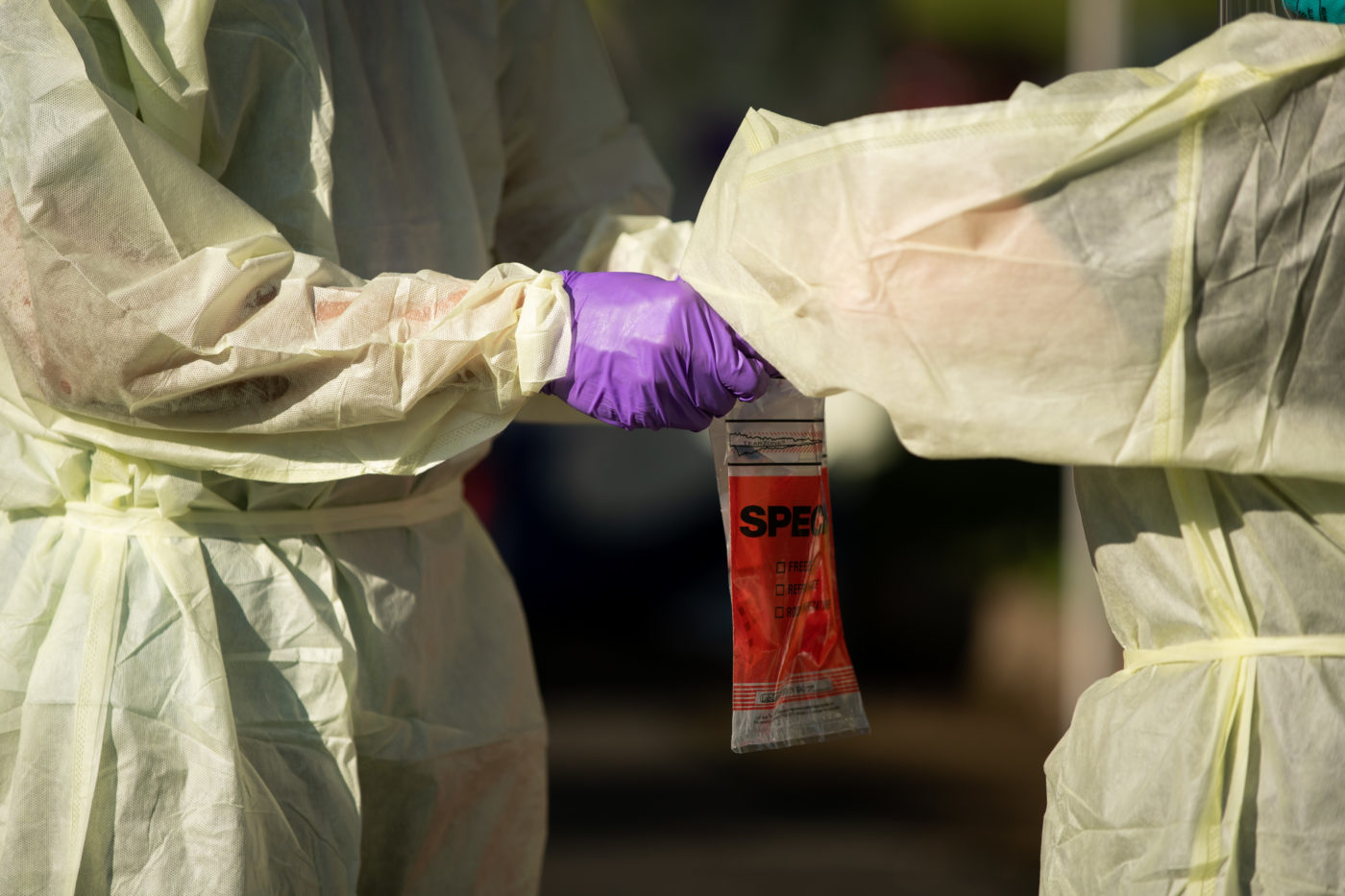 Editor’s note: As of Tuesday afternoon, Staunton is no longer on the New York Times’ list of localities with the highest rates of COVID-19. It was in the top 20 on that list Monday and had been among the top 100 since at least Thursday.

Just 40 miles west of Charlottesville, Staunton on Monday was among the top 20 places with the highest rates of COVID-19 in the country.

An outbreak at the Middle River Regional Jail helped propel the city into one of the top spots. More than 300 inmates and 50 staff members at the facility have tested positive for the disease since Nov. 20.

But health officials are quick to say that the rise in cases is not limited to the jail, nor is it limited to Staunton. COVID-19 cases are climbing in every health district in Virginia.

“Regardless of what is happening in [the jail], we have community transmission, and it’s very high across our whole region,” said Laura Lee Wight, the population health community coordinator at Central Shenandoah Health District, which includes Staunton. “We’re seeing it across the entire Commonwealth. What I’m trying to say is — we’re there.”

And the Thomas Jefferson Health District is no longer an exception.

That number is still well below the state average of 485.9, further still below Central Shenandoah’s 734.1, and a long way from Staunton’s 2,199. But it’s the rapid increase in cases and the widespread community transmission that are troubling health officials.

The disease is spreading fast enough that case investigators are struggling to determine how some people are becoming infected, said Kathryn Goodman, a spokeswoman for the TJHD. Some cases are from obvious outbreaks either in communal living facilities or large social gatherings.

“But we’re also seeing people who have no epidemiological link at all to an outbreak,” Wight said. “So they have no idea where they got it from. So that’s what substantial community transmission means, and that’s where we are.”

More troubling still is that the increase seen over the past week happened before health officials expect to see any impact from the Thanksgiving holiday weekend. That spike, from people who traveled and gathered with loved ones with whom they do not live, will probably be seen around mid-December, said Robert Parker, a spokesman for the Virginia Department of Health.

A University of Virginia COVID-19 model projects that cases here will continue to trend upward until the end of February.

The forecast is a stark reminder to people to take extra precautions this winter, health officials say — wear masks when you’re outside your home, stay 6 feet from anyone you don’t live with, wash your hands regularly, and maybe reconsider holiday plans.

“It might mean making some really tough decisions about what we are going to do for Christmas this year,” Wight said. “It sucks, there’s no way around it. But we really need to make a plan.”