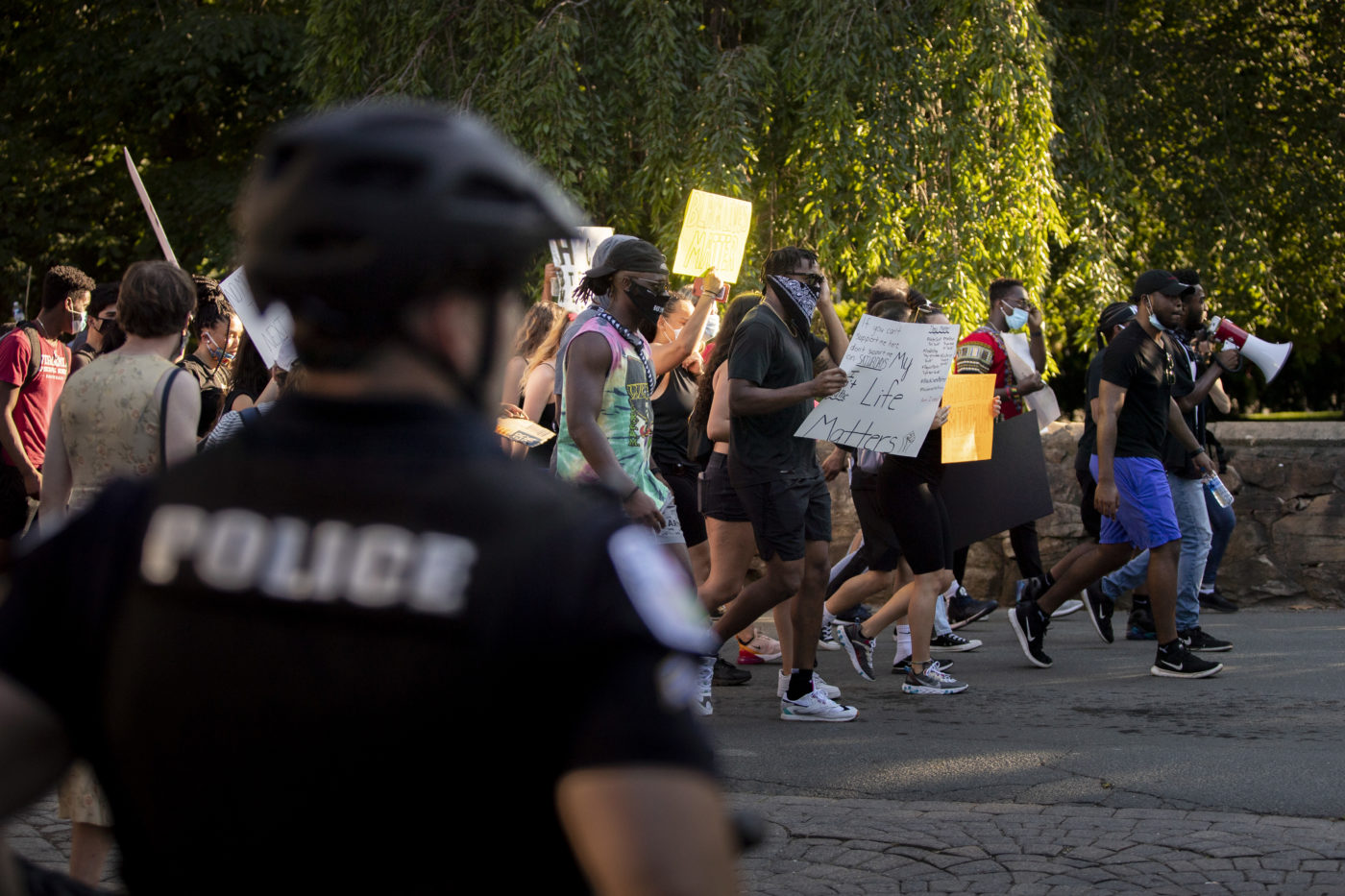 A police officer watches as protesters take to the streets in Charlottesville.

A committee composed of area stakeholders will choose an interim police chief, he said. The committee is expected to include representatives from city council, Boyle’s office, the police department, the Police Civilian Review Board and the human rights commission along with at least three Charlottesville citizens.

At this week’s City Council meeting, Boyles also announced that the Virginia Police Chiefs Association has made recommendations for potential interim candidates.

More long-term, Boyles said the city is planning to contract with a firm to search for the next permanent police chief. The committee of area residents and stakeholders may also help determine which search firm to use.

As city manager, it was within Boyles’ authority to terminate Brackney, but he has expressed remorse at Monday’s council meeting for having not also more closely involved members of the city council.

Boyles asserted that he stands firm in his decision to fire former police chief RaShall Brackney, but said he “could have and should have” engaged city council more in that process.

Charlottesville Tomorrow reached out to the city manager with questions about how the citizen members of the committee will be selected and what key qualities are ideal for the next chief, but has not heard back at the time of this publication.