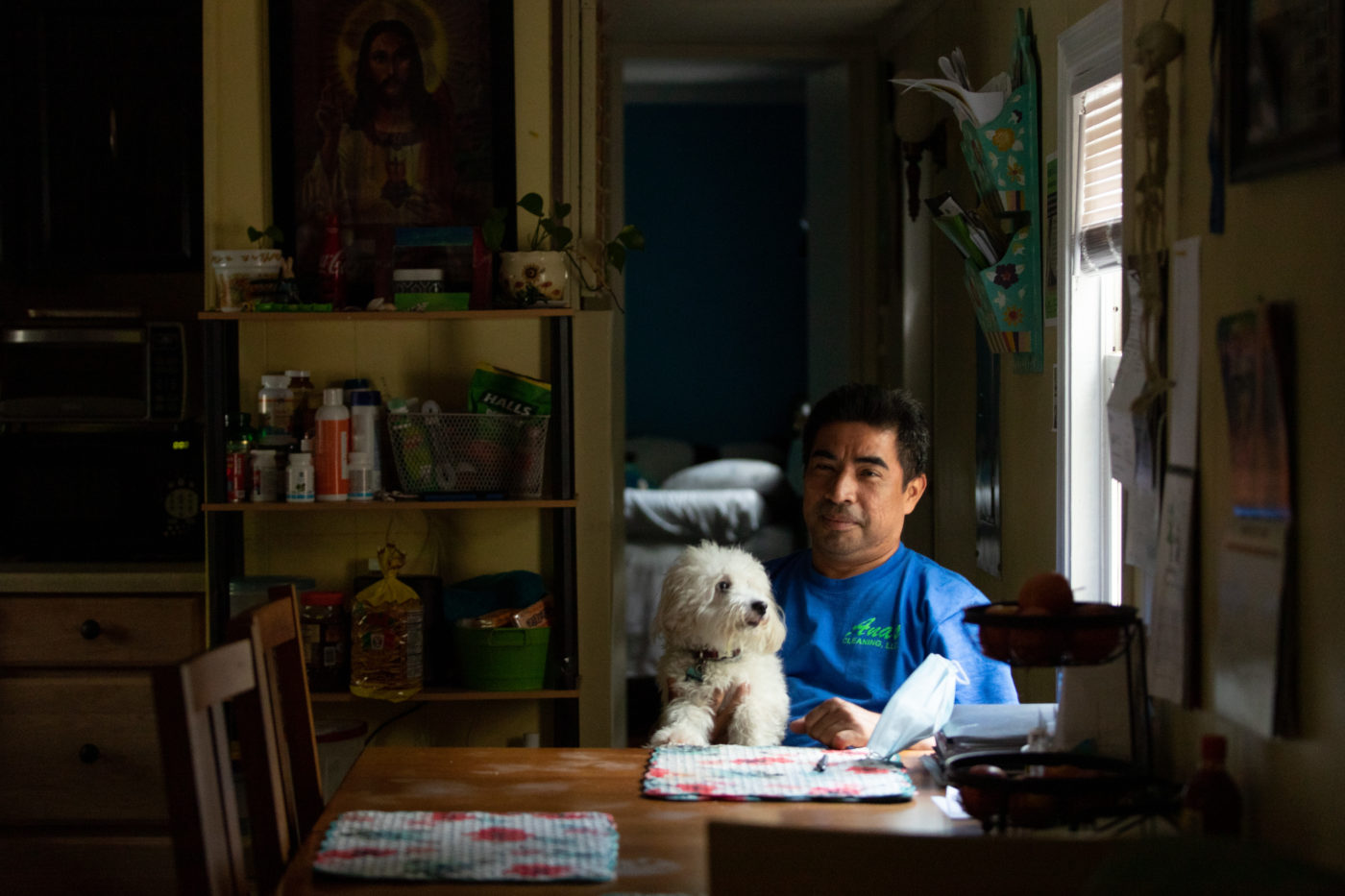 Alfredo Martínez sits in the dining area in his Southwood trailer home.

Editor’s note: The Latino immigrants interviewed for this story spoke in Spanish and their quotes were translated.

Charlottesville’s Spanish-speaking immigrant community is in an economic crisis.

The jobs that predominantly sustain these immigrant families are fewer than before the COVID-19 pandemic hit — and there’s not enough work to go around. Families are scrimping to put food on the table and struggling to pay rent.

“I’m deeply concerned about this community,” said Javier Raudales, a client service coordinator at Sin Barreras, a Charlottesville nonprofit that serves the Latino community. “We’re hearing from people who are two, three, even four months behind on rent. We’re worried about what is going to happen to them in the next month or two.”

The families hit the hardest are those who have recently immigrated — particularly from Central America.

The work these immigrants do is generally service or manual labor. Men tend to work at construction sites, paint houses or do landscaping. Women, meanwhile, often take cleaning or housekeeping jobs. And both men and women work in restaurant kitchens.

Those types of jobs evaporated immediately after Gov. Ralph Northam ordered closed all nonessential businesses in March — and they haven’t all come back.

“My husband works as a painter, painting houses,” said Roxana Melquiades, a mother of six who emigrated from Mexico in 2004.

That painting job used to be enough to provide for their family, she said. But, when the pandemic arrived, house painting dwindled. Initially, Melquiades’ husband had no work at all. He has some now, but it’s not what it was.

The family uses food stamps (provided because their children are American citizens) and food pantries to eat. Most of her husband’s income goes toward the rent on their three bedroom apartment — which they haven’t always made. 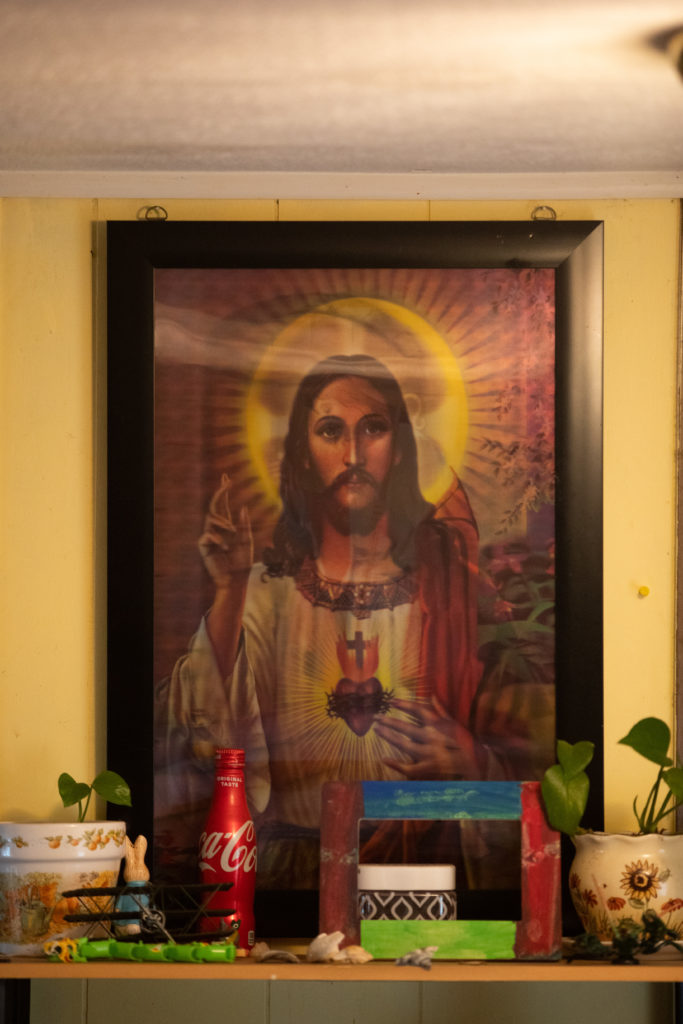 “This whole situation worries me,” Melquiades said, her voice faint. “And we don’t know how long this will last, when will all this pass? Really, I think it’s getting harder and harder.”

What makes matters worse for families like the Melquiadeses, is that many Latino immigrants living in Charlottesville are the primary breadwinners — not just for their families here — but for those at home, as well.

Without that help, the families in their home countries suffer.

“We have to divide the money between the family here and the family that is on the other side,” said Carlos Burgos, a pastor at a local Spanish-language church. “In some of our countries, the people can’t leave their houses because of the [COVID] laws they have. It is difficult for them to continue on. And without money or food, it’s hard for people.”

Martinez has had success in Charlottesville. He started and runs his own cleaning company. Before the pandemic, he earned enough money to employ other local Latino residents — and also to support his family back home.

His success in America has given him a certain notoriety in his home country. He regularly gets calls, not just from relatives, but from old neighbors and school friends who need help.

“They call and tell me they need help and ask if I will lend them money,” Martinez said, with a proud smile. “I tell them, I won’t lend you money. Because, if I lend you money, I won’t be helping you, I’ll be giving you something you have to repay. I will give you the money that you need.” 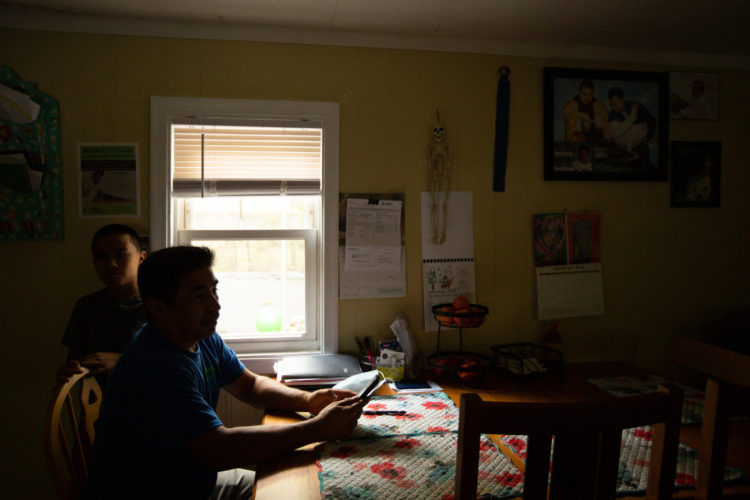 Alfredo Martinez sits at his table with his son.

That’s all stopped now. Since the pandemic began, Martinez said his business lost around 80% of its former clients. With so few clients, he is worried about keeping the business afloat — there’s no money to send home.

For now, Martinez is dividing the company’s meager income equally among all his pre-COVID employees. It’s not enough to sustain any of them, he said — but it’s the best he can do.

Countless other Latino residents are in similar positions — earning some money, but not enough.

“You take something like housekeeping, people who work cleaning hotel rooms, for example,” Raudales said. “Since people aren’t traveling as much, the hotels just don’t have as much work, so they’re only bringing workers in two days a week.”

Even immigrants who work multiple jobs aren’t always able to pull together enough hours to cover their expenses.

Nelly (a Mexican immigrant who asked that her last name be withheld) has survived for years in Charlottesville by cobbling together work in restaurants and by cleaning private houses — jobs she finds mainly on Craigslist.

“I’ve noticed that there aren’t as many jobs on Craigslist now,” Nelly said. “It’s getting harder to find work.”

Across town from Nelly, Southwood residents Maria and Ana (whose names have been changed to protect their identities) are stay-at-home moms whose husbands are both working less. Their families are struggling, but they remain resolutely positive. 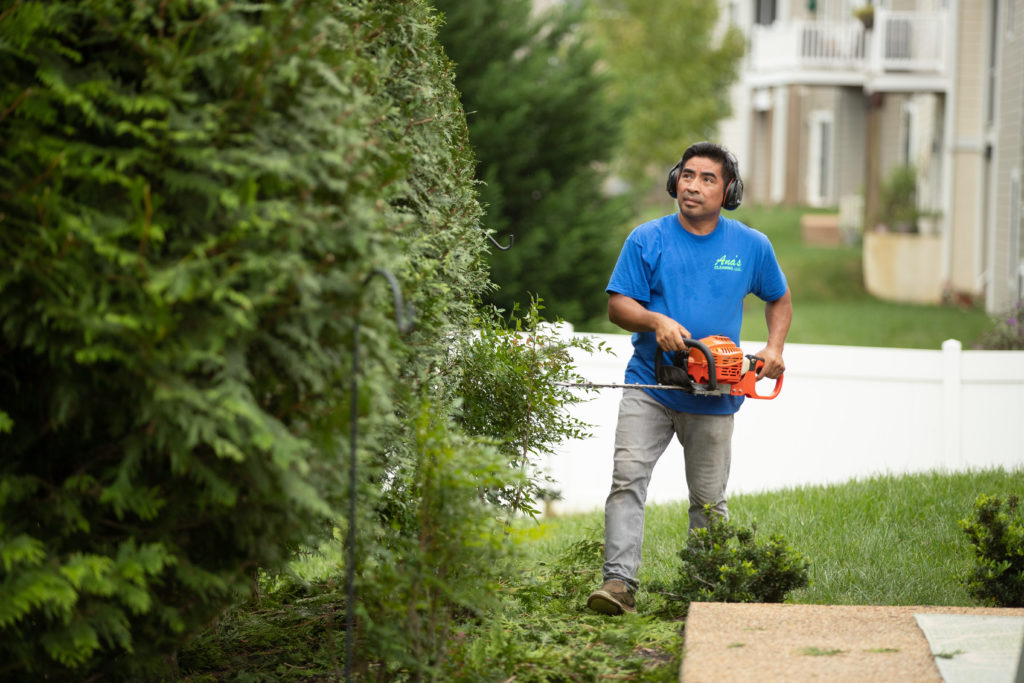 Alfredo Martinez does gardening work at a Charlottesville home. Since the pandemic hit, he expanded his cleaning business to include gardening in hopes of staying afloat.

Because their husbands are still working, they said, that makes them better off than many of their neighbors.

“It hasn’t affected us as gravely because my husband has some work, he’s always had some work as a gardener,” said Ana, who emigrated in 2011 from Guatemala. “We always have something — it’s always just a little, but we have something. My neighbors, no.”

She glanced across the lawn at her neighbor’s trailer.

“She worked at a pizza restaurant,” Ana said, in a somber voice. “It closed, so they have no money. It’s hard.”

Such stories have been reaching the small staff of Sin Barreras with alarming frequency, Raudales said. Calls for help to the agency have skyrocketed since the pandemic began.

In the beginning, food was the principal concern as incomes dropped to nothing. Many organizations across the community scrambled in that first month to distribute enough food for everyone who needed it.

“When the pandemic came, we bought some basic foods — beans, rice, everything that was compatible — that we gave out at the church,” said Burgos, the pastor, who is from Honduras.

The food crisis has mostly passed, Burgos said. Parents of American children have received food stamps and found food pantries and other churches and charities to help.

The key issue now is rent.

“We’ve been hearing from a lot of people who are working just two days a week — that’s it,” Raudales said. “People are falling behind on rent, and that is looming over them as the weather is getting colder.” 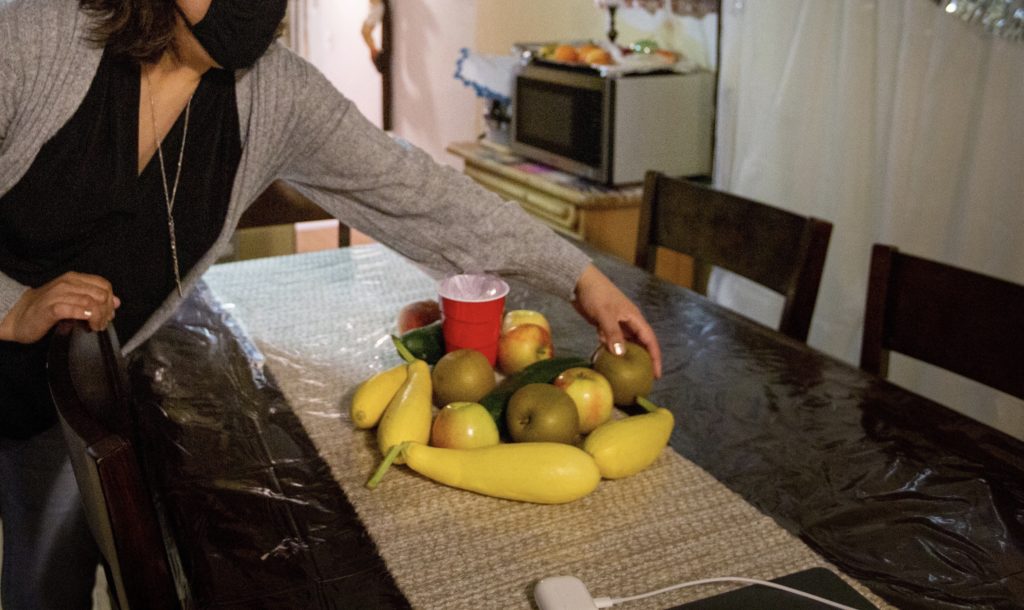 A Latina woman who did not wish to be identified places the fresh produce provided by Local Food Hub, a Charlottesville organization that gives fresh produce to Latino and other residents.

The agency is limited in what it can do. The small team is overwhelmed by calls. They have limited resources and there are only so many places they can send callers for more help.

Even with those restraints, Sin Barreras has become the nerve center for struggling Latino immigrants throughout the Charlottesville area. When asked where they go for help, the small organization is among the first places many Latino residents mention. (Click here to donate to Sin Barreras and help them expand their services.)

It’s more than immigrants from impoverished, Central American countries are used to.

“We are in a country where there is a lot of help,” Melquiades said. “Thank God, certain organizations, like Sin Barreras, have helped us. On one occasion they helped us pay several months’ rent. This is a lot of help for my situation. A lot.”

The grant that enabled Sin Barreras to help Melquiades with her rent has since run out, Raudales said. Now when people call, the organization does things like help them negotiate with their landlords, send them to local churches or connect them with the Virginia Rent and Mortgage Relief Program.

“I’ll just say it again, I’m very concerned about the community that we serve,” Raudales said. “There just isn’t enough work, and that doesn’t look like it’s going to change anytime soon.”