A poster on slavery was put up for the second year in a row at Albemarle’s Cale Elementary. Officials said they took it down for being controversial. 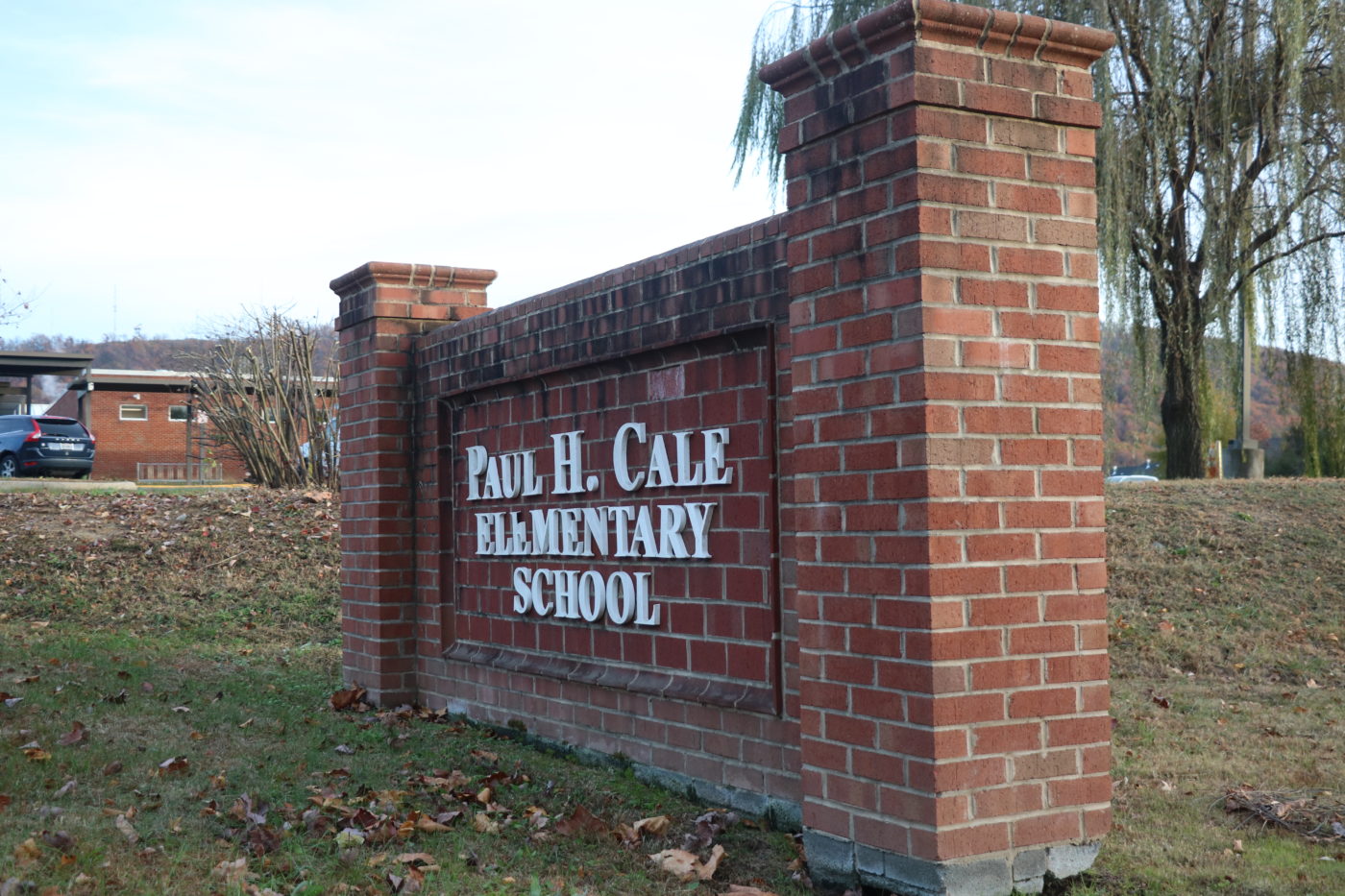 Fifth-grader Simon Gewirtz said he doesn’t think the removal of a poster from his school, Cale Elementary, was the right decision.

“I want them to put the poster back up,” the 10-year-old said Wednesday afternoon as his mother picked him up.

“We cannot do anything about history,” he added. “You cannot ignore it. … It’s unfair that they made people slaves because of the color of their skin.”

As a part of Black History Month, a colorful poster was placed on a wall that said, “Dear Students, They didn’t steal slaves. They stole scientists, doctors, architects, teachers, entrepreneurs, astronomers, fathers, mothers, sons, daughters, etc. and made them slaves. Sincerely, your ancestors.”

Matt Haas, superintendent of Albemarle County Public Schools, released a statement Wednesday afternoon that said the division took the poster down, not because of what’s in it is untrue, but because it “generated a contentious environment that undermined its value.”

“It became clear that in order for the poster’s message to educate and inspire, we educators needed to provide some age-appropriate context and facilitate thoughtful, cooperative conversations with students,” Haas said. “Essentially, the poster by itself, without a supplemental and common lesson, missed its mark.”

It was the second time that the poster had been displayed at Cale, officials said. It was based on one posted last year in a Mississippi school to widespread attention.

Phil Giaramita, spokesman of county schools, said a staff that designs events to celebrate Black History Month at Cale made the poster.

“It was displayed last year …. There were class discussions about the issue of slavery and the slave trade that provided the proper context for the students,” he said.  “This did not occur to the same degree this year, most assuredly because of the transition to a new principal and the poster not being approved by the new principal prior to its display.”

The poster was originally designed for a middle school in Mississippi for 12 and 13-year-old students, Giaramita said, and was “displayed in a school where students” were 6 and 7.

He added the poster was taken down after a conversation between principal Cyndi Wells and Dr. Haas.

“Wells reported the dispute that students had over the poster’s meaning, and it was decided to remove the poster on that basis.  That also was the chain of events,” Giaramita said. ” The poster was not approved by the principal prior to its display.”

On Feb. 13, a comment to The Schilling Show attributed to Haas said that the poster would come down that afternoon.

“I was not made aware of the presence of the poster until this morning, and it is clear to me that the poster was not bringing the Cale community together in a spirit of inclusivity and celebration, nor did it reflect the school’s and our division’s values of young people, excellence, respect and community,” the Feb. 13 comment states. “A poster or any school display should not detract from the importance and integrity of the school’s purpose to provide high quality teaching and learning and the best experience possible for children, staff, and families, every day.”

About a half-dozen Cale parents said they received an email from the administration before Wednesday’s formal statement that said a poster was taken down because it was “disruptive to the learning environment.”

The parents said the email failed to address the content of the poster and that, after seeing the poster later, they did not believe it was controversial.

“They didn’t say who was offended. … I’d like to know,” Cale parent Lynn April said.

In his Wednesday statement, Haas said the elementary school’s students lacked the maturity to understand the poster’s intent and that it caused “destructive confrontations” among students.

The statement to The Schilling Show said the poster “was one of several created by a committee of school employees to honor the valuable and lasting contributions of Black thought leaders, artists, business and community leaders and educators to our nation.”

The division did say Wednesday that it will work under the guidance of its antiracism policy and Bernard Hairston, assistant superintendent for school community empowerment, along with its  Black History Month Committee, “to evaluate the poster, assess the situation and determine the next steps.

Among their goals are uncovering misunderstandings and misconceptions, considering all perspectives, and leveraging culturally responsive teaching and experiences to benefit students, the school, and the community as a whole.”

Erin, a Cale parent who did not want her last name revealed, said she understands that the poster’s language could have been inappropriate for the younger children, but she thinks their reading skills might not yet be refined enough to comprehend it.

She said the issue was above her kindergartner’s understanding.

“The older kids at [the school] can understand it,” Erin said. “I don’t think a kindergartner is going to look at that. They cannot even read yet.”

Cale is one of the most diverse schools in the Albemarle schools, and Erin said that is one of the reasons she enrolled her child there.

Virginia Department of Education data show that white students account for 45.2% of the student body, 32.5% are Latino and African Americans make up 11.6%.

“It has a lot of culture. That’s one of the things we appreciate about the school,” Erin said. “I think it’s a good thing to have the conversation about differences in culture and slavery.”

Exposing her children to different cultures is important to Erin and her husband, she said, adding that she took her children to the African American History Museum in Washington, D.C., this past weekend.

Although they’re young, Erin said, she wants them to know what happened in the U.S. But, she added, it’s important to wait until they get older because it’s a lot for them to grasp.

“It’s an important month. As a non-minority, I would want it to be an open discussion to get the root of the issue,” she said. “… I’m not really sure who would be offended by [the poster]. I guess the context of it gives character and more of an idea about who the slaves were before they were taken.”

There’s a discussion that needs to be had around the poster that made it disruptive, Erin said.

“I’d like to hear the opinion of someone who thought it was [disruptive],” she said.

Teaching an unvarnished history of slavery has become a critical, nationwide effort.

Last summer, The New York Times launched its ongoing 1619 Project, which began with a special edition of The New York Times Magazine. The project, with looks at slavery in America and its continued ripple effects, draws its name from the year the first slave ship arrived in the British Colonies.

On Monday, Times reporter and project creator Nikole Hannah-Jones spoke at two presentations at the University of Virginia and the Haven.

“This is a place I think that shows that the past is not dead at all. It’s a place that’s clearly still grappling and struggling with that legacy,” Hannah-Jones said at the Haven. “And so, I think it was important to have that conversation here.”

Along with reassessing the slavery poster, Albemarle County Public Schools is reckoning with its own history.

The process was set into motion in 2018 after Lorenzo Dickerson, web and social media specialist for county schools, presented a video highlighting segregation and school integration both nationally and locally.

The video referenced a 1956 article in Commentary magazine that, through extensive paraphrasing, said that Cale argued against integration in the wake of the U.S. Supreme Court’s 1954 Brown v. Board of Education ruling.

The division has set up a process to review the namesakes of each of its schools and make recommendations on whether to rename them. 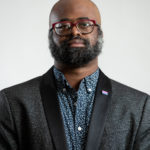