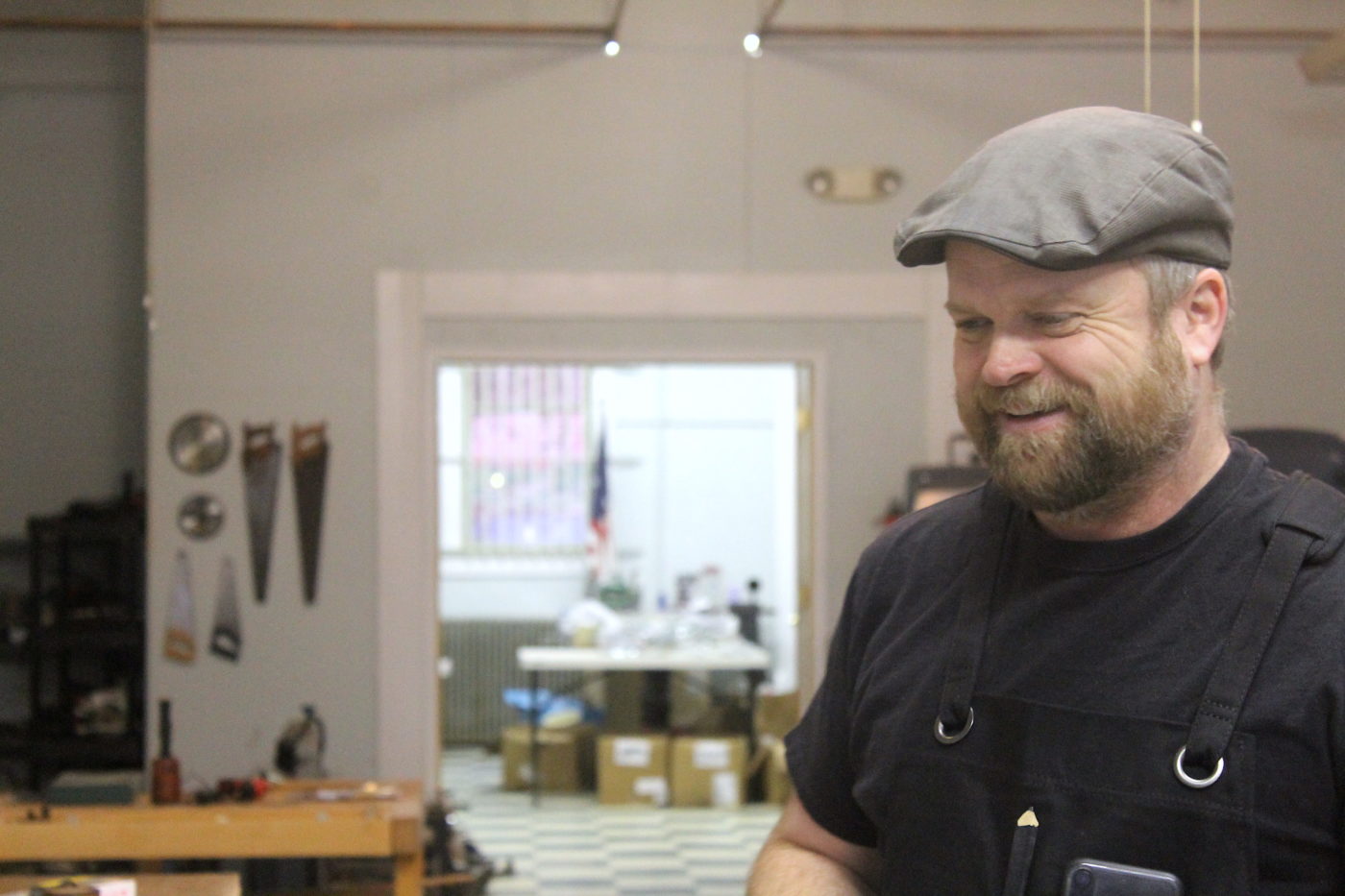 Abbott created The Space in Scottsville as a program run by his veteran-focused nonprofit and radio show Coming Home Well. The Space has the tools and volunteer experts to allow adults and children to do creative activities ranging from pottery and woodworking to coding and 3D printing.

Abbott said that veterans need three key things for good mental health and to prevent suicide: a house, a dog and a job. Woodworking and starting the maker space has been part of his own journey towards mental health, he said.

“This is purpose. This has been very irritating and tiring, but it’s kept me going through winter,” Abbott said.

The Space is part of a new-old Scottsville, a place that wants to grow as a job center while maintaining the character and small-town feel that residents love.

“[We do that by] building on our strengths. What are the parts of our community that people care about the most and how do we do those things better?” said Town Manager Matt Lawless.

Lawless said that Scottsville residents want to be regulars at area stores and run into people they know while walking their dogs or biking with their kids. Lawless said he thinks they can keep that character while adding amenities that people want, like a daycare or a Mexican restaurant. 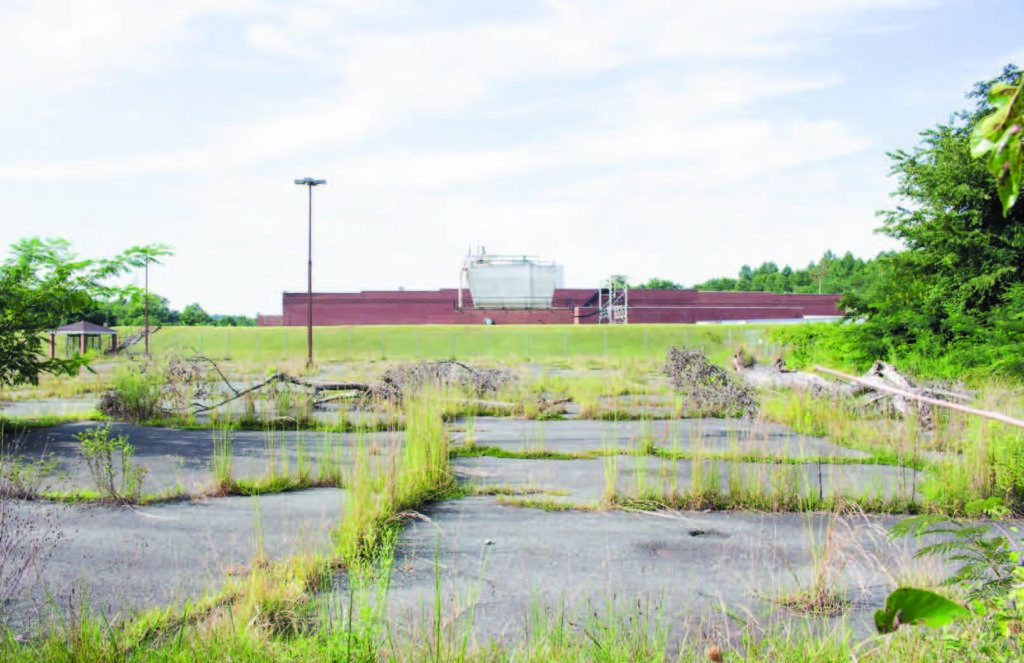 When the Hyosung Tire Plant closed in 2009, Scottsville lost more than 100 jobs.

Credit: University of Virginia School of Architecture/Town of Scottsville

Much of the town government’s attention is focused on transforming Scottsville’s old tire factory.

When the Hyosung Tire Plant closed in 2009, the town lost more than 100 jobs. Charles Hurt’s Virginia Land Co. currently owns the property and has been unable to sell it as an industrial site, so the town is working on a blueprint to redevelop the property in line with community priorities.

“Once that gets redeveloped, it could change the character of the town overnight. That’s something that the Town Council is very sensitive to,” said Town Council member Stuart Munson.

The factory property is tucked out of sight of Scottsville’s downtown, which allows the town more flexibility, Munson said. The redevelopment and reuse of the historic Woolen Mills factory in Charlottesville into an event space, tasting room and new office for WillowTree Inc. is encouraging for their own plans.

The town is working on adoption of the plan, which was drafted and informed by studies from Waukeshaw Development, the Thomas Jefferson Planning District Commission and Timmons Group. 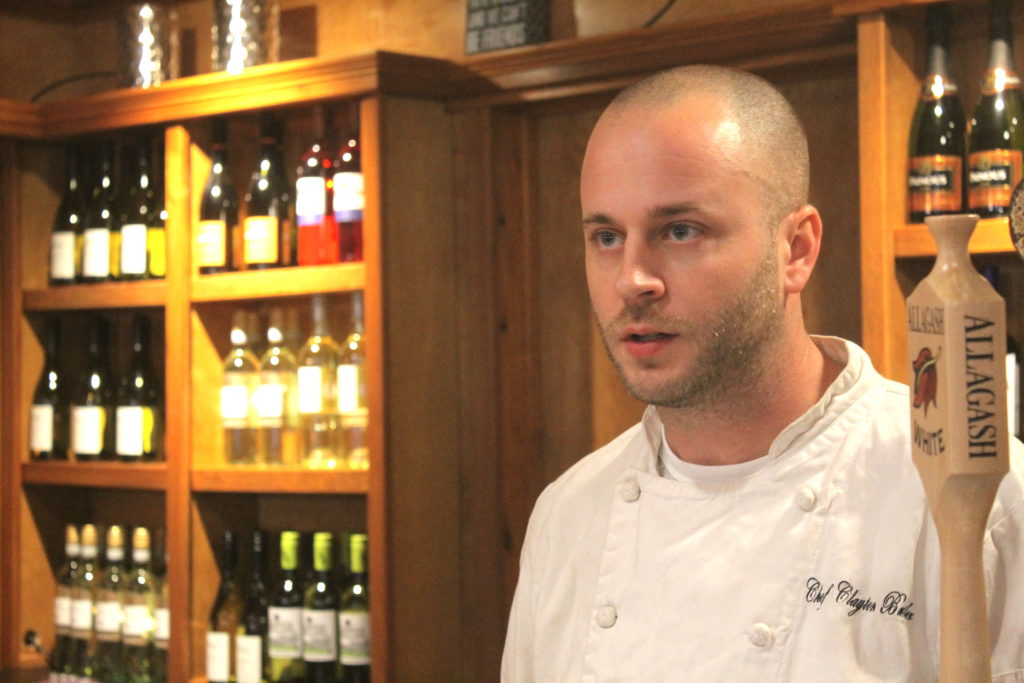 Chef Clayton Butler stands behind the bar at The Batteau in early January.

The prices in Scottsville — for both housing and food — are generally lower than in Charlottesville. The town has not had a fine dining option in several years, Munson said.

Chef Clayton Butler opened The Batteau this fall to fill that niche. Butler has already operated two successful businesses in town and said he has been planning this restaurant for years.

Butler bought The Batteau’s building and saw to much of the details of the renovation himself, including hand-painting the walls of the dining room to get the color he wanted. Butler said the old building was in desperate need of repairs from being neglected for seven years.

The menu has southern and French cuisine, plus other dishes that Butler thinks taste good. He grew up in Louisiana and decided to open his restaurant in this building on Valley Street partially because the balcony reminds him of New Orleans. 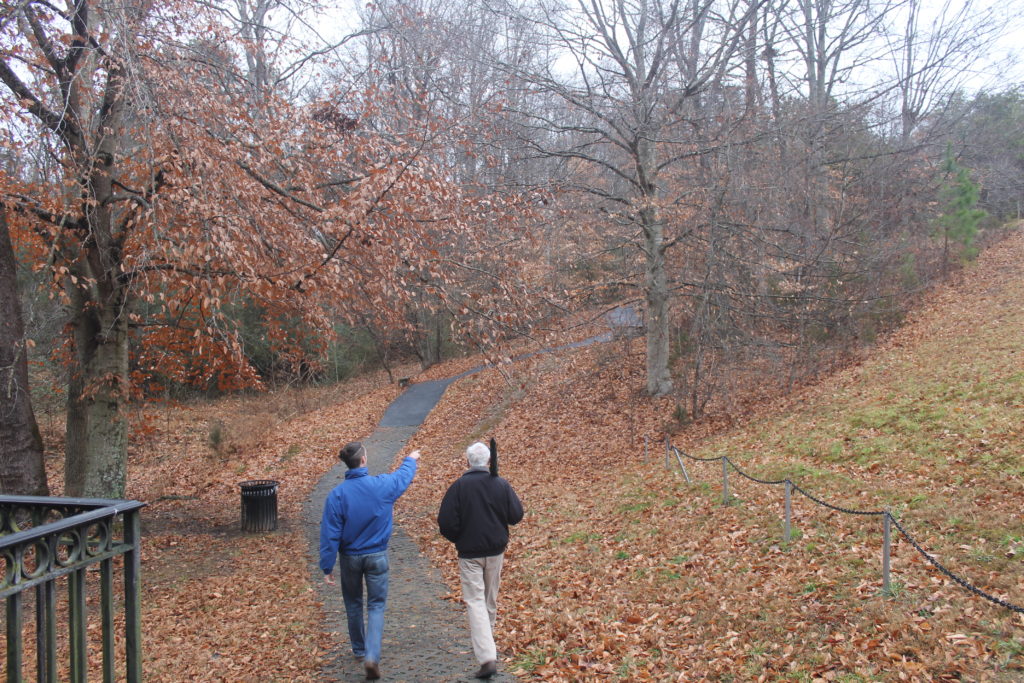 Scottsville’s historic downtown is just a few blocks long on Valley Street. If you turn off the main road and down the right alley, you find a key flood prevention measure that has now become a public park, the Van Clief Nature Area.

Eagle Scout Sam Hess built trail markers and two small bridges for the park this year, and a new mural highlights the entrance to the park — although Munson said he would still like it to be more visible.

The land was donated to the town by Daniel and Margaret Van Clief in the 1970s and it became part of the town’s new levee system. Now officially open to the public, the park could potentially serve as a connector to future neighborhoods.

“The kind of cool thing about this town is that the historic part that you see here is really only a piece of it. If you look at the town map, you’ve got Van Clief in the center, which could become sort of like a central park,” Munson said.

The other half of the map is largely undeveloped and, again, owned by Charles Hurt. Like the tire factory, the property is not selling with its current rural zoning. Munson and Lawless said that it might be rezoned for more of a neighborhood feel with some small-scale shops. 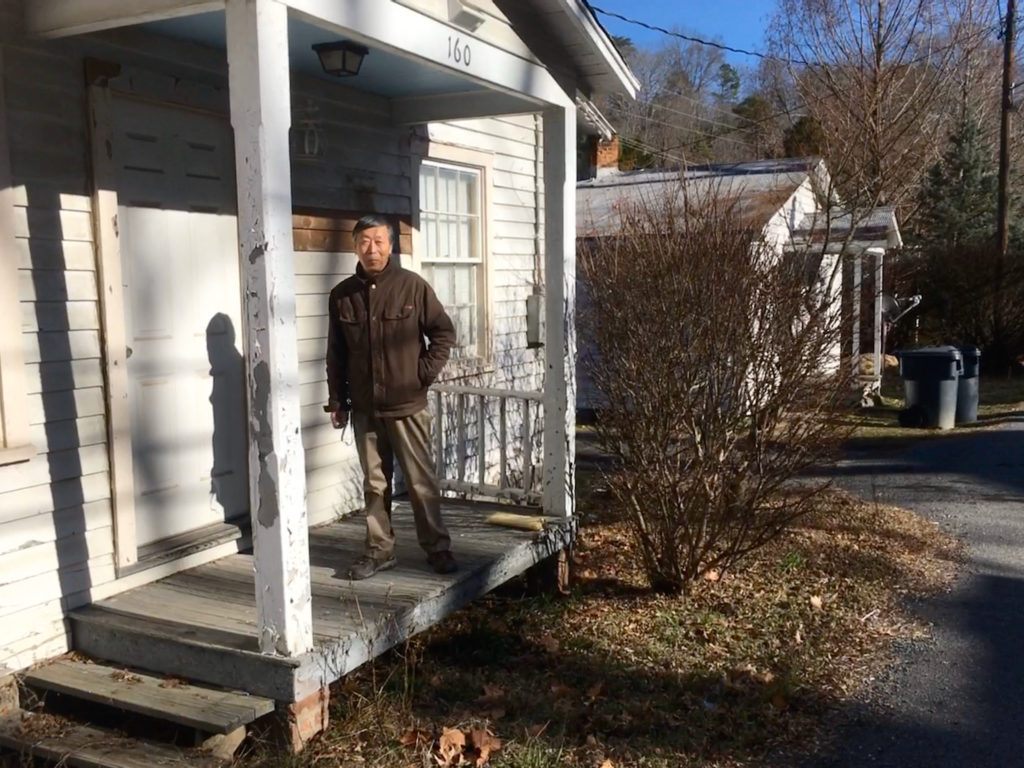 Entrepreneur Jianyu Feng is renovating a cottage on Warren Street in his free time.

Across Valley Street from the Van Clief Nature Area mural is a small street of houses and cottages.

Two of the cottages are now affordable rentals, thanks to the efforts of Jianyu Feng, who co-founded Scottsville’s Beijing Kitchen and now runs the store The Outlet.

Feng renovated and repaired the two homes and is now working on another. Feng does much of the work himself in his free time, using YouTube to learn how to build floors and insulate walls.

“I’m not trying to make a whole lot of money. It’s just something for me to do, a hobby. I like to do a little bit of carpentry and have that feeling of achievement,” Feng said.

The former owner of the three cottages approached Feng about the purchase because the repairs necessary were overwhelming. Feng said that the still-unfinished cottage was partially collapsed and that he had to tear everything out except for the walls and start from scratch.