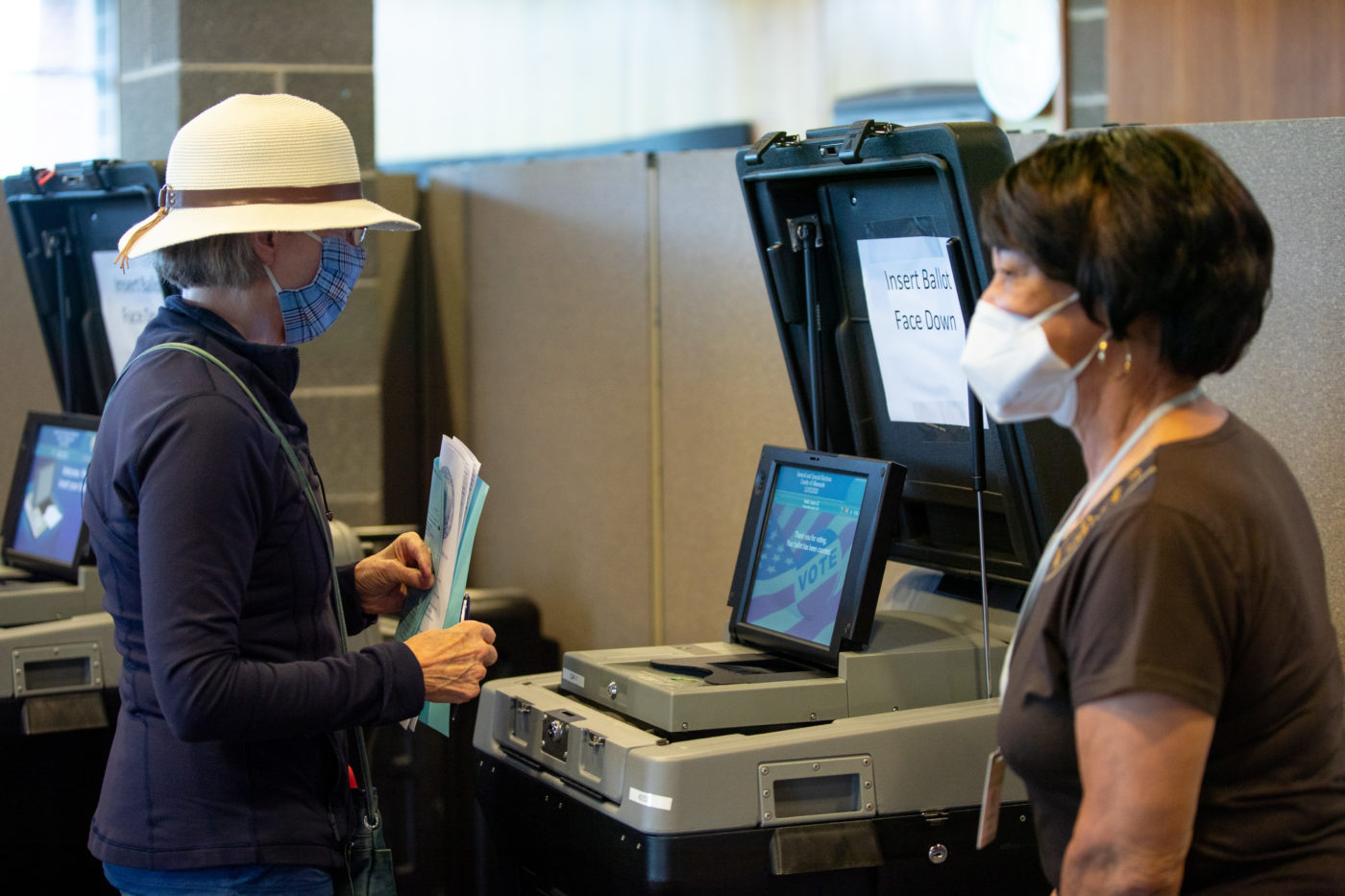 A vote that could reshape the future of voting

Beyond the presidential and congressional candidates whose names will appear on ballots this year, there are two state constitutional amendments to vote on, as well. The first has been nearly 20 years in the making — and it could reshape voting for the next decade.

The amendment to Virginia’s constitution could create a nonpartisan commission to draft new voting district maps based on 2020 census data. The need, advocates say, stems from the state’s legislative body tending to draw unfair maps designed to push out or keep in various voter demographics, keeping some legislators safely in their seats.

“We deserve to have voting districts that reflect our communities and allow voters to make the decision on who represents them,” said Brian Cannon, director of OneVirginia2021, an advocacy group that lobbied for the amendment.  “The current system is unfair because it robs voters of that choice and creates districts that reflect some incumbent politician’s re-election strategy. This carves up our communities and insulates legislators from the will of the people.”

The amendment, if passed, would create a commission will:

Cannon says the process is complex but designed to have checks and balances that will “minimize the shenanigans that can be played.”

If the process fails to reach a consensus, the Supreme Court of Virginia would then assume control and draw the lines.

Designed to be as nonpartisan as possible, the proposed commission aims to create fairer maps that are more representative of communities across the state. Cannon said that once established, the commission’s work will take place from January to March of next year to create district maps for both the state’s general assembly and its congressional districts that represent Virginia at the federal level.

Having ultimately garnered support from current legislators on both sides of the aisle, the efforts have been nearly 20 years in the making with republicans and democrats alike balking at various ideas to redraw voting maps.

After a previous decade of advocacy leading up to it, a 2011 commission from former governor Robert McDonnell yielded recommendations that the general assembly discarded.

In a once republican-majority legislature, there was a strong push by democrats for redistricting that has somewhat cooled. Some recent hesitancy surrounding the amendment stems in the democratic party due to the fact that if the commission fails to produce maps, responsibility shifts to the supreme court of the state.

Kidd said more progressive democrats are leery of the possibility of the maps going to the Supreme court because the court has largely been appointed by republicans over the years.

Cannon critiques the current court for being “too deferential to the legislature” but said the members are “not party hacks.”

Cannon notes recent cases that have run through the supreme court of Virginia that democrats would favor, such as upholding restrictions during the Second Amendment rally in Jan. 2020, Richmond Mayor Levar Stoney’s removal of Confederate statues, and the extension of eviction moratorium during the pandemic.

“None of us will know until something happens, but the broad structure of the reform could work really well,” Kidd said.  “Presumably, those citizens  [on the commission] are not going to have the same incentives to draw partisan maps like an elected official would.”

Ultimately, Kidd is more hopeful of the amendment for its impact on redistricting reform for its enhanced transparency.

“Our biggest obstacle is the ‘I don’t know’ vote,” Cannon said.  “If we tell them what this amendment does, we win.”