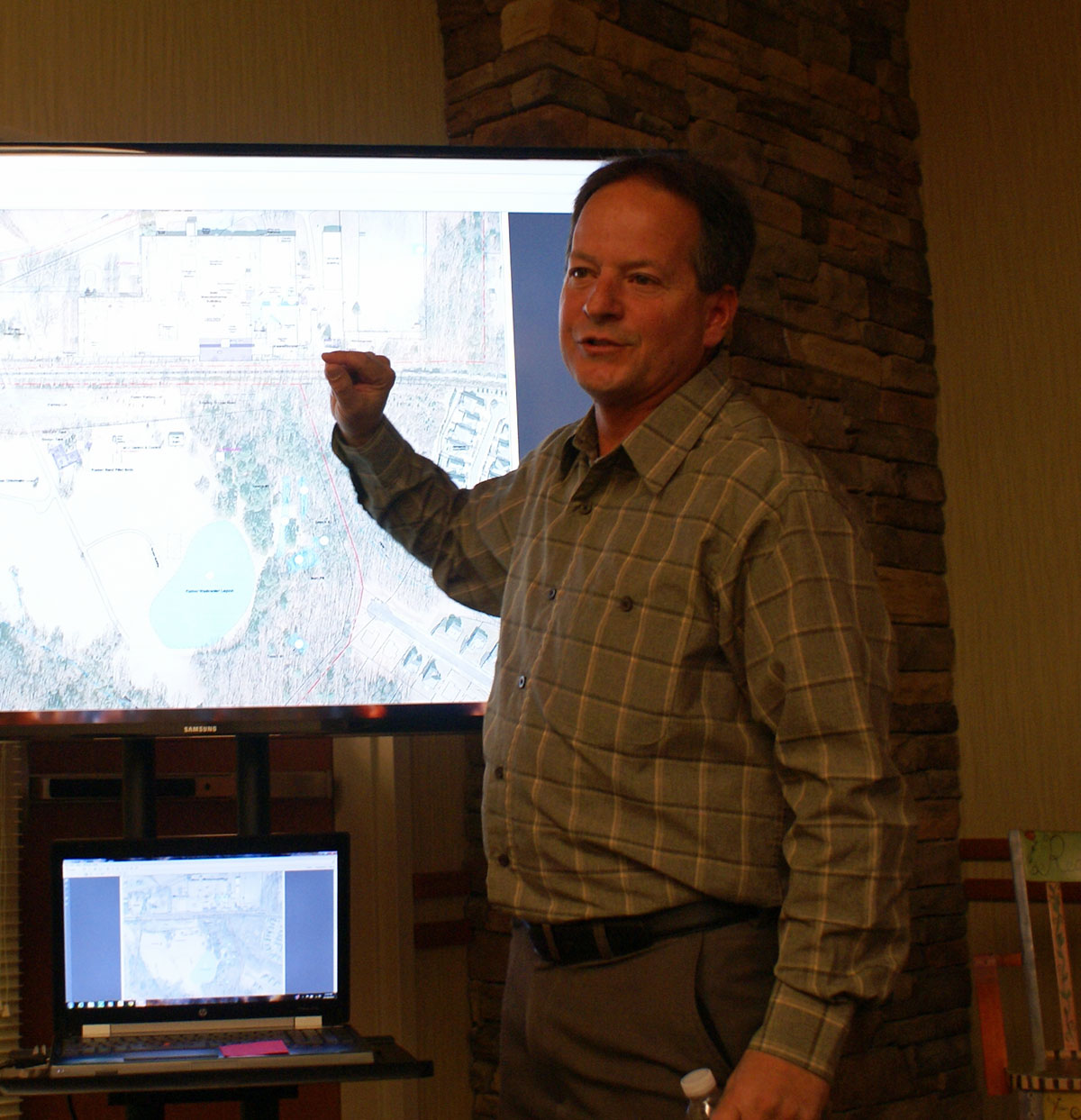 County planners to debate whether Albemarle has enough industrial land

The team working on the environmental cleanup of an industrial site in Crozet said Monday that it is on schedule to complete its work and prepare the property for sale by 2016.

The Wilson Jones Company, formerly known as Acme Visible Records, manufactured records storage systems for businesses on the site from 1950 to 2001.  The property on Route 240 has been largely vacant since the company closed.

Demolition of the major buildings began earlier this month and will continue until January, when all that will remain is the facility’s concrete slab and a former wood shop.

Environmental remediation began while Acme Visible was still in business and initially focused on a former wastewater lagoon.  It now includes 13 contamination sites on the 52-acre property.

The company used chemicals such as paints, oils and degreasers during the manufacturing process, said Leona Miles, an assistant project manager with Atlanta Environmental Management, the company overseeing the cleanup.

Miles spoke to a crowd of about 20 at a required public meeting in the Crozet Library. She was joined by a representative from the Virginia Department of Environmental Quality.

“Over last several years, a number of soil and groundwater investigations have been conducted,” she said.  “There were additional areas that required further assessment, and those investigations were conducted in June 2012.  We didn’t identify any new areas other than the 13 that we had previously.”

Miles said her firm submitted its findings to state regulators in May, and that the next phase of the cleanup is for the Virginia Department of Environmental Quality to approve a Corrective Measures Study, which identifies and evaluates alternatives to decontaminate a property.

Miles said most of the remaining areas to be addressed will require excavation and off-site disposal of contaminated soil.  Capping and treatment in place are other potential strategies.

There have been “no public health concerns identified in the investigations,” she said

That statement reassured one of the site’s neighbors.

“I’ve been impressed with this operation since I moved in and built our house in 2003,” said Bill Schrader, president of the Stonegate neighborhood association.  “They walk [an adjacent creek] every six months and it’s been very clean.”

Miles said that she expects the Virginia Department of Environmental Quality to approve the final cleanup plan in 2014.  There will be a 45-day public comment period because the plans will require an amendment to the existing hazardous waste permit.

“I am glad you all are here to be facilitating this clean up, and that owners are taking such a big step, because it is a huge investment on their part,” Mallek said.