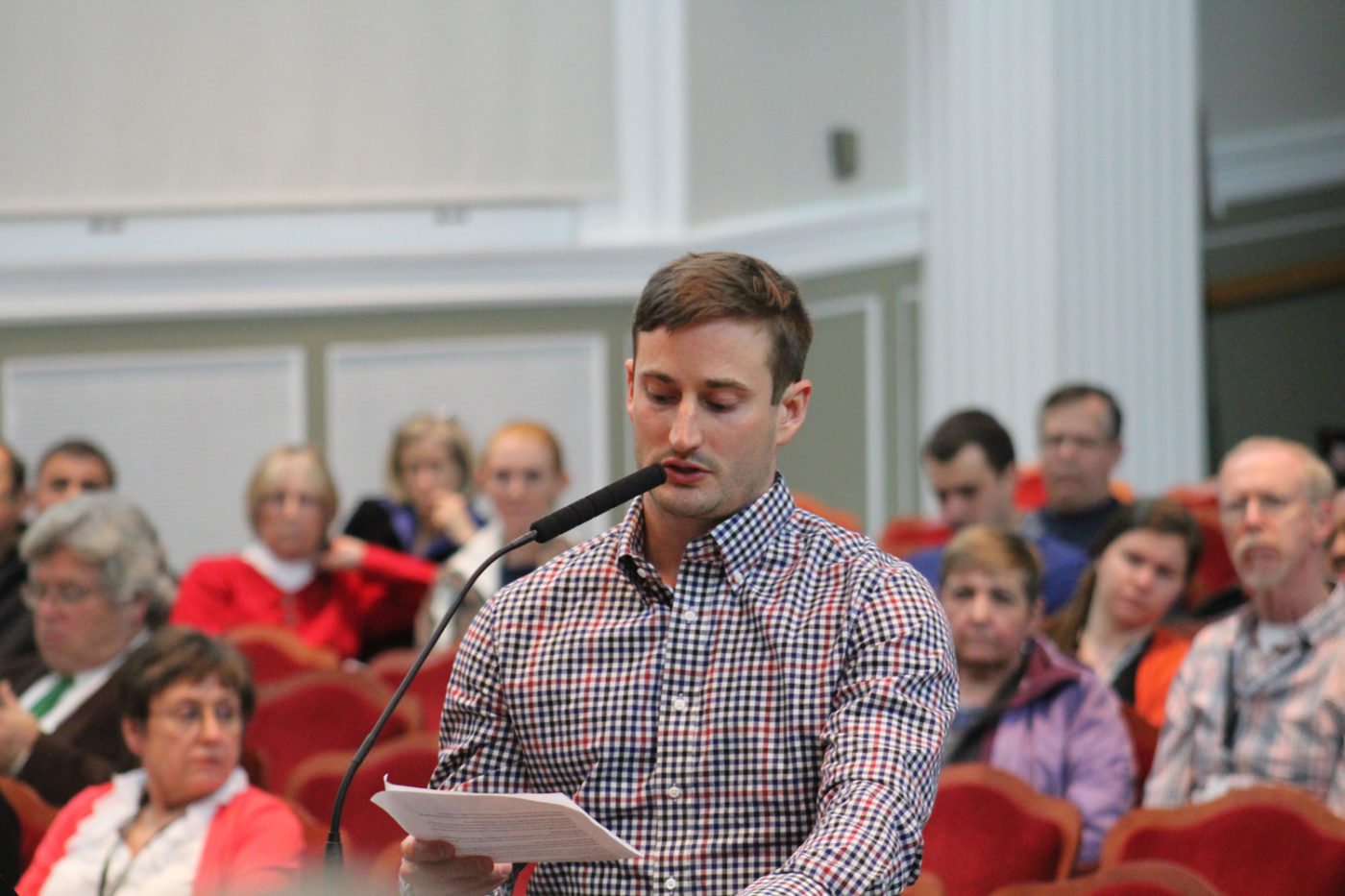 A divided Albemarle County Board of Supervisors has denied a rezoning for the proposed 80-unit Adelaide development in Crozet, prompting the developer to announce that he will build 35 units on the property instead by-right.

“By opposing Adelaide, the dissenting supervisors … have voted against inclusivity and against the recommendations of the experts that they appointed — the county staff and the planning commissioners,” Kyle Redinger said in a statement released shortly after a motion to approve the rezoning failed on a 3-3 vote.

That split is the same as after a public hearing on the rezoning was held in September. Redinger asked for a deferral at the time and had been expected to return with a plan with fewer than the 80 units he had requested.

The property is presently zoned for one single-family home per acre, and the request was to have a density of up to 6 units per acre.

“It includes 80 units equating to about five-and-a-half units per acre,” said county planner Megan Yaniglos. “A minimum of 40 units [would] be single-family detached, and the other 40 [would] be attached.”

The Albemarle County Planning Commission had recommended approval in May 2016 on a 5-2 vote.

There was no public hearing on the matter Wednesday, but several Cory Farms residents used the board’s regular public comment period to point out that the application had not changed since it was before the board in September.

“There was no change made whatsoever to the application,” said Tim O’Laughlin.

“We would find it unconscionable for the board to now approve,” said Ron Pantuck.

“At the last meeting, I listened intently to the board and community comments and attempted to in-tegrate all the advice into a new plan,” Redinger said. “Unfortunately, a revised plan sacrificed good design, housing [affordability] spectrum and feasibility for a unit-count reduction.”

Redinger said the application presented under the rezoning would provide trails, screenings, set-backs and other ways to mitigate the development. However, he said, a denial would mean he would not be required to build any of those things.

“We currently have an approved by-right plan for 35 high-end homes,” Redinger said. “This plan forces us to build closer to our neighbors and does not provide any of those positive benefits.”

No supervisors changed their minds from the September public hearing.

“My disappointment, that it has not been revised, leaves me with no decision but to adhere to my previous decision,” said Randolph.

Palmer said she continues to think the development is a good one but that it is in the wrong place.

“In good conscience, I cannot vote for this level of density in this area,” Palmer said.

Dill said he would still stick by the recommendation of the Planning Commission.

The Crozet Master Plan calls for a density range between three units and six units per acre. Shef-field said that ambiguity has led to unnecessary conflict.

“It sets false expectations,” Sheffield said. “I really wish we would do a better job of articulating what we expect in certain areas so we don’t run into these issues.”

Sheffield said the time and energy of developers and staff is wasted when different interpretations are enabled by vague dynamics.

McKeel said master plans and the Comprehensive Plan establish the framework for whether rezon-ings should be applied.

“Within those documents are density ranges,” the board chairwoman said. “It appears the appropri-ate density for this property is at the core of the dispute tonight.”

McKeel said it may be time to revisit county planning documents to clarify expectations, but she said that shouldn’t happen rezoning by rezoning.

“If we believe our communities are no longer accepting of the development-area model to ensure prescribed amenities and targeting growth into specific areas, then we revisit the Comprehensive Plan and the master plans,” McKeel said.

Mallek said the Crozet Master Plan is well-supported by the community, and the community does not want higher density on U.S. 250. However, she said the plan was supposed to have been updated in 2015 in part to reduce the ambiguity.

“There are several different elements of the Crozet Master Plan, and what seems to have happened is that one was chosen by [the Planning Commission] to be more important than the other,” Mallek said. “But it is the Board of Supervisors’ job to re-evaluate that.”

Mallek made a motion to deny the application, but it failed on a 3-3 vote.

Sheffield made a motion to approve the application, which also had a 3-3 vote.

“By the board’s rules and state law, the matter is denied,” said County Attorney Greg Kamptner.