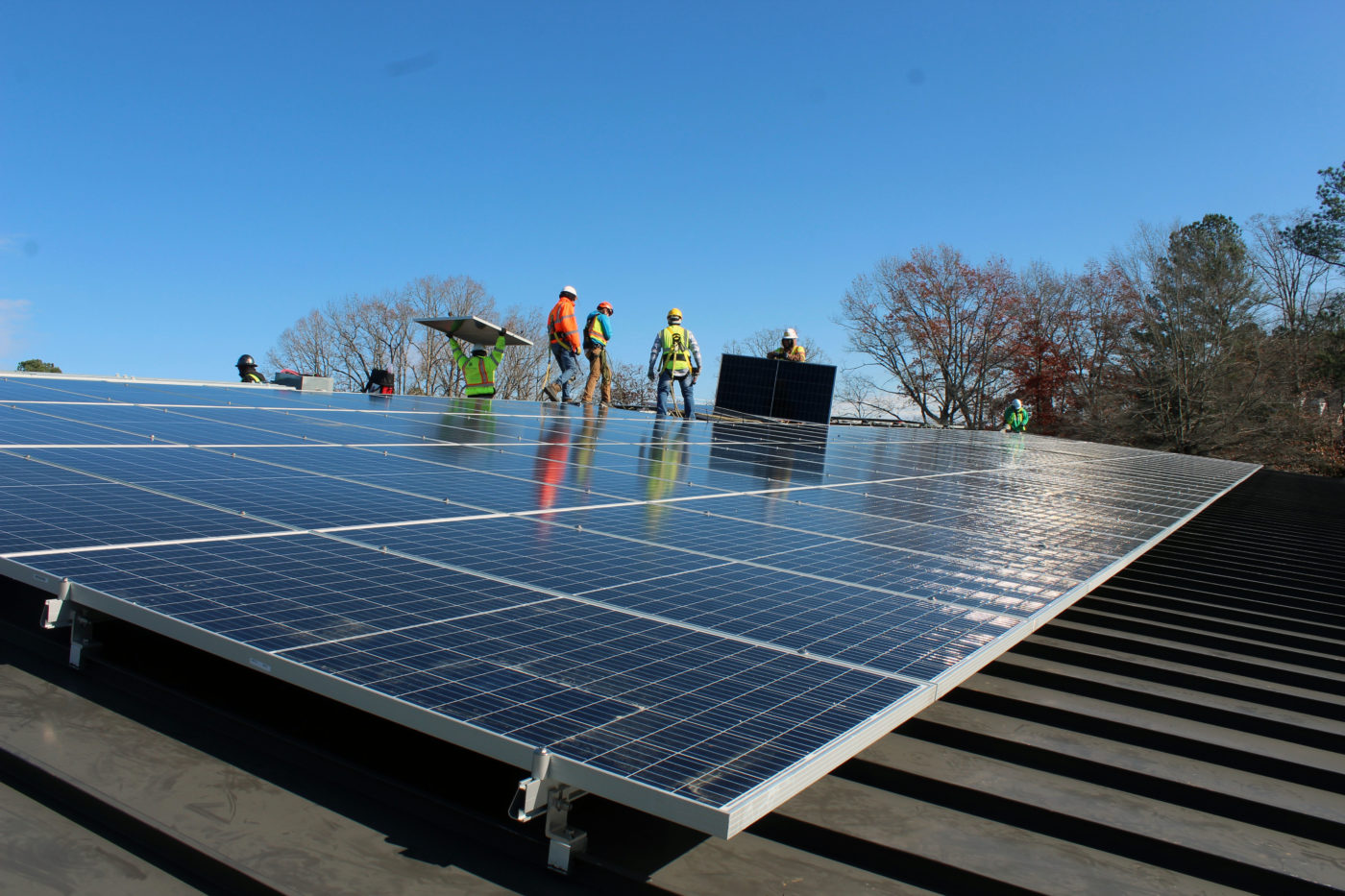 Albemarle County is set to officially adopt Phase One of its Climate Action Plan at Wednesday’s Board of Supervisors meeting. While COVID-19 delayed the formal process, it allowed planners to solicit more input over the summer to outline immediately actionable items. However, some climate advocates are also proposing additional text they urge the board to incorporate.

“COVID tripped us up like it did a lot of things,” said Greg Harper, chief of environmental services. “We drafted the Climate Action Plan as early as March.”

His team was set to present the plan that month and has since used the extra time for some fine-tuning.

“In the meantime, we thought let’s reveal it to the community since the draft is done,” he explained.

In April and May, the county’s facilities and environmental services put out a questionnaire to field some feedback on the draft. After conferring with various departments, the final draft of Phase One now includes seeking a reduction of parking requirements in land-use planning, enhancing sidewalks and bike lanes in Development Areas and incentivizing denser land use in Development Areas, for example.

Marcia Geyer, co-chair of climate advocacy group CVille 100, has spearheaded a campaign encouraging the county to undergo another round of solar installation on government buildings.

Joining forces with Charlottesville EcoVillage and the local chapter of the state’s Sierra Club, Geyer organized a petition calling on the board to add more decisive language to the CAP that can implement solar installation commitments and create outlines for future commitments.

“The petition would solve a problem for the long term,” Geyer explained. “I don’t want just another round of solar. I would like to have a plan of where this says we’re going to implement solar on schools and county buildings every five years.”

The groups asked that more language be added to specific portions of the CAP in both Phase One and Phase Two that reads:

Geyer called the proposal something that “makes economic sense” while alleviating some fears of climate change and contributing to efforts to meet local emissions goals. She urges the county to utilize power purchase agreements  to avoid up-front costs involved in panel installation.

In 2016, the county utilized PPAs to install solar panels on six public schools — becoming the first in the state to do so. PPAs allow customers to have panels installed by third-party developers and to purchase the power produced on-site.

By the end of 2019, the state was nearing its cap on solar capacity allowed within Dominion Energy’s and Appalachian Power Co.’s operating territories, but a new law has expanded those.

With the passage of the Virginia Clean Economy Act this year, Geyer and others say that PPA use for solar installations can create local jobs and help areas most economically distressed by the COVID-19 pandemic. Charlottesville is also home to solar companies like SunTribe Solar and Sigora Solar.

Though Harper’s team had conducted additional outreach earlier in the summer to make more adjustments to the final draft and “strengthen a couple of the actions on what the county was going to do on its buildings,” he said that by the time he spoke with Geyer later in the summer he felt her suggestion was more ideal for Phase Two of the CAP.

“We felt that what they wanted to do was great, but we felt like the specificity of what they wanted was too much detail and too prescriptive to fit within the Phase One Plan,” Harper explained.

“Too prescriptive,” echoes an email Geyer said she received from him at the time.

He explained to Charlottesville Tomorrow that the planning envisioned, at least in this first phase, “doing a cost-benefit analysis of every action” that it puts into the plan — such as estimates of potential greenhouse gas emission reductions, monetary and staff-time costs and actions’ effect on community equity. 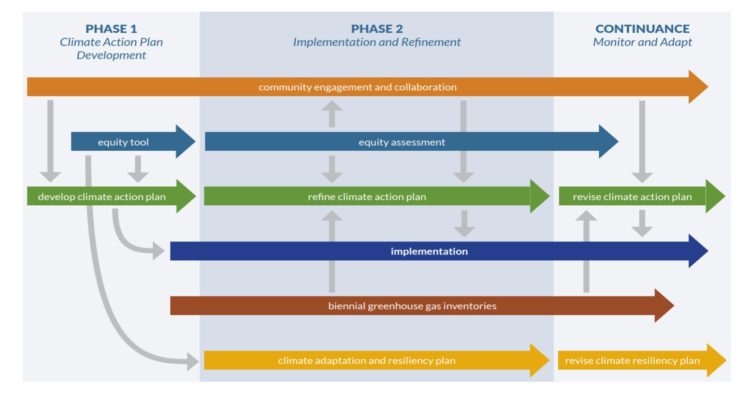 If Phase One’s more broad plans are adopted Wednesday, Harper said that kicks his team into Phase Two, which is focused on implementing as many of the immediately actionable items as possible while clearly quantifying the longer term plan.

Addressing climate change mitigation has been a priority for Albemarle and prior to the pandemic, it was seeking to hire an additional position for climate programming. According to Harper, that has now been “put on hold indefinitely.” This spring saw local governments reconciling with new budgets and priorities to account for the new reality and impact of the coronavirus.

While Geyer’s efforts are focused on the CAP at the moment, she said there will be advocacy to the Albemarle School Board, as well.

“If you’ve got  a way to save money without upfront cost, just do it,” Geyer said.

She adds that the optics of installing solar at this time could “motivate the public and show that despite COVID, we are moving forward on this very worrisome front — not that we can’t.”