After referencing Aug. 12 as his reason to run, why hasn’t Biden come to Charlottesville? 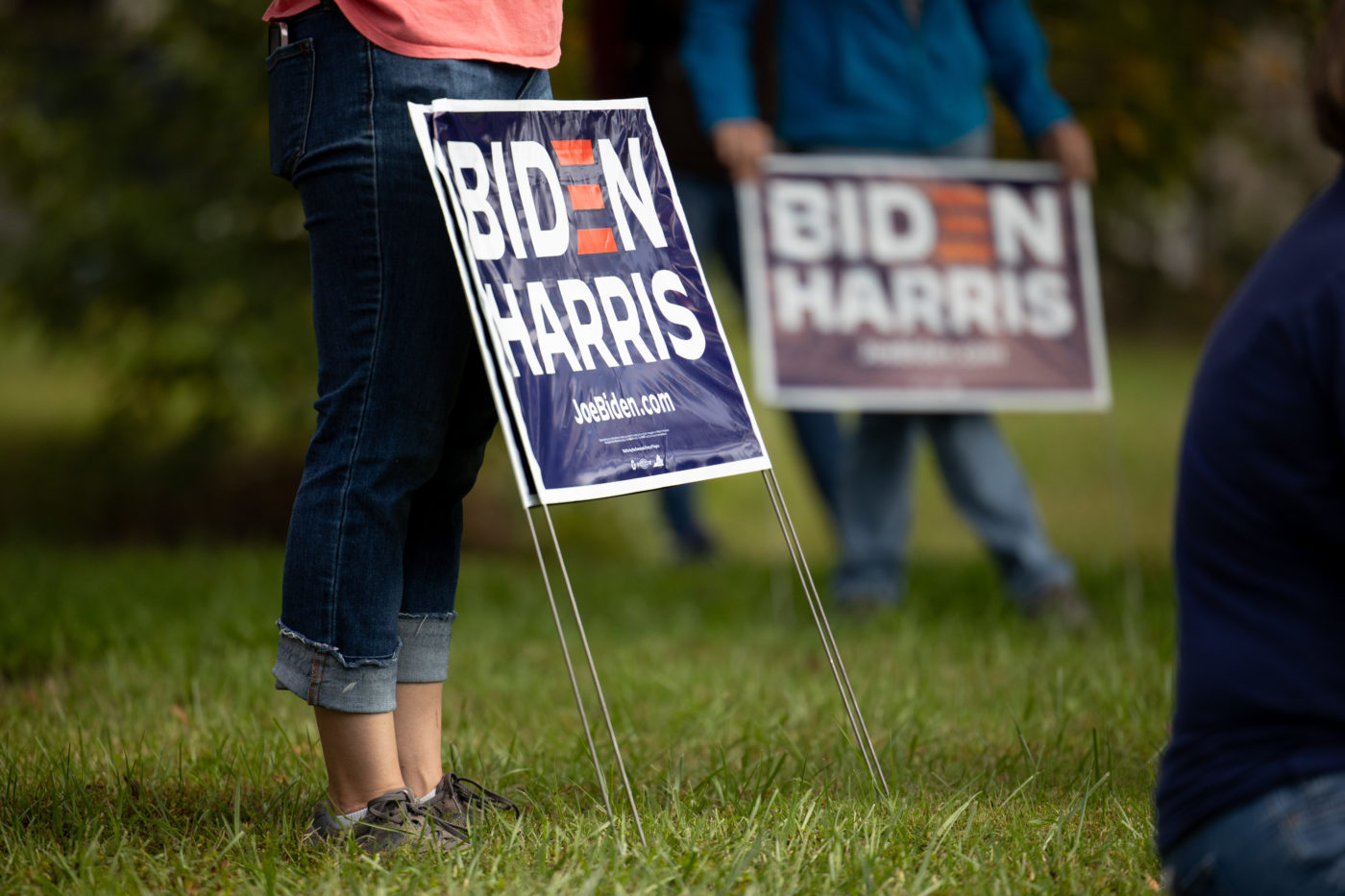 A crowd of Biden supporters gather in Rives Park in Oct. 2020 ahead of a canvassing event for Congressional candidate Dr. Cameron Webb that featured the husband of Vice presidential candidate Kamala Harris.

More than a hashtag: What Biden and Harris could learn from #Charlottesville since Unite the RightHusband of Kamala Harris stumps for Dr. Cameron Webb and Biden/Harris ticket in Charlottesville

The 2017 Unite the Right rally was the impetus for the new president of the United States to run for election in the first place. And yet, he never visited.

To date, President Joe Biden has not explained why he never came, but some locals theorize that he felt unwelcome in a still-healing community, unsure of his intentions.

Charlottesville Tomorrow reached out to Biden’s campaign in October 2020 and again this week in an attempt to ask why he did not visit Charlottesville and if he had attempted to. While a campaign spokesperson addressed Biden’s policy proposals, they did not respond to the questions about visiting Charlottesville.

Charlottesville Democratic Party co-Chair Bekah Saxon said that Biden’s team did not reach out to the local party, and as his campaign progressed, it became apparent that his presence in the community might not be as welcomed as he may have hoped.

In April 2019, there was speculation that Biden would announce his candidacy in Charlottesville. When a campaign launch video was released, “Charlottesville” was the first word spoken.

“It became abundantly clear from activist Twitter that people would show up to protest [an announcement event],” Saxon explained.  “I think he realized it was not quite where he should be at that moment.”

In the nearly two years since, Charlottesville resident discussions — on and offline — range from questioning why he never came to expressing concern that he may have used Charlottesville as nothing more than a political prop.

“Had he come here, not for a [public relations] pitstop, but to really listen to activists and survivors, that would have been welcomed. No cameras!” said local historian and activist Jalane Schmidt in a Tweet following the inauguration. “But if his trip here would be for opportunistic photo op announcing endorsements from #Charlottesville elected and [Democratic] Party officials, then no thank you.”

Saxon explained that framing his campaign announcement with imagery from Unite the Right and Trump’s quotes stating that there were “very fine people on both sides” — which failed to condemn white supremacy — was an immediate way to run as the antithetical candidate.

“It’s really easy to use Donald Trump as kind of a national stage to give yourself some progressive credentials while not taking the steps you could have taken within your own circle,” Saxon said.

He ‘owes us a visit’

On visiting what has been seen as ground zero for white supremacism in the Trump-era, Saxon said she hopes that Biden or someone from his team can reach out to Charlottesville-area activists and survivors to meet with them on a more individual level.

Saxon said the best way that Biden can meet in person or virtually with community members would be an intimate setting to hear from and learn from activists and survivors.

“If he’s going to come, it needs to be in his way of doing ‘I’m going to understand this and be conciliatory.’” Saxon explained.

It’s a sentiment shared by cofounder of Black Lives Matter Charlottesville, Don Gathers. The former City Council candidate — who suspended his own campaign amid threats from a white supremacist — initially did not want Biden to come to town. He now hopes that Biden could do so physically or virtually in a low-key way.

Originally concerned that by invoking the name of the city as a shorthand for the deadly events of the Unite the Right rally, Biden had “used [Charlottesville] as a prop to launch his platform,” Gathers feels the continued invocation of it during his campaign means he “owes us a visit.”

“I would love nothing more than a town hall where he can hear people who have been doing the work,” Gathers said.