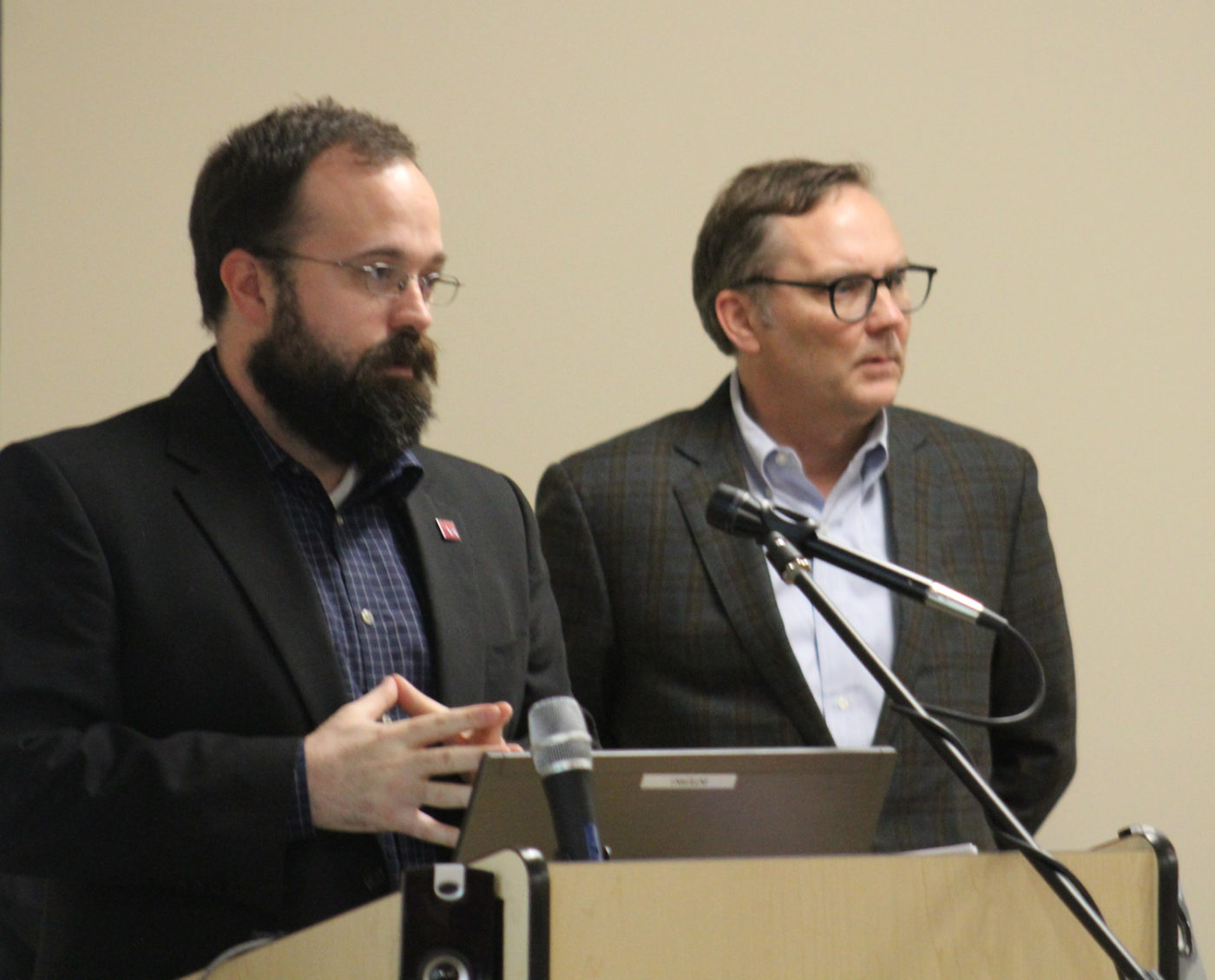 Albemarle supervisors briefed on transit optionsMPO gearing up for next long-range transportation planStaunton, Charlottesville transportation groups discuss cooperation on I-64

The Albemarle County Board of Supervisors and Charlottesville’s City Council have agreed to create a partnership between the area’s bus systems, one step toward a possible regional transit authority.

“This would not be anything like an authority in terms of legal status but would look a lot like a regional authority in the way that it operated,” said Chip Boyles, director of the Thomas Jefferson Planning District Commission.

The TJPDC has spent the last year studying the operations of Charlottesville Area Transit, JAUNT and the University Transit Service to explore how they might work better together.

Draft recommendations were presented to elected officials at a joint meeting Tuesday.

“This meeting represents the ongoing collaboration and work we do to address concerns in this community,” said board Chairwoman Diantha McKeel. “This meeting is ramping up discussions to find even more common ground.”

Albemarle and Charlottesville had previously worked toward creating an authority in the last decade. The General Assembly passed legislation in 2009 to allow for such a body to be created, but it did not approve a requested voter referendum on a sales tax to fund it.

“We have all the right pieces in place, but it’s a system of communications and coordinating that’s really causing a lot of the issues,” said Will Cockrell, program manager for the study.

Cockrell said one of the only formal agreements in place is between CAT and JAUNT to provide services for the disabled. JAUNT also provides several commuter routes to bring people into urban area from outlying rural areas.

JAUNT is currently working with the University of Virginia on the Route 29Route 29Route 29 Express route and is in the planning stages for service from Crozet.

“That’s allowed them to do things that CAT and JAUNT can’t do,” Cockrell said.

A partnership also will allow for more metrics on how well transit systems are operated.

Boyles said a partnership with an advisory board would make these connections more formal. He added that this would allow the community to test the structure of an authority before taking large steps to create one.

“Jumping into an authority is a very long-term commitment and one that’s not very easy to back out of to take things back to the way they were,” Boyles said. “It could also begin to look at transit planning in a cohesive and comprehensive manner rather than have individual transit providers planning with their own agencies.”

Boyles said a partnership could be implemented quickly and operated by the TJPDC with existing transit planning funds. If a decision was made to pursue an official authority, an ongoing venue would be in place to hold those discussions.

Boyles said TJPDC staff could assist with creation of a regional strategic plan and to pose questions about what enhanced transit would look like.

“What do we want out of a transit system?” Boyles asked. “Is it to ease congestion or is it to increase ridership? Or is it a little bit of both?”

Supervisor Liz Palmer said she was hopeful that the partnership would result in an authority that could plan better transit for the economically and physically disadvantaged.

“When it comes to these big regional issues, that’s when we seem to break down over and over again because we are all understandably looking at our fiduciary responsibilities,” Palmer said. “But when we look at our responsibilities to the exclusion of the other localities issues, it really breaks down.”

Supervisor Rick Randolph said he would like to see the partnership extend eventually to efforts to provide commuter options from outlying areas.

“When we really look at where people come to Charlottesville on a daily basis, they’re coming out of Harrisonburg, Orange, Culpeper, Louisa, Palmyra, Dillwyn and other places,” Randolph said. “We’re going to need an ever-broader perspective.”

Boyles said the regional partnership would be a step toward a system that aims to serve the whole community without being concerned about where routes originate.

“When CAT runs to [Charlottesville] Fashion Square mall, the minute it crosses the city-county line does not necessarily make it a county service, and vice versa,” Boyles said. “When a service is coming in from Hollymead to the UVa hospital, it doesn’t become a city service when it crosses the city line in.”

The composition of the partnership’s board was not fully decided at the meeting.