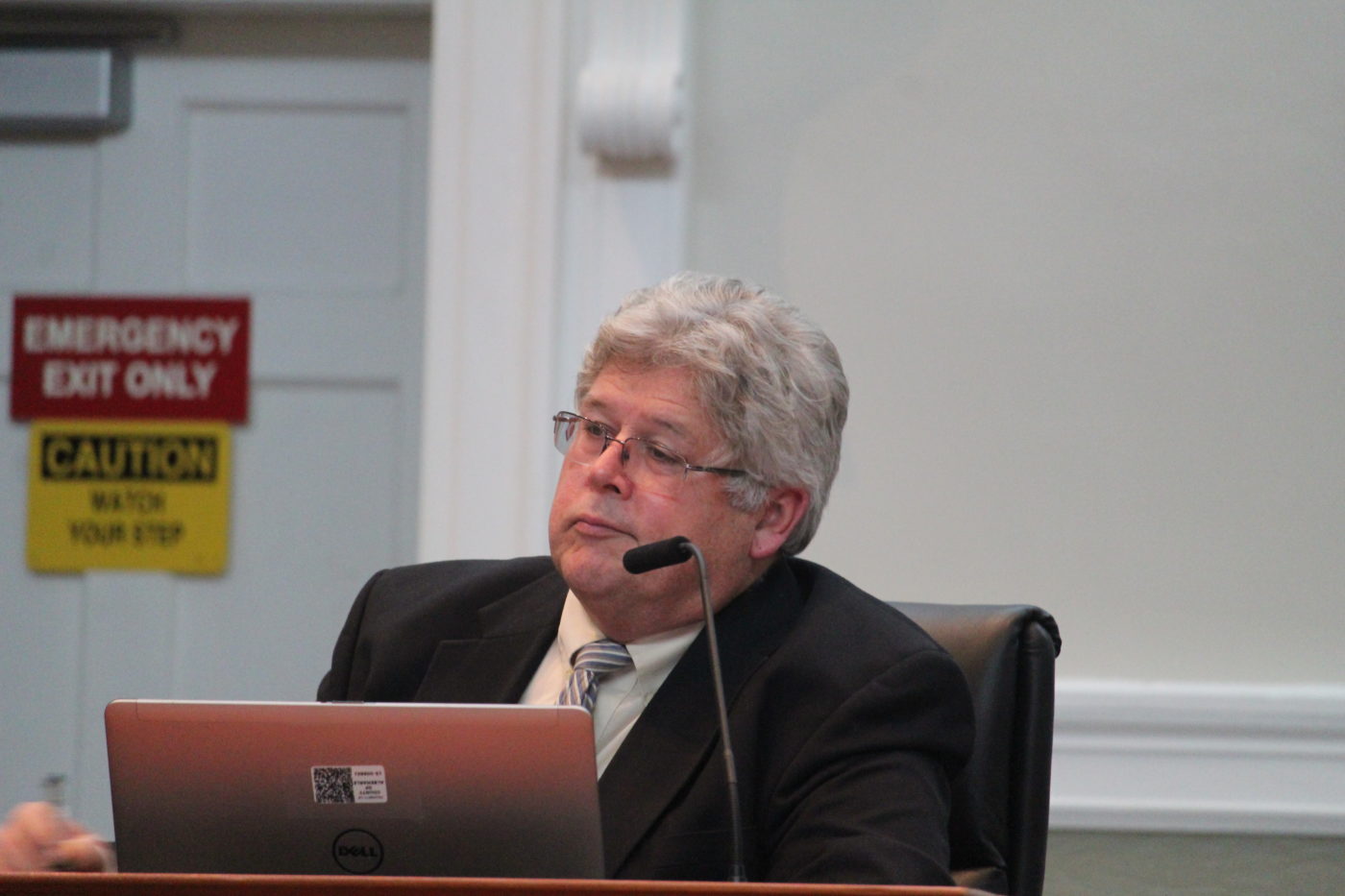 As Albemarle officials prepare for another budget season, the man responsible for overseeing land use matters in county government said he expects less development activity this year.

“In talking with the Urban Land Institute — they’re seeing some of this as a national trend,” said Mark Graham, director of the county’s community development department.

“I do seem to see we’re off the peak of the demands we saw in the last year,” he added.

Graham updated the Board of Supervisors this week on the operations of his department, which is tasked in part with processing land use applications and building permits. He said it is hard to estimate exactly how much time that will take his staff in any given year.

“We don’t determine how many [applications] we’re going to receive,” Graham said. “The market does that, so, we’re somewhat flexible as far as where we are putting our efforts.”

For instance, 2016 was a record year for the number of building permits approved, with more than 800 new residential units. More than $300 million worth of construction activity took place that year. 2017 saw similar numbers.

Graham said his department has about 71 employees at the moment but two of those workers are assisting other county departments. One is working for economic development and another is devoted to working with Habitat for Humanity of Greater Charlottesville on its efforts to rezone the Southwood Mobile Home Park as a mixed-use community.

“While we’re seeing great development activity going on out there, we’re continuing to operate about 14 employees below what we had in our peak 10 years ago,” Graham said. “I’d like to say that most of that is due to efficiencies and improvements we’ve made in our programs.”

Chairwoman Ann H. Mallek said she wants Graham to come back with an evaluation of whether he has enough staff to do the work of the department.

“Are you in balance enough? I know I’ve been harassing you for years about adding more staff sooner than later so you don’t burn people up,” Mallek said. “We’re trying to be frugal and I appreciate that, but there’s also the benefit of being able to do the work well. …”

New staff positions are usually created during the budget process. This public portion of this year’s process will begin after County Executive Jeffrey Richardson presents supervisors with his recommended budget for fiscal year 2019 on Feb. 16.

Supervisor Norman Dill said he wants to make sure the department has resources to address traffic and other concerns in the northwest part of the county.

“There are constant issues about trucks and narrow roads,” Dill said. “But on the positive side, there are quite a bit of interesting renovations and development going on.”

Graham said work is proceeding on the county’s response to 2016 legislation that limited the ability of Virginia localities to collect cash and infrastructure improvements in exchange for a rezoning or special-use permit. A proffer policy adopted in October 2007 has since been repealed.

“I do think that collaboration between your department and the economic office is really important,” Supervisor Diantha McKeel said. McKeel recently joined the Albemarle Economic Development Authority’s board of directors, where the topic was discussed in January.

Graham said another big issue this year is affordable housing. The county is working with the Thomas Jefferson Planning District Commission on an analysis of the region’s housing market. Supervisors will receive that update later this year.

Supervisors approved spending $675,000 to help Habitat of Humanity with the Southwood redevelopment.

“We’re getting an incredible collaboration on affordable housing and doing something that’s really quite unique, …” Graham said.