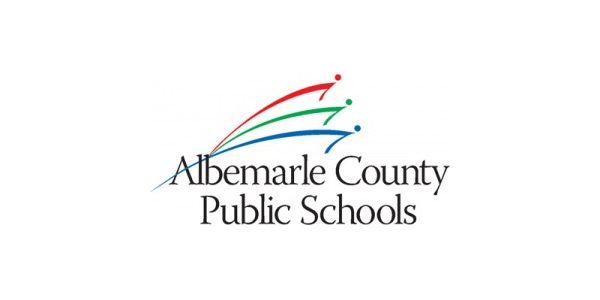 Ms. Richey’s project, The Morris Orthotic—the Smart Orthotic for Diabetic Patients, took first place in the Medicine & Health Sciences category. The Western Albemarle junior developed a process for detecting peak pressure points on the feet of diabetic patients. Early identification would allow for the adjustments of orthotics to prevent ulcers from developing. Foot ulcer complications can lead to amputation or even death in some patients. It’s been estimated that between $9 billion and $13 billion is spent each year on relieving problems associated with this condition.

A sophomore at Albemarle, Ms. Mandal took first place in Cellular & Molecular Biology for her project, Necrosis of Lung Adenocarcinoma by Targeting a Gamete-Specific Protein. She studied the effect that an antibody drug conjugate can have on lung cancer cells when it attaches to an egg-specific protein, SAS1B. Her research showed that this process led to the death of cancer cells, offering the possibility of less harmful treatment than the current uses of chemotherapy or radiation.

Both winners automatically qualified for the Intel International Science & Engineering Fair in May in Los Angeles. Students from 75 countries around the world will compete for up to $4 million in prizes.

“These are two remarkable young scientists,” said Jeff Prillaman, the lead instructional coach for Mathematics for Albemarle County Public Schools. “What impresses me the most, aside from their quality of research and scholarship, is their purpose and passion. In both cases, the goal was to develop medical practices that could save lives and offer the prospect of one day improving the quality of life for millions of people across the globe,” he added.

The focus on solutions to real-world problems was evident in many of the other science projects that took first place. In Biochemistry, for example, Albemarle High School’s Benjamin Grant and Zak Robbins took first place for their project, The Effect of Histone Modification on the Efficiency of the Chemotherapeutic Drug Cisplatin, which also proposes a treatment of cancer.

In Energy & Transportation, Albemarle High School’s Alyssa Jordan won for her project, The Effect of Blade Shape on the Noise Production of Wind Turbines.

Some projects addressed lifestyle issues, such as the joint project of Albemarle’s Camellia Pastore and Nathaniel Carlson in Environmental Management, Burn Your Bananas: An In-Depth Comparison of Which Biofuels Are the Best Material for a Briquette, or four projects by Albemarle High School students: Catherine Grebe and Emma Kim’s first place in Electrical & Mechanical Engineering, The Chord Board: Enabling Beginners of All Ages to Learn the Piano; a joint project by Holly Hilten and Shannon Barrett-Johnson in Behavioral & Social Sciences, The Correlation Between Color and Memory; and Emma Graham and Peter Grosch’s study, Sparking Safety: Environmentally Friendly Pyrotechnics, which won first place in Chemistry. In Materials & Bioengineering, Albemarle High School’s Jacob Beachley won the top award for The Effects of Saltwater on Different Types of Fish Hooks.

In the junior division, two Sutherland Middle School students won first place, Samuel Rosner in Computer Science for The Photonic Bit, and Aashni Shetty in Microbiology for Boxed Salad—What’s Sneaking Around in It. Henley Middle School’s Meena Ambati won the top award in Animal Sciences for Synergistic Repulsion of Ants by Lipid Fraction of Cinnamon and Aqueous Fraction of Lemon.

The next stop for winners is the Virginia State Science & Engineering Fair, which will be held at VMI in Lexington on March 24 and 25.