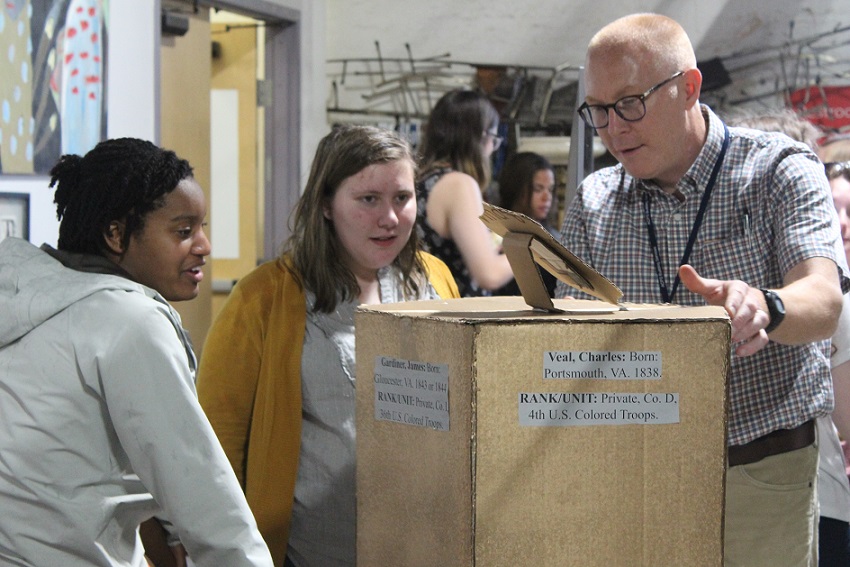 Claudia James and Emma Lane, juniors at Albemarle High School, show their monument project to Albemarle deputy superintendent Matt Haas at the Dreamlight Festival. The monument displays the names of African American recipients of the Medal of Honor.

This year, about 200 Albemarle County high school students participated in the “Let ’Em Shine” project, exploring the meaning and messages behind monuments.

The project came to a close Wednesday at the Dreamlight Festival, an event in Charlottesville’s IX Art Park that showcased students’ plans for various monuments to little-known historical figures in Central Virginia.

Albemarle junior Infinity Waller presented plans for bronze statues to honor the “Charlottesville 12,” the first black students to attend newly integrated schools in the city in 1961.

Waller prepared a Powerpoint presentation on the Charlottesville 12 and what these bronze statues, potentially placed at four different schools, would mean to the community.

“We memorialize people that were slave owners like Thomas Jefferson and James Madison,” Waller said. “I feel like it’s very significant because [the Charlottesville 12] were the first to [integrate]. You have to think about where we are today in schools. If it wasn’t for them, where would we be today and what would our schools look like?”

Currently, the Charlottesville 12 are memorialized with a marker outside the Albemarle County Office Building.

The grant also came before the white nationalist rally in Charlottesville last August. Project directors John Hobson and Angela Stokes, though, saw Let ’Em Shine as “an avenue for the students to think about what happened and react.”

Students toured monuments in Charlottesville, Richmond and Washington, D.C., and were tasked with drafting plans for their own monuments by the end of the year.

The grant funds were used primarily for travel expenses but also helped to implement a few projects, such as a mural that will be painted next to Hydraulic Road this month.

Some students designed traditional monuments such as plaques, murals and statues, while others created projects for digital platforms, including a musical collaboration on YouTube.

Stokes, the lead instructional coach for the county school division, said she hoped students’ friends, families and other community members would attend and hopefully help support the construction of various monuments.

“We were hope that tonight, based on the people we had invited to come, that … community members would say … ‘How come we don’t have a monument to the Charlottesville 12? We’d like to support it,’” Stokes said.

Jaqueline Quintanilla, a junior at Albemarle High School, hopes the next junior class will take on her project of a wall mural in their school’s cafeteria.

With help from local artist Chicho Lorenzo, Quintanilla and her group painted a design encouraging unity and peace amongst all cultures within Charlottesville. The design incorporates various religious symbols and the words “coexist peacefully” across the top and a depiction of people holding hands along the bottom.

“We were going to display it in the school cafeteria for everyone to see and feel comfortable in where they come from, and just feel comfortable the way they are,” Quintanilla said. “I just don’t want them to feel disappointed in the way they dress or look. … Every culture in Charlottesville is here.”

Hobson, the division’s lead coach for social studies, said students were “catapulted … to thinking differently about monuments” while finding untold stories within their community.

Stokes said a student told her the project made them feel like their voice mattered.

“When you hear a student voice that, you’ve accomplished your goal,” Stokes said. 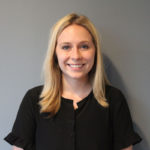