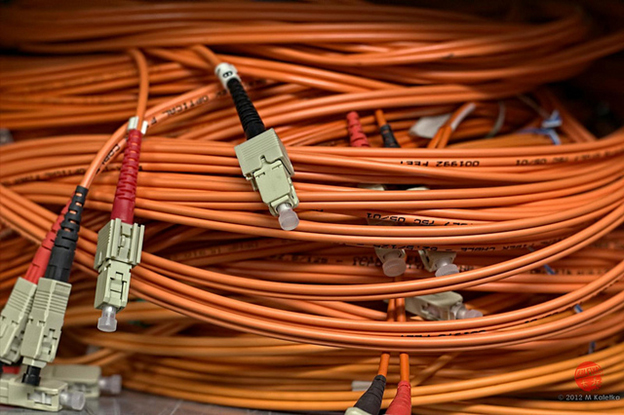 The Albemarle Board of Supervisors knows just about how many County citizens lack broadband Internet service, but how best to address the issue remains to be seen.

During a work session Wednesday, the Board debated potential solutions to expanding broadband into the County’s rural areas, while recognizing that the Comprehensive Plan—the document that guides all planning decisions—directs the Board to steer services toward growth areas, not the countryside.

The conversation was the result of a yearlong process in which the Board of Supervisors charged a Broadband Task Force with evaluating the County’s Internet needs.

“If you look at the problem and think it’s one we genuinely we must solve, then we look at our options, and we’ve got some work to do there,” said Supervisor Jane Dittmar.

Supervisor Liz Palmer noted that the broadband industry changes rapidly, and expressed concern that the County runs the risk of investing in infrastructure that would soon be outdated.

Mike Culp, Albemarle’s director of information technology, said that that is the tough position localities find themselves in.

“There’s a very real concern that if we’re left behind we’re going to be left behind, and that means we won’t have the same type of service in Albemarle that other counties have already taken advantage of and are going to begin using in ways that we can’t even imagine,” Culp said.

What’s more, Culp added, is that deciding which type of infrastructure to pursue adds another level of complication.

“We wouldn’t think about taking millions
of dollars for extending water and sewer
to all these areas,” Boyd said.

“If it’s fiber to every household, because of our lack of density we could be looking at $1 million per year for 10 years to get everything built out,” Culp said. “I think reality shows that the wireless solution is probably the best for a county of our size, but number one it’s just trying to match that with the competitive nature of the business…and secondarily the rural environment, being able to make the decision to add more towers is going to be a really tough decision.”

Currently, 96 percent of Albemarle County residents report having access to broadband, while 94 percent report having broadband in their homes. About 4,000 people don’t have home broadband, County planner Bill Fritz said, with wealth and terrain being two major determining factors.

“We’ve heard it from our first responders down in Scottsville, and probably North Garden and Crozet, that people can’t call them on their cell phones if there’s an accident,” Dittmar said.

“I say it’s an access-to-government issue too,” Dittmar added. “Most of the work we’re doing now we’re making accessible through the Internet. We’re talking about a divide that’s major.”

But Supervisor Ken Boyd said extending broadband isn’t a government function and that it’s contrary to the County’s land use policy.

“We wouldn’t think about taking millions of dollars for extending water and sewer to all these areas,” Boyd said.

“And that’s the philosophical discussion,” Dittmar said. “Is this like electricity, or is this like water and sewer?”

To gain perspective, Dittmar said she read about Albemarle’s rural electrification process in the last century.

“It’s not fair for us to say that the private sector isn’t stepping up, the private sector has to have a return to pay for all the things they do to provide a service,” Dittmar said. “So to ask them to make it affordable to cover all of Albemarle is ridiculous. But in advance of that, we can help jump that over.”

Dittmar emphasized forming partnerships, and noted Chattanooga’s efforts to partner with local power companies to extend service as an example. Dittmar also suggested a possible partnership with the school division, which is currently building its own private fiber optic network.

“The dollars that came from our taxpayers that went into the school system are Albemarle County dollars,” Dittmar said. “I don’t know why we’re not exploring thoroughly what’s going on there and how we can use that partnership.”

Boyd expressed concern over the school division’s efforts, questioning both cost and the role of government.

Vince Scheivert, who was unable to attend Wednesday’s meeting, said the division’s project will save taxpayers as much as $9.5 million by 2023.

“In order to do that, I’ve leveraged operational dollars and reimbursements to build a network that is sustainable and scalable for the next 50 years without increasing money demands,” Scheivert said.

Next month the Board of Supervisors will hold a work session on possible changes to wireless tower regulations, Fritz said.

The Supervisors also plan to meet with Scheivert about the school division’s network in the near future.