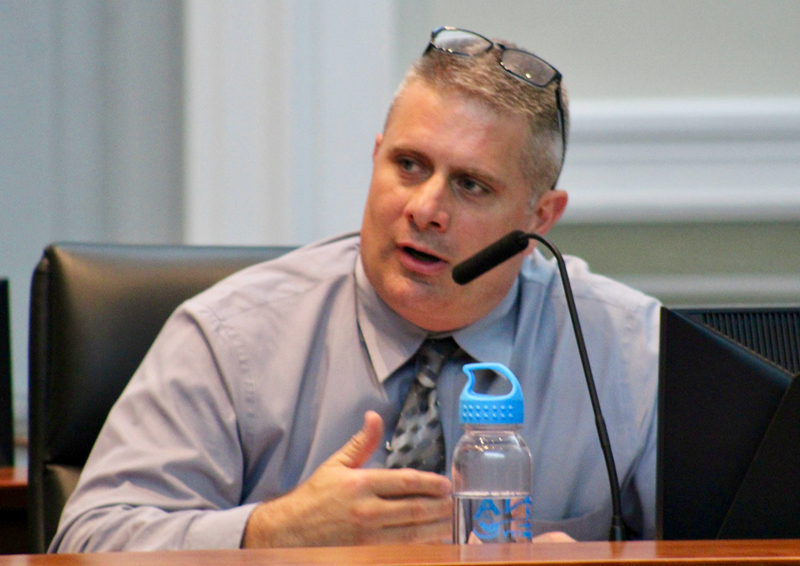 The Albemarle County Board of Supervisors provided further direction for the allocation of funds to support small-scale projects in neighborhoods throughout the county at its meeting Wednesday night.

The Neighborhood Improvements Funding Initiative is a one-time distribution of $1.4 million between the county’s development areas that is supported with funds from the county’s nearly $8.1 million budget surplus for fiscal year 2016.

“The idea was to give neighborhoods the opportunity to determine for themselves what were the quality of life projects that would improve livability in the neighborhoods,” said Lee Catlin, assistant county executive.

Throughout this past spring, the county’s seven community advisory committees brainstormed possible projects, which were then divided into lists of projects estimated to cost less than $50,000 and projects believed to cost more than that amount. Community members had in-person and online opportunities to vote for their preferred projects.

The community advisory committees provide input on the implementation of master plans in the county’s development areas. The seven committees are 5th and Avon, Crozet, Pantops, Places29-Hydraulic, Places29-North, Places29-Rio and the Village of Rivanna.

In May, county staff presented the board with each area’s prioritized list of projects above and below $50,000. Many of these projects related to pedestrian connectivity, parks and landscaping.

The board then directed staff to return in June with options for distributing the NIFI funds among the seven CAC areas.

The board also approved a process for scoping, eventually selecting the potential NIFI projects with a 5-1 vote, with Randolph similarly voting against the motion.

“The next phase of the work would be to transition from the high-level investigative feedback work that the CACs have done and to narrow it down by CAC to the top one or two, two or three [projects], and transition [the process] really to more of a scoping and implementation,” said Trevor Henry, director of facilities and environmental services for the county.

Supervisor Ann H. Mallek said she thought it would be important to divide the funds equally between the areas because it may be difficult to know the exact populations for the development areas. The population-based allocation option was based on 2010 census data.

“It’s very difficult for our processes to keep track of how many things are changing and moving in and all those new units,” Mallek said. “We have uncertainty about what the populations are.”

Supervisor Liz Palmer said she viewed NIFI as a way to get citizens involved in planning for projects; she also supported an equal distribution.

“This really is more of a neighborhood initiative,” Palmer said.

In the course of the discussion, however, Randolph questioned whether the board was forfeiting its obligation to ensure taxpayer dollars are spent effectively.

“I don’t think all the CACs’ needs identified here are necessarily equally compelling, that they are equally essential … and yet we’re taking the approach of egalitarianism, that all projects are created equal,” Randolph said. “I don’t agree with an approach in which we hand over an equal amount of money to each CAC and say, ‘Here, go spend it in whatever way you have decided to spend it according to what is submitted here.’”

Later on in the meeting, Supervisor Norman Dill said he thought the process was an effective form of civic engagement.

“I think we’re performing our job here by trying to encourage as many people as possible to get involved in their community,” Dill said.

Randolph also argued the NIFI funds should be spent on projects that have gone unfunded in the county’s Capital Improvement Program or that meet the board’s strategic priorities. He said transportation needs would meet this purpose.

Supervisor Brad Sheffield also said he was hoping funds could be used to better plan capital projects. He cited a $1.1 million sidewalk project slated for Rio Road as an example.

“I don’t think that project is well-planned-out right now for the placement of the sidewalks or even the ultimate outcome of that stretch of road,” Sheffield said. “I had hoped that this pot of money would have helped steer that investment.”

Mallek and board Chairwoman Diantha McKeel pushed back on Randolph’s point about the CACs being given control over the funds in their questions to Emily Kilroy, the county’s community engagement specialist.

“It’s not as if, after today, the projects aren’t coming back to us — they are,” McKeel said.

Kilroy said the board would have final approval on all projects.

The approved NIFI process will allow CACs to weigh in on their area’s top two to three projects for funding and to select a point person who will work with county staff and any consultants on scoping the potential projects. After these projects are selected in July, scoping will take place over the summer and the CACs will make a final project request to the board in September or October.

In October or November, supervisors will make the final decision about which projects are funded.