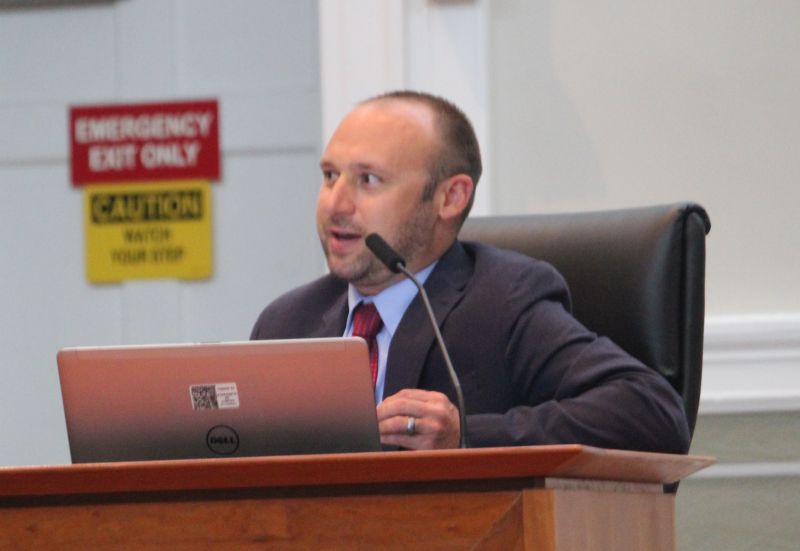 The Virginia Department of Transportation will not accept new project proposals until next year, but an Albemarle planner presented the Board of Supervisors with possible submissions Wednesday.

“I took that information and rated projects from high to low based on five factors,” McDermott said, adding the factors are similar to those used in the Virginia Department of Transportation’s Smart Scale program.

The General Assembly in 2014 passed legislation requiring projects to be scored on various criteria including economic development, congestion reduction and safety improvements.

This June the Commonwealth Transportation Board approved several projects in Albemarle including an $18.4 million reconstruction of the I-64’s Exit 124 at Shadwell. Other examples are a $3.8 million connector road between Berkmar Drive and Rio Mills Road and a $5.8 million roundabout at U.S. 250 and Route 151.

The next round of submissions for Smart Scale will be held next year.

The number one project on McDermott’s list would be to increase pedestrian safety at the intersection of Route 20 and U.S. 250. The Thomas Jefferson Planning District Commission had submitted a project through Smart Scale that addressed the concerns but it was not funded this year.

“What I’d like to do is work with the TJPDC to reconfigure that and see if we can break out projects and reapply in 2018,” McDermott said, adding he is not asking for any funding at this time.

The second priority is a planning study to create a detailed alignment for the Northtown Trail, a project that would provide a pedestrian and bike connection between the University of Virginia Research Park and downtown Charlottesville. Several elements of the trail have already been constructed, such as the greenway trail along the John Warner Parkway.

“This project isn’t really specific enough to move forward at this time,” McDermott said. “I’d like to advance it through some planning.”

The third priority is to prepare U.S. 29 for a future bus rapid transit system between Hollymead and downtown Charlottesville. That idea is advancing through both the Hydraulic and Rio Road small-area plans.

The fourth priority would build pedestrian improvements between Free Bridge and State Farm Boulevard on Pantops.

The fifth priority would seek to build pedestrian crossings on U.S. 29 between the city limits and Timberwood Boulevard.

“That’s something we’re also evaluating through the small-area plans and then we’ll have some [specific] recommendations,” McDermott said.

The sixth priority and first one for vehicles is a connector road between Berkmar Drive and Lewis and Clark Drive. McDermott said there is already planning for funding to prepare for a 2018 Smart Scale application.

The seventh priority is for improvements on Sunset Road in the county’s southern urban area. McDermott is recommending using VDOT’s revenue-sharing program for this project but only after working further on a design.

The eighth priority is to address safety concerns on Route 20 from the city limits to Mill Creek Drive.

Adding bike lanes and sidewalks to Berkmar Drive south of Hilton Heights Road and U.S. 29 would be the ninth priority, and pedestrian improvements on Commonwealth Drive would be the tenth.

Two projects in Crozet round out the first dozen priorities. The eleventh would be to construct Library Avenue through the Barnes Lumber Yard being redeveloped by Milestone Partners. The twelfth would construct a portion of Eastern Avenue.

“[Eastern Avenue] is not going to score well on Smart Scale, and really there’s not many options for this expensive project,” McDermott said, adding the county might consider using VDOT revenue-sharing money to hire a consultant to complete a design anyway.

Supervisor Ann Mallek said citizens should realize that McDermott’s priorities are just advisory and are not official county policy until the cost of projects are known.

“Until we get the dollars, ranking them and having a fight about whether three should come before two is what I’m not willing to support right now,” Mallek said.