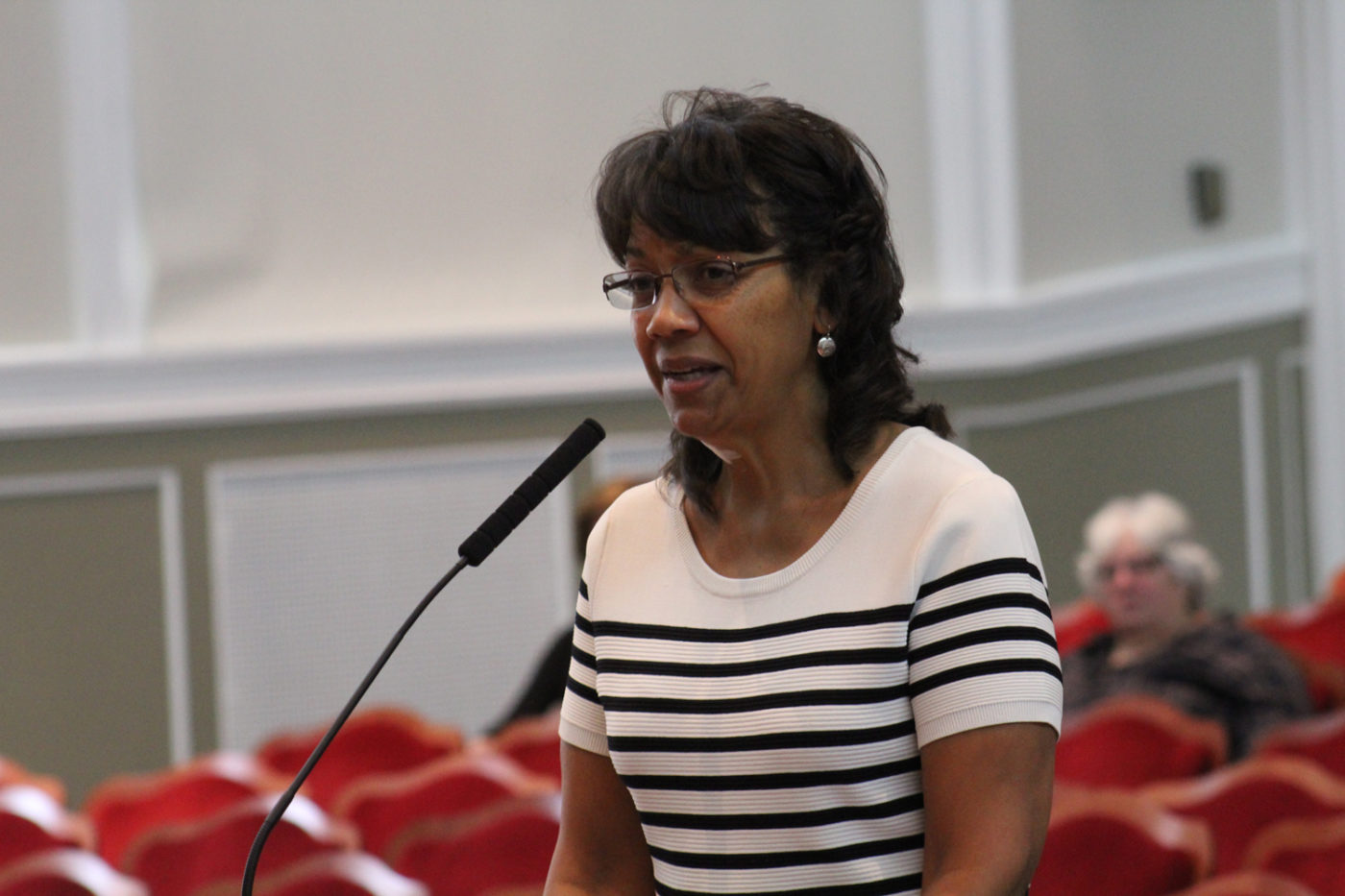 Betty Burrell addresses the Board of Supervisors

An unaudited financial report that documents Albemarle’s accounting for fiscal year 2016 shows that the county ended the year well in the black.

“We anticipate that there will be at the end of 2016’s fiscal year approximately $8.6 million that would be available for one-time expenditures such as capital or other one-time uses,” said Betty Burrell, the county’s finance director.

However, Burrell cautioned that the figures are preliminary.

“It is preliminary, estimated and unaudited because we continue to work on the fiscal year 2016 results,” Burrell said. “These numbers are unaudited and subject to change.”

Burrell said real-estate taxes were above projections in part because of the two-cent tax increase adopted by supervisors in April.

“We had increasing property values, increased construction and redoubled our efforts on collecting delinquencies,” Burrell said. “All of that contributed to that increase in revenues.”

Burrell said the county saved money in part because of staffing vacancies as well as lower utility and fuel costs.

County Executive Tom Foley said there are no definite plans for how the money will be used if the surplus holds up.

“The ending year general fund balance is something that we have already talked to you a little about in terms of implementing the strategic plan,” Foley told supervisors last week. “But we’ll come back to you in the next month or so and really propose some things that we can do with that to move your plan forward or help with the capital improvement program.”

One item mentioned by Foley could be additional funding for the county’s Acquisition of Conservation Easements program.

“That’s the one item you identified during the budget for the end-of-year balance,” Foley said.

Auditors with Robinson, Farmer, Cox Associates will be working on the finances this week. The county’s audit committee will review the report in November and it will be presented to supervisors on Dec. 7 for possible action on how to use any surplus after it becomes official.

Supervisors also were briefed on economic trends in Albemarle.

“The county’s economy in the last year has been stronger than I had anticipated a year ago at this time,” said Steve Allshouse, the county’s manager of economic analysis and forecasting.

“We’ve seen more job growth than I had anticipated, with approximately 880 positions,” he added.

Allshouse said he feels more optimistic than he has in years past as the county budget staff prepare their next budget.

“What we’re seeing is that FY16 ended more strongly than we anticipated,” Allshouse said. “I’m anticipating that FY17 will continue that trend, barring any major disasters at the global or United States macroeconomic levels.”

Allshouse said the county increased collections in sales tax, the food tax, the lodging tax and inspection fees. However, collections on the consumer utility fell slightly.

Allshouse said the lodging tax, otherwise known as the transient occupancy tax, is increasing but that most new hotel construction is within Charlottesville’s city limits.

“It’s going to be kind of an interesting era to watch because my fear is we’ll lose some of that business to the city,” Allshouse said.

Voters will decide in November whether to authorize the sale of $35 million in bonds to help pay for improvements to various schools across the county.

Foley said that investment will be paid for through debt-service over multiple years.