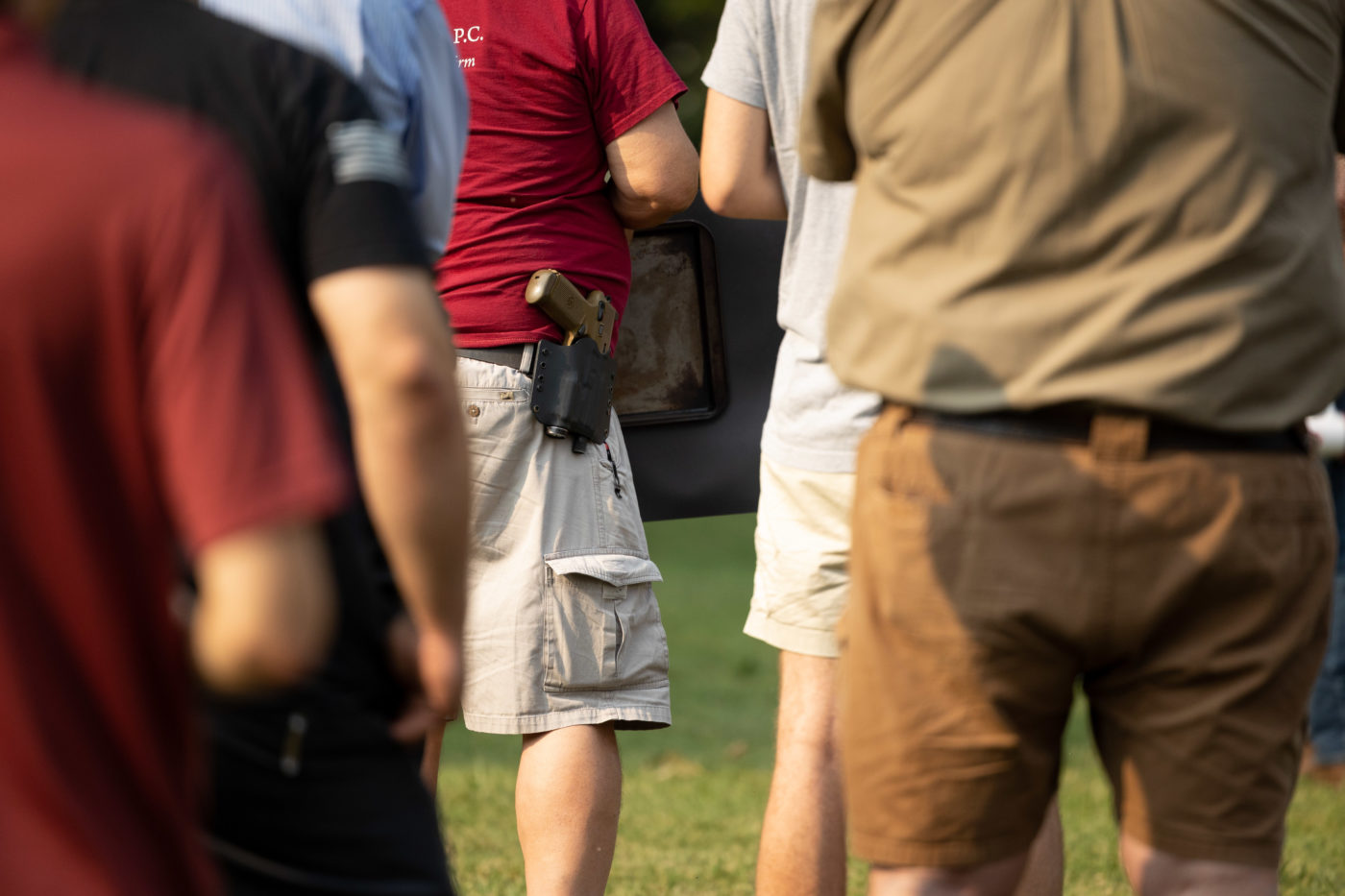 A man carries a handgun at a protest against Albemarle County's proposed gun ban on July 21.

It is now illegal to carry a gun on property owned or managed by Albemarle County.

The county’s Board of Supervisors on Wednesday unanimously passed its hotly debated firearms ban — making it a Class 1 misdemeanor to carry a gun in any of the county’s parks, community centers or buildings.

“I am very supportive of this,” Supervisor Bea LaPisto-Kirtley said before taking the vote. “This is something we need. It makes sense. People shouldn’t be brandishing weapons” on county property.

Albemarle had previously banned guns on all county property from 1979 to 2004, when state legislators passed a law forbidding local governments from taking such actions.

Last summer, the state gave that power back to local governments.

The supervisors, before taking the vote, received numerous comments — and at least one protest — from community members both for and against the proposed ban.

A common question posed by residents who opposed the ban was: What problem does this solve?

“I’ve lost track of how many people have commented both in person at the meetings and online at the board agenda comment section asking the same basic question: Why do we need this ordinance?” John McMann, a Scottsville resident, said during the public comment section of Wednesday’s meeting. “The answer is still unclear.”

Before taking the vote, several supervisors addressed that question.

Some noted that without the ban, anyone could bring a gun into public meetings (when they were held in person).That could be intimidating to some in attendance, making them less willing to share their thoughts or grievances.

“Intimidation of others is a real problem,” Supervisor Ann H. Malek said. “I personally have seen when half the members of the public in a Board of Supervisors meeting got up and left when someone came in that they perceived to be carrying a weapon. And I have been told by many, many people that … it raises all sorts of memories, experiences. People just don’t need that kind of stress [on] county property.”

Also, county employees already are banned from bringing a firearm to work. This ban brings “parity” with that rule.

Finally, the board members’ reasons for banning guns at county parks and community centers related mainly to the frequent presence of children at both places.

The supervisors’ comments corresponded in many cases with arguments made by county residents who supported the ban.

Supporters of the ban argued that there is no reason for someone to carry a firearm on public property.

“Guns are for killing, for heaven’s sake,” said Virginia Rovnyak, who lives in Crozet. “Someone with a gun might decide to do just that. This is a simple safety issue. Everyone is safer when there aren’t guns present.”

Supervisor Liz Palmer reiterated that point before taking the vote, saying that she saw no problem with permitting concealed carry in rural county parks.

However, other supervisors said that allowing guns in some locations and not others didn’t make sense from a policy perspective.

“Personally, I do have comfort, as others have said, with concealed permits,” said board Chair Ned Galloway. “I cannot in my head figure out how to get past the consistency, though, of saying that would be OK in the parks and not the buildings. Putting this in place across all county properties just makes this more easily understood so that people don’t get in violation.”

The new law does come with multiple exceptions. Police officers, commonwealth’s attorneys, security officers, judges and others are still allowed to carry firearms. For a complete list of people exempted from this ban, read the ordinance here.

In addition, the ban allows people to leave guns “secured in a container or compartment” in their vehicles while on county property.

All county properties where guns are prohibited will be posted with signs indicating guns are not allowed.