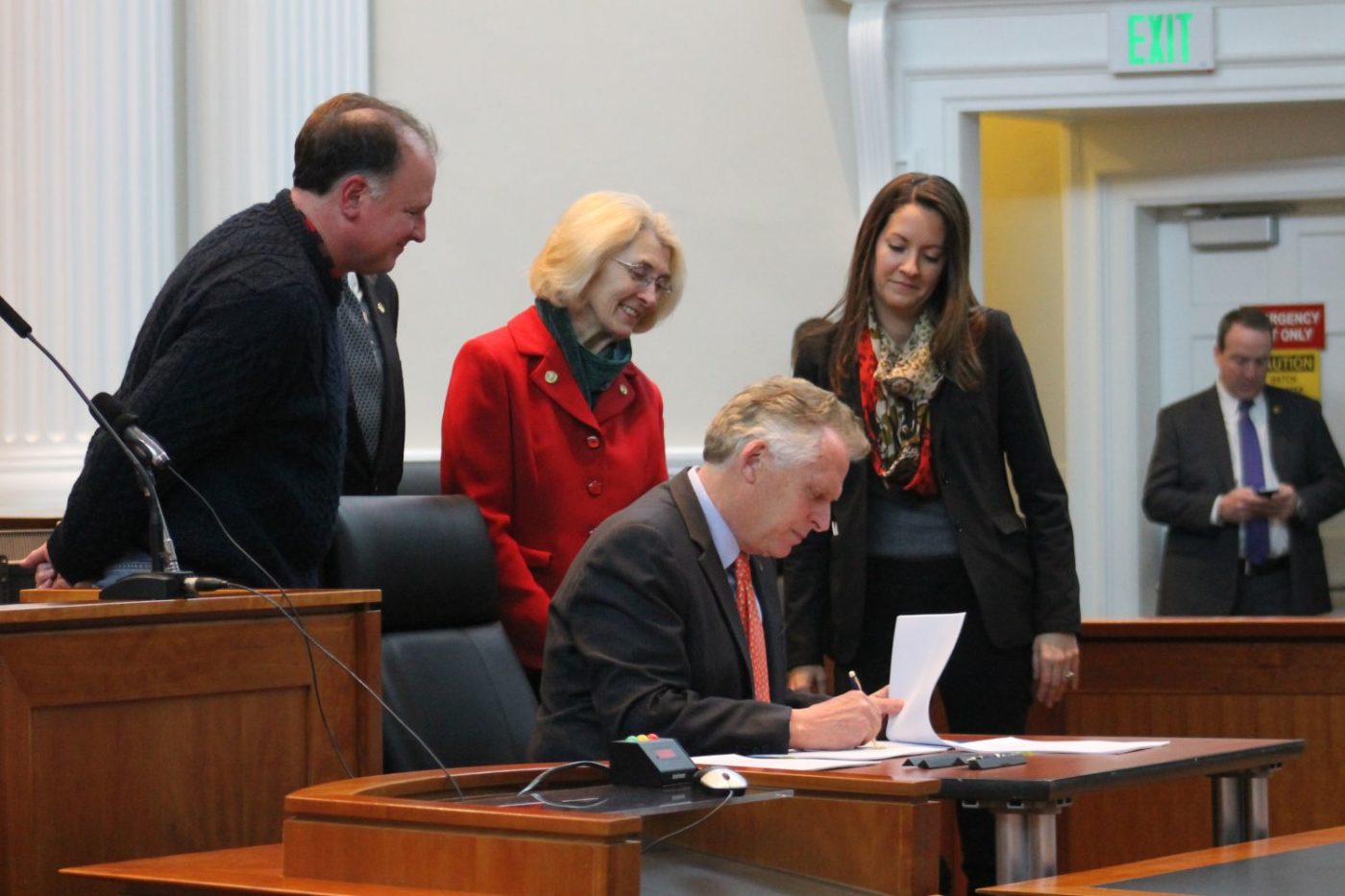 Albemarle County has entered into an agreement with the Commonwealth of Virginia for a lease that will allow the 1,200 acre Biscuit Run park property to open sooner than expected.

Biscuit Run was going to be the largest residential development in the county, but the Great Recession led investors to accept the state’s acquisition of the property for a future park. Located between Route 20 and Old Lynchburg Road, the park has had an unfunded master plan since 2013.

“Albemarle appreciates this partnership with the state to enhance this unique property for the benefit of our community and the entire region,” said Ann Mallek, chairwoman of the Albemarle Board of Supervisors.

Governor Terry McAuliffe traveled to Lane Auditorium on Jan. 4 to sign a 99-year lease for the county to operate the park.

“This is something that we have worked on from day one,” McAuliffe said. “I wanted to get Biscuit Run done.”

At the signing ceremony, several speakers singled out Scottsville District Supervisor Rick Randolph to thank him for his efforts to make the project a reality.

“What does it take for a county to acquire a state park and a lease?” Randolph asked. “It takes a community of people working together.”

In December 2009, the Virginia Department of Conservation and Recreation bought the land from Forest Lodge LLC, a group of investors who planned for 828 acres of the land to be a mixed-use residential and commercial development with 3,100 homes.

Then-Governor Tim Kaine used the purchase to contribute to his goal of putting 400,000 acres under conservation easement during his term. A master plan for a new state park was adopted by the DCR in 2013 but funding to open it has not been allocated by the General Assembly.

McAuliffe worked with area legislators in 2016 to get funding to build infrastructure to open the park.

“I put $42 million in [a] bond package to make this a state park,” McAuliffe said. “Unfortunately the General Assembly did not see the wisdom that we had and did not fund the project.”

Under the terms of the lease, more than 80 percent of the land must remain forested.

“We’re going to protect all of the sensitive, natural heritage resources that we have on the site,” McAuliffe said. “This is such a jewel.”

Mallek was a member of the steering committee that oversaw adoption of the master plan.

“Our hikes through the woods showed us the mix of natural resources which needed stewardship,” Mallek said.  “The terrain, scenery, farm roads and paths showed us the terrific potential for enjoyment and recreation for a wide range of residents and interests.”

Mallek said the lease presents an opportunity for a “unique recreation experiment” with a park right at the edge of the county’s growth area.

“It’s accessible by foot, bike, horse, and bus in addition to the cars that people use to get to our rural parks,” Mallek said. “This central location enables direct connections to our urban neighborhoods to the north and by trails to our rural Walnut Creek Park to the south.”

Now a new chapter in planning for the park has begun.

“One of the next steps is to work with Albemarle County to relook at the master plan and to think what makes sense and I will promise you that process is going to involve a lot of public input,” said Clyde Christman, the director of the Virginia Department of Conservation and Recreation.

Christman said the goal is to open the park as soon as possible.

“I find it to be a travesty that whenever I go to that property, I see a sign that says ‘Future State Park – No Trespassing’,” Christman said. “It’s owned by the public.”

After the signing, county attorney Greg Kamptner described the lease.

“The county will have no rent to pay but we will take over responsibility to maintain the premises,” Kamptner said. “We are allowed under the lease to use the property as a county park.”

The DCR will still have to approve the county’s plans for any improvements.