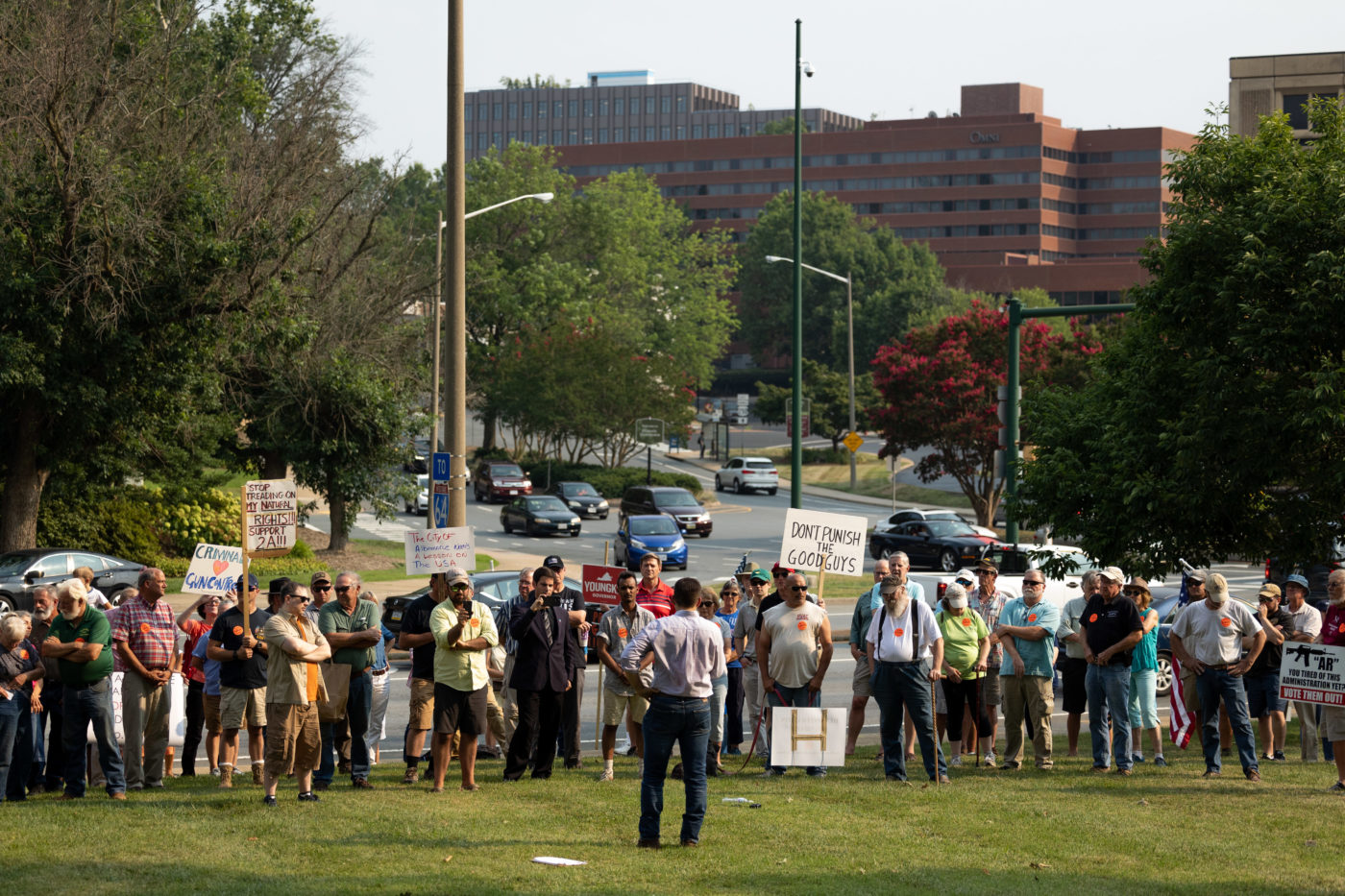 A crowd gathered outside the County Office Building on McIntire Road on July 21 to rally against a proposed gun ordinance that would prohibit the carrying of guns, ammunition or parts in public parks, buildings and recreation centers owned by Albemarle County.

Ahead of Wednesday’s Albemarle County Board of Supervisors meeting, a crowd of more than 100 gathered outside the County Office Building on McIntire Road to rally against a proposed gun ordinance that would prohibit the carrying of guns, ammunition or parts in public parks, buildings and recreation centers owned by the county.

Steve Harvey, a 2022 Republican candidate for Albemarle’s White Hall District who previously ran in 2019, spearheaded the rally, urging attendees to call into the county’s meeting for public comment to advocate against adopting the policy.

“Everyone raise your hand if you’re a [conceal carry permit] holder,” he said into a megaphone atop one of the brick parapets. More than half of the attendees raised their hands.

He asked the crowd to leave their hands in the air if they have “raised or unholstered” their firearms in anger. Hands dropped.

“This seems like maybe the kind of people that you want to bring guns to your community centers, and your board of supervisors meetings, and your public parks, because there’s good, honest people,” Harvey said.

The county’s ordinance mirrors the one that Charlottesville passed last summer. At the time, city Councilor Lloyd Snook referenced the presence of militia members at the deadly 2017 Unite the Right rally as a concern and partial inspiration to utilize new state law that granted localities the ability to restrict weapons on government or government-owned property.

However, Harvey said to the crowd of Second Amendment supporters donning “Guns Save Lives” stickers that the ordinance is more about restricting the right to bear arms for a large swath of people.

“This ordinance is against you,” he said. “This is not about the people that marched years ago here and made a horrible mess.”

Phillip Andrew Hamilton, a Republican challenging incumbent Del. Sally Hudson, D-Charlottesville, stumped for his campaign and supported the crowd in opposing the ordinance. 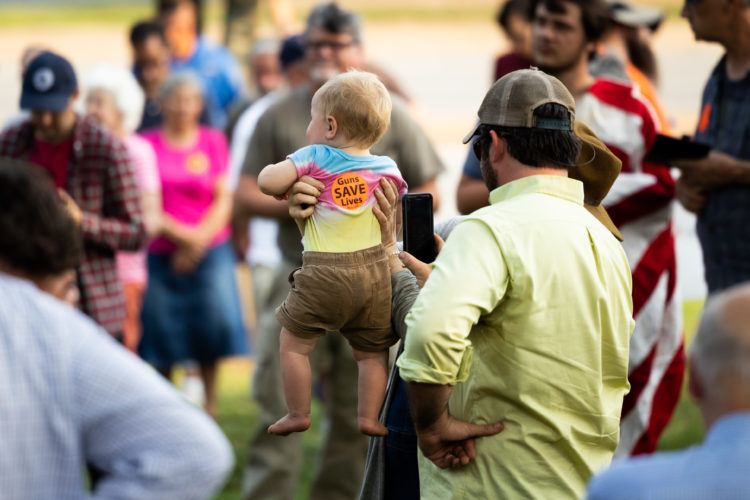 People of many ages attended the rally against a proposed firearm ordinance in Albemarle County.

Online Wednesday evening, the Board of Supervisors heard a presentation on the ordinance, which had appeared on the consent agenda of the board’s June 16 meeting.

Up until last summer, the Code of Virginia prohibited localities from passing or enforcing ordinances or taking administrative action to prohibit or even regulate firearms within those localities. During its 2020 legislative session, the General Assembly changed that, amending Virginia Code § 15.2-915 and providing enabling legislation for localities to regulate and prohibit firearms, ammunition, component parts or any combination of those, in localities. It pertains particularly to buildings, parks and other community areas owned and/or operated by local authorities for government purposes.

As outlined in the presentation, the purpose of the ordinance is a public safety measure for governmental buildings where government employees and the public conduct business, and in public parks and community centers where the public, including children, are likely to be present.

Implementation of the ordinance would provide exceptions to the general prohibition and would penalize violation as class 1 misdemeanor (up to 12 months in jail and/or $2,500 fine). It also empowers the county executive to implement reasonable security measures, such as metal detectors, but those and other details still have to be worked out.

Since that initial meeting in June, county staff heard feedback from the community on the earlier draft. As a result, the board was presented with a few additional items for consideration, including replacing the county executive’s exception-granting power with an exception for “individuals who have a valid concealed handgun permit issued” pursuant to Virginia Code, and requests for signage indicating where the ordinance will be enforced.

After two and a half hours of detailed discussion on the particulars of the proposed ordinance between the board and county staff, as well as public comment, the board moved it forward for another reading and possible approval.