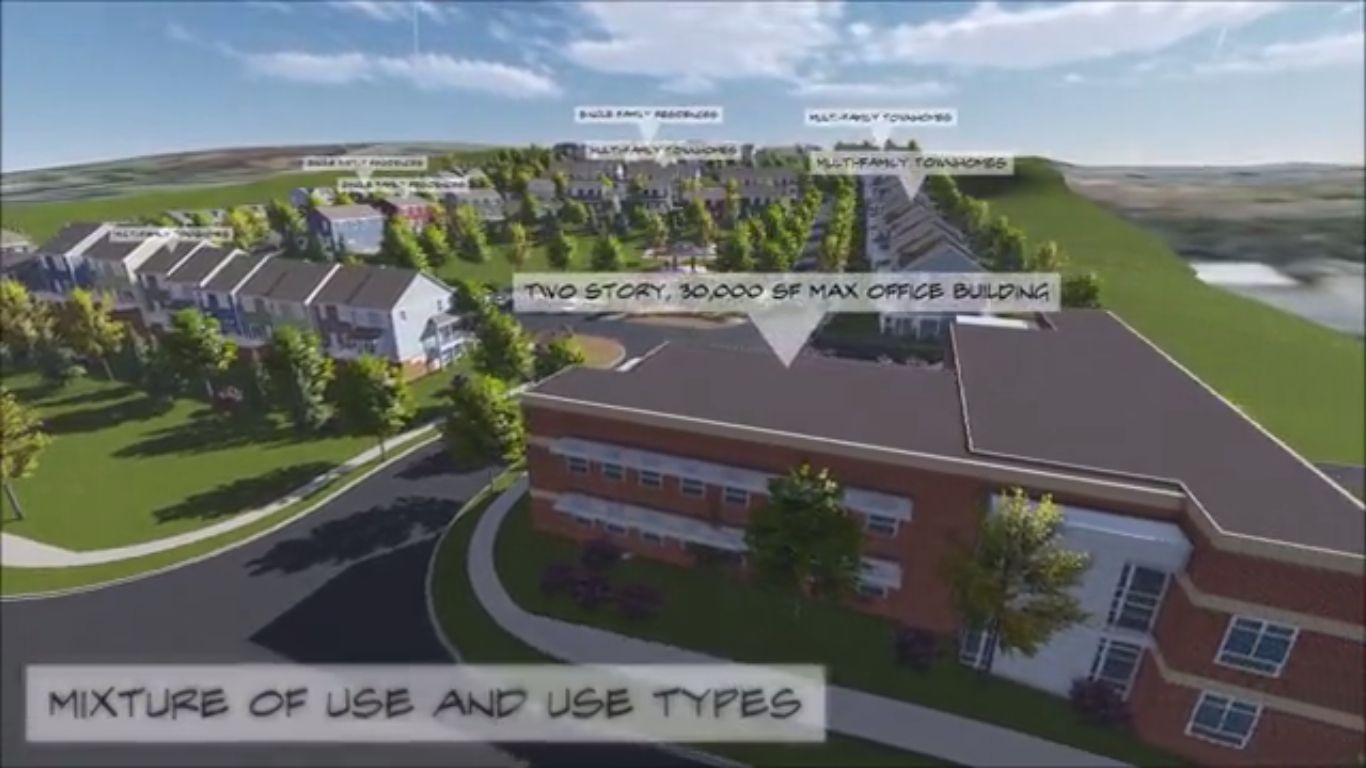 A depiction of Spring Hill Village

The Albemarle Board of Supervisors has approved construction of as many as 100 new homes between Avon Street Extended and Route 20 in the county’s southern urban area.

Developer Vito Cetta, of Weather Hill Development, said projects like his are helping Albemarle comply with the goals in the Comprehensive Plan. Since 1980, Albemarle has sought to limit residential development in the rural area.

“We live in a county that increases population by about 2,000 people per year,” Cetta said at the board’s meeting earlier this week. “There has been very little change here as opposed to most places in the country that would be filled with subdivisions by now. We want density in these spots, and the county is looking terrific as a result of that.”

The 12.99-acre mixed-use development, to be known as Spring Hill, will feature an acre of green space inside of a seven-block community that will feature townhouses, apartments, single-family houses and 10,000 to 60,000 square feet of non-residential uses.

In August, the Planning Commission recommended approval, but asked the Virginia Department of Transportation to consider reducing the speed limit to 45 mph in that area of Route 20.

The commission also requested that a retaining wall be built to protect a neighboring property owned by John Schickedantz. That wall will be subject to review by the Architectural Review Board.

Some supervisors had asked Cetta if he would consider building crosswalks on Avon Street Extended to connect the new development with Avon Park. Without the crosswalks, Supervisor Brad Sheffield said, pedestrians seeking to move between both communities would be in danger.

There was debate among some residents of the Avon Street area as to whether to include commercial buildings. Some said they would not mind businesses such as a café within the development.

“The present Comprehensive Plan designation is primarily for a residential community and it’s encouraged to have some mixed-use elements to it,” Cetta said. “It’s a site that needs small pieces. That’s how it’s going to work best.”

Linda O’Conner, president of Avon Park’s homeowners association, said she supports the rezoning because Cetta has listened to the concerns of her neighborhood.

Cetta’s other developments include Wickham Pond in Crozet and Out of Bounds on Barracks Road.

Schickedantz said he was concerned that the code of development for the project could be modified to allow for tall buildings and triple the amount of non-commercial development Cetta had proposed.

“I’m worried that if this gets approved as it is, that if something should happen later and this goes to another developer, the precedent has been set and this would be difficult to change if something becomes objectionable,” Schickedantz said.

But Cetta said he does not want to build more than the 60,000 square feet of commercial space, and is even willing to go lower.

“The uncertainty makes others uncomfortable because they aren’t sure what it’s going to look like,” said Supervisor Ann H. Mallek.

Cetta said the county intends for the project to be flexible and that there has been a fair amount of public input because it is along an entrance corridor.

The Board of Supervisors approved the project unanimously. 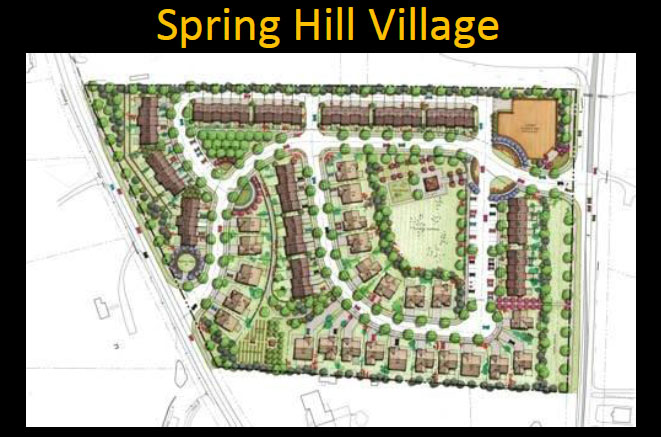