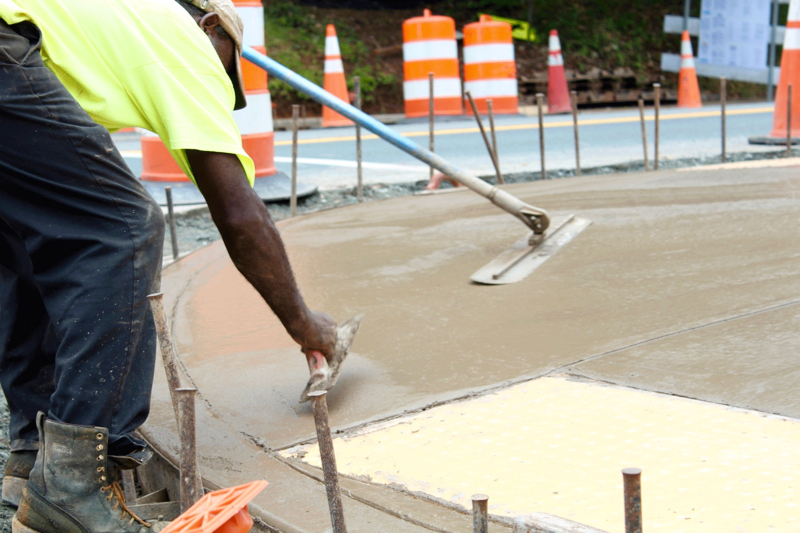 “Sidewalks are kind of like apple pie — it’s hard to be against them,” said Dan Heuchert, co-chairman of the Albemarle County’s Fifth and Avon Community Advisory Committee. “It’s just, where’s the money going to come from?”

In recent years, the county has had limited funds available for sidewalk construction, but some residents argue officials should be investing more in the county’s growth areas.

“There doesn’t seem to be a lot of money for basic amenities like sidewalks,” Heuchert said. “They want a more urban landscape but they can’t seem to come up with the money to give people the amenities that you might expect from an urban area.”

“I think if you look at the southern neighborhood, you’d be hard pressed to find a sidewalk,” Linville said. “We have an urban area where we are cramming more and more residents and we are not providing them with urban-scale amenities.”

Linville noted population differences between the city of Charlottesville and Albemarle County — which the U.S. Census estimated to be around 46,597 and 105,703 in 2015, respectively — and the demand that a large population creates for amenities such as sidewalks and bike paths.

Why aren’t we thinking of urban solutions to urban problems? The city is doing it, the county is not.

“There’s still this perception that we’re a rural community, and we’re not,” Linville said. “Albemarle County is running a city that’s bigger than the city of Charlottesville — it’s the growth area.”

The Virginia Department of Transportation’s Revenue Sharing Program provides up to $10 million in matching funds for localities annually for eligible projects, which can include projects that improve pedestrian conditions.

Prior to the economic downtown, the county’s Sidewalk Construction Program was a source of funds set aside specifically for sidewalks, trails and multi-use paths.

David Benish, acting planning director for the county, said the county has since relied heavily on revenue sharing funds for sidewalk projects.

“Since 2010 — when the Sidewalk [Construction Program] Request went unfunded — for the most part, the only source of funding in the CIP available for any transportation-related project has been CIP funding set aside for the participation in the state [Revenue Sharing] Program,” Benish said.

State funding for secondary roads also has diminished over the years, Benish said. Such funds have been used for projects such as streetscape improvements to Jarmans Gap Road in Crozet.

There also have been some staffing challenges impacting funding for projects.

“I think to an extent we have some staff limitations to be able to as aggressively go for grants as we’d like to,” Benish said. “We’re trying to get back up to speed.”

Many of the current revenue sharing projects have been years in the making.

Initial design work for the Crozet Avenue North project, for example, dates back to at least 2008, when an annual progress report for the county anticipated construction to start in 2009.

Several of the upcoming revenue sharing projects will take about two years to be fully implemented. Public hearings on the Rio, Avon and U.S. 250 West projects are not scheduled to start until September and the county’s targeted construction completion date is currently set for fall 2018.

Though funding is the primary challenge facing many projects, Henry said another factor that commonly slows down a project is the process of acquiring easements and property for constructing a sidewalk.

How a project fits in with existing utility lines is an additional consideration. Meeting specific design standards and public engagement as required by VDOT also can add steps to the timeline of a sidewalk project.

“It’s because, eventually, it’s going to be [VDOT’s] responsibility, which is why they want to ensure we are complying to all their standards,” Henry said. “It’s nothing bad — it just adds to the complexity of it.”

One of the county’s strategies has been waiting for developments in the urban areas to build interconnected infrastructure.

“I think there’s been a particular amount of wait-and-see, particularly during the boom period as development was taking place fairly significantly,” Benish said.

Benish said allowing developers to build infrastructure can free up funds to be used elsewhere, such as in areas where no new developments are planned in the foreseeable future.

Linville, however, said he thinks this strategy has not kept pace with the community’s growing needs.

“Where are we going to get those bike lanes and sidewalks if we’re not getting them provided by the developer?” Linville asked. “Why aren’t we thinking of urban solutions to urban problems? The city is doing it, the county is not.”

The city maintains a bicycle and pedestrian master plan and allocates money specifically for sidewalk construction as a line item in its annual budget.

“We’re not dealing with, in my opinion, the costs of growth,” said Cynthia Neff, chairwoman of the Places 29-Hydraulic Community Advisory Committee. “We have grown, the demands on our infrastructure have grown along with that, and part of that infrastructure, especially near schools and in apartment communities, is walking and sidewalks and bicycles.”

Benish said he understands the frustrations associated with the county’s transition to becoming a more urban area.

“There just is limited funding to do work,” he said. “Bonding, taxing, service districts are the options that we need to look at, so I think the criticism is valid — that’s the transition we need to make.”

The county is working to meet urban expectations, Benish said.

“I think there’s good intent on the Board [of Supervisors] and I think there’s a general desire from the public to have these improvements, but it comes at a cost,” Benish said.

Friday: New sidewalks are planned for Rio, Avon and other area roads.