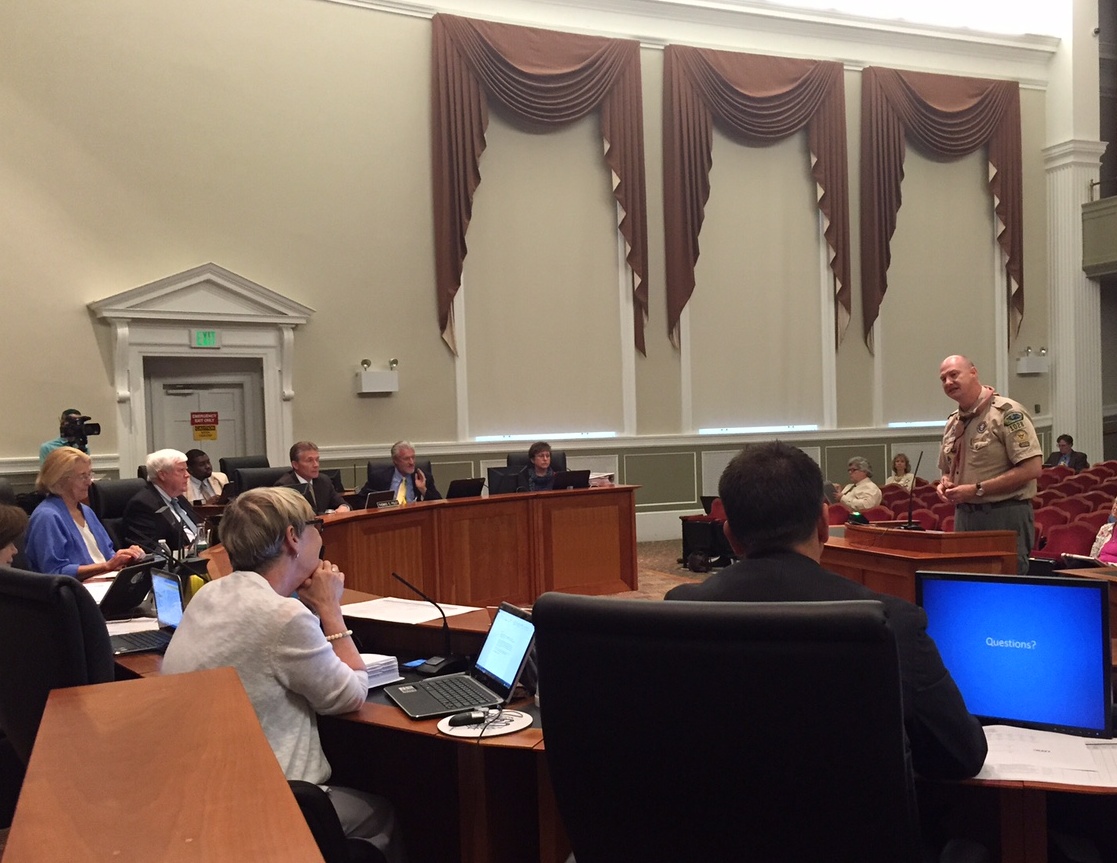 After four years of review, the Albemarle Board of Supervisors has adopted a new Comprehensive Plan, a document that establishes guidelines for major policy decisions in the county.

“I’m glad to see that we’re coming to the end,” said Elaine Echols, a principal planner with the county.

Work on this Comprehensive Plan review began in 2011 with assistance from a $1 million grant received by the Thomas Jefferson Planning District Commission to coordinate plans in both Albemarle and Charlottesville. That allowed the county to hire additional planners to work on the project.

Supervisors have been reviewing the Comprehensive Plan for the past 18 months following an extensive review by the Planning Commission. That body held over 50 meetings on the plan before sending it to the board which held 15 meetings of its own.

Supervisors Kenneth C. Boyd and Brad Sheffield both voted against the plan.

“I cannot support it in this particular version for a number of reasons,” Boyd said. “I don’t think it does enough to promote economic development and job creation in this community.”

The plan had the support of the four other supervisors.

“It’s a plan that is a guideline and it can always be looked at legislatively by this body,” said Supervisor Jane Dittmar. “It’s generally pretty darned good.”

“If this is just a guide and only a guide, why is there such an elaborate process that we have to go through in order to get it changed?” Boyd countered.

Before it was adopted, Echols briefed supervisors on the changes in the plan.

“One of the new items is tools to measure progress towards achievement,” Echols said. “It also sets a new direction for solid waste management.”

The rural traffic calming section no longer includes a direct reference to a study commissioned by the Piedmont Environment Council that included roundabouts on Route 22 and Route 231.

One woman, who asked for that information to be removed, thanked Echols for doing so.

“Changing the basic configuration and concept of a gorgeous roadway dating back to the time before Thomas Jefferson in the view of many would permanently alter history,” Pat Napoleon said.

“We see about 4,000 visitors every year, most from the local community, and that includes over 2,000 local school children,” said Ed Murphy, an associate professor of astronomy at the University of Virginia who runs outreach programs at the Fan Mountain and McCormick observatories.

“Fan Mountain Observatory happens to be the only major research observatory in Virginia, and for that reason we would like to protect those skies,” Murphy added.

City resident Bill Emory said he welcomed language in the plan that calls for a unified vision between the city and county for the Rivanna River.

“We’re heartened by the Comprehensive Plan’s call for land uses that allow for a transition between the city and the county,” Emory said. “We don’t want the city building a campfire spot on one side, and the county building a gunpowder factory on the other side. Makes sense to coordinate.”

The city and county planning commissions will meet to discuss the Rivanna River at a joint work session on June 23.
Neil Williamson of the pro-business Free Enterprise Forum urged the board to vote against it.

“Ultimately we fear the restrictive growth tenor and the regulatory direction of this Comprehensive Plan will be harmful to Albemarle’s advancement and will significantly jeopardize the ability of our children and our grand-children to live and find work in this community,” Williamson said.

Williamson said the plan calls for too much residential density in the growth areas and that policies increase the cost of housing.

One environmental activist urged the county to honor the spirit of the plan.

“Many once wonderful places have succumbed to destructive development in recent decades,” said Tom Olivier. “Good Comprehensive Plans have so far saved Albemarle from that same fate.”