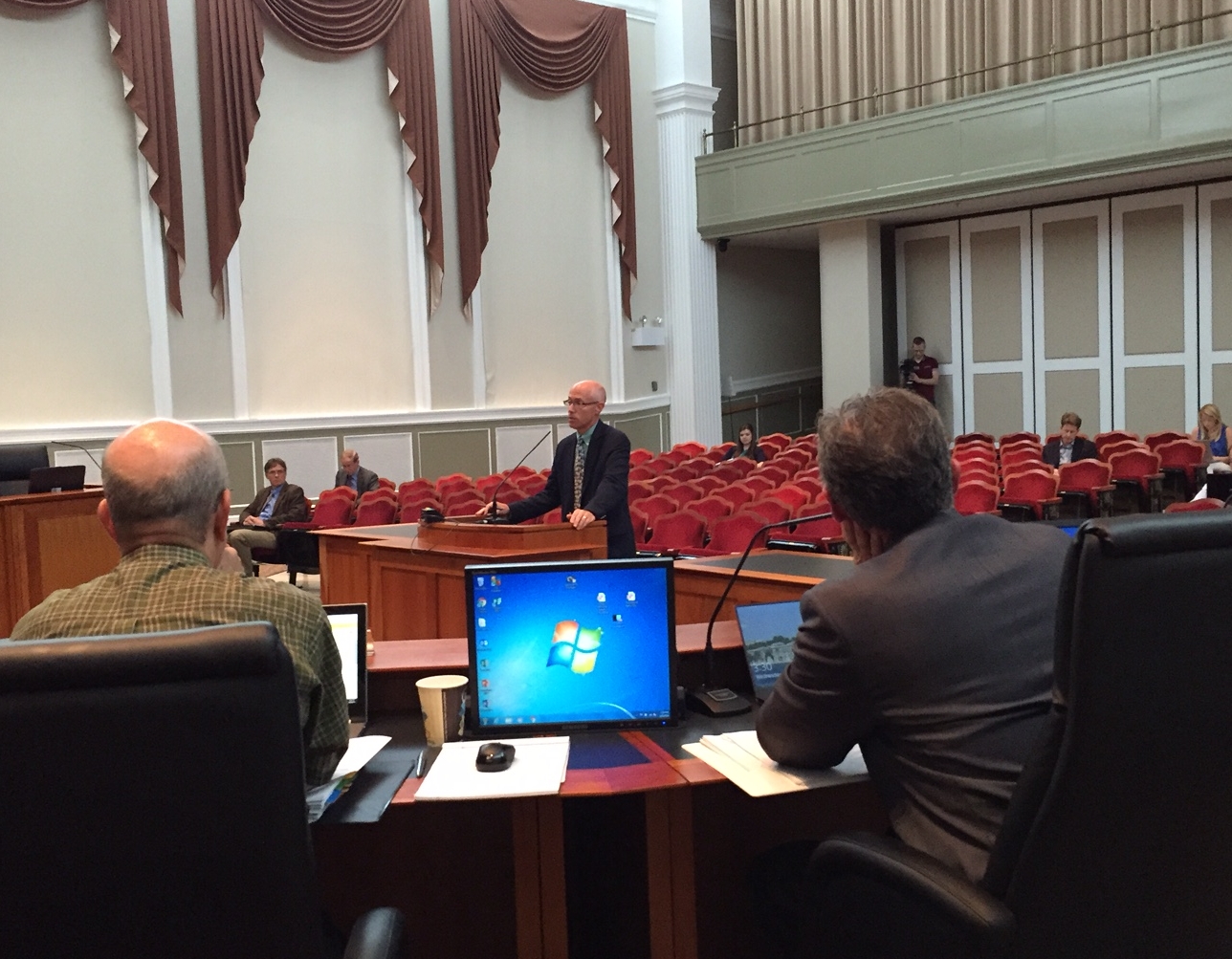 The Albemarle Board of Supervisors this week repealed the county’s cash proffer policy, but also discussed ways supervisors could work to get the General Assembly to amend the law that forced them to do so.

“We’ve got to find a way to have some common sense and a little balance to this,” Supervisor Diantha McKeel said at Wednesday’s board meeting.

Supervisors adopted the cash proffer policy in 2007 to help pay for increased infrastructure caused by dense residential development in Albemarle’s designated growth areas. Since then, developers have paid up to $20,000 for each unit made possible through a rezoning.

“The new legislation requires that proffers address impacts that are specifically attributable to the new development, and the proffers must provide a direct and material benefit to the development,” said Bill Fritz, Albemarle’s chief of special projects.

“The current cash proffer policy is not consistent with the new legislation because the current policy uses countywide averages to determine impacts,” he said.

Fritz said the county still will be able to accept cash proffers, but county staff will have to demonstrate that they will be used to address impacts caused by specific developments.

That leaves Albemarle and other Virginia localities wondering how they can raise additional funds to cover the cost of new schools, roads and other infrastructure.

The legislative discussion could turn toward augmenting another mechanism Albemarle has so far not used.

“Localities do have some impact fee enabling authority to deal with transportation and roads, but to my knowledge only Stafford County has taken advantage of that,” said Albemarle’s county attorney, Gregory Kamptner. “The key reason up until now is because it was perceived by Albemarle County that the proffers were the easier and better way to go.”

Kamptner said impact fees, which also can be applied to by-right developments, will be studied by county staff.

Possible amendments to SB549 came up during a discussion of the board’s legislative priorities for 2017.

Mallek said localities across Virginia should unite to seek changes to the legislation.

“This is the No. 1 thing for the Virginia Association of Counties this year,” Mallek said. “We’re not by ourselves on this.”

Kamptner said he has several concerns about the legislation. One is that proffers must be “specifically attributable” to the impacts created by a rezoning.

“They didn’t define [‘specifically’] in the bill and that’s part of the problem,” he said. “It requires a level of certitude that I’m not sure a traffic impact analysis or a school capacity analysis is necessarily going to provide that level of certitude.”

Kamptner said the legislation originated from concern in the development community that cash proffers were excessive elsewhere in the state.

“Some of the Northern Virginia localities had per-unit cash proffer amounts in the $50,000 to $60,000 range,” Kamptner said. “To the General Assembly’s credit, they were trying to rein in some improper uses of proffers.”

However, both Kamptner and the county’s legislative liaison, David Blount, said they were unclear if the General Assembly will be receptive to any amendments next year.

“Given the timetable for doing a rezoning, there may be very few rezonings that have actually gone through the process under the new legislation by the time the session starts,” Kamptner said.

“I think that any tweaks or changes of any magnitude that are going to occur are going to have to have broad support from the development community and particularly the [Home Builders Association of Virginia],” said Blount, of the Thomas Jefferson Planning District Commission. “They are the ones that drove this legislation.”

In a memo to the board, Kamptner suggested there are ways forward for Albemarle even without amending the legislation. These include developing a new model for evaluating impacts and reverting to a system where cash proffers are evaluated on a case-by-case basis.

One opponent of cash proffers urged the board to eliminate them altogether.

“I firmly believe that as you move forward on this and you cost out what it will cost to come up with a number for specific cash proffers that provide direct benefit, you are going to be better off walking away from cash proffers,” said Neil Williamson, of the Free Enterprise Forum.

The county’s Fiscal Impact Advisory Committee has reviewed the system and made recommendations on how to proceed. One member, Jeff Werner, of the Piedmont Environmental Council, said cash proffers have only paid for a portion of necessary infrastructure.

“If you want the growth area to work, you’ve got to look at the entirely of what’s necessary to make that work and function and make it a desirable place,” Werner said.