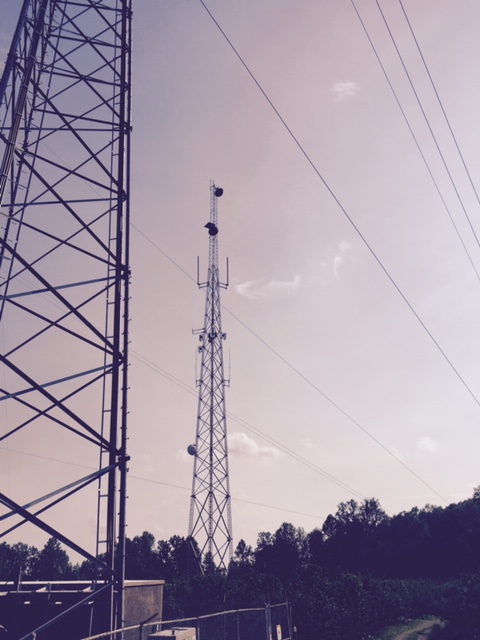 This fall, some of Albemarle County Public Schools’ rural students will be able to access the school division’s network and the Internet remotely.

As part of the division’s efforts to build its own private network, students in certain geographic locations soon will be able to complete schoolwork using wireless broadband technology.

“Right now it’s predominantly in our southern feeder pattern, although there are some areas up toward our urban areas,” said Vince Scheivert, chief information officer for Albemarle schools.

Division staff will spend the summer testing the strength of the wireless signal that will be broadcast from the emergency communications center’s tower on Carters Mountain, and specifying which neighborhoods the new wireless signal will cover.

Scheivert said students now will be able to have “school at home.”

“If you’re in middle or high school, you’ll have your school computer, it’ll connect to the school network and you could be at your house or your neighbor’s house,” Scheivert said. “You’ll have all your files, all your resources, and we’re still blocking [what is blocked at school], we’re still monitoring communications.”

What’s more is that the wireless signal soon will be accessible to all county students.

“Our goal is that within three years all neighborhoods within the whole county will have wireless broadband service,” Scheivert said.

At the same time Scheivert’s team tests and grows wireless coverage in central and southern Albemarle, it will be scouting locations, and talking with potential partners, in other parts of the county about infrastructure placement.

The major challenges to the plan are Albemarle’s size and mountainous topography, as well as local cell tower regulations that prohibit structures from exceeding certain heights.

In general, Scheivert said, the division will be able to stay below tower height regulations because he’s not trying to extend service using “yesterday’s technology.”

“I don’t have an old infrastructure that I’m trying to build up a match to, so I have the ability to use today’s technologies to solve today’s problems,” he said. “If I have to weave through the hollers of White Hall, I can set up mobile units along the way and fill that area.”

Scheivert said another advantage for Albemarle is that local government has land and properties spread throughout the county where it could potentially locate infrastructure.

“So if I’m out in White Hall, I’m looking at the fire station and some of the other sites so we can continue to build out,” Scheivert said, adding that the division would consider renting space from a commercial vendor in the event that a certain public space isn’t available.

Despite that growth, construction on U.S. 29 has temporarily halted the division’s progress. As a result of the slowdown, however, the division and the Virginia Department of Transportation are now discussing more efficient routes for future fiber.

Western Albemarle High School, Brownsville Elementary and Henley Middle School all are connected to fiber that runs into downtown Crozet. When local government completes the Crozet Streetscape Project this fall, that fiber will be linked to fiber that follows U.S. 250 from Charlottesville to Miller School Road.

Local government also is contemplating the future of broadband Internet in Albemarle, and is pursuing two planning grants that would help the locality develop a plan for expansion to help all residents, not just those enrolled in public schools.

To date, Albemarle has applied for a $30,000 Community Development Block Grant from the Virginia Department of Housing and Community Development. Aimed at using the Internet to foster business and job creation, Albemarle’s application highlighted the area’s agribusinesses, such as farms, vineyards and cideries.

Mike Culp, director of technology of Albemarle County, said the application has been accepted, but that Albemarle is still waiting to hear if a grant will be made.

Albemarle also is seeking a planning grant from the same department under a new program called the Virginia Telecommunications Planning Initiative. Now in its first year, the funding program will award up to eight Virginia localities as much as $75,000 each.

With respect to how future broadband services would be delivered, Culp said it’s too early to tell, but that given Albemarle’s size and topography, any plan is likely to include a combination of services.

Within the school division, Scheivert said the service is essential because the educational landscape is shifting.