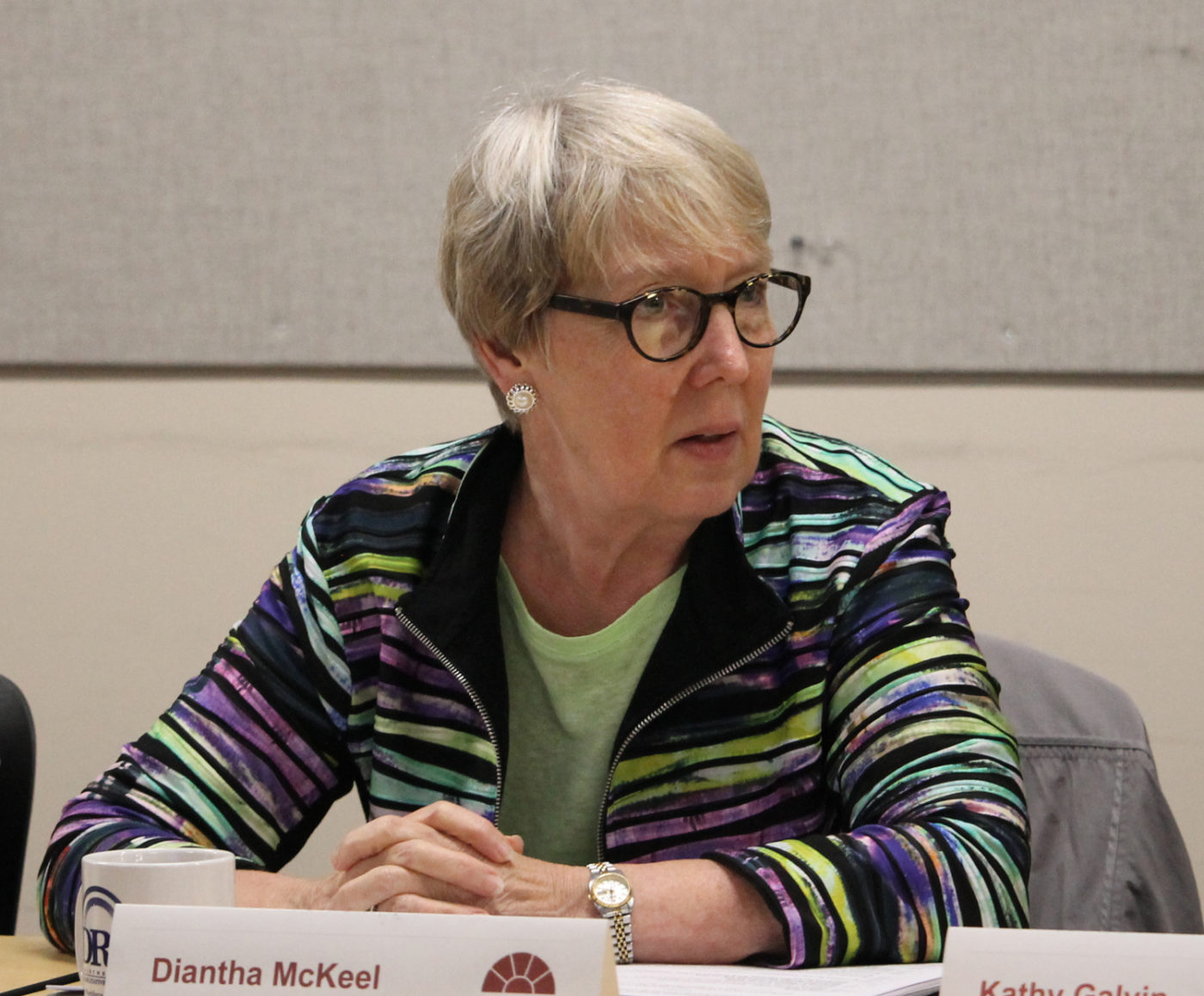 When elected officials from both Albemarle and Charlottesville meet Tuesday for a joint meeting, one topic will be how the two municipalities can work together to improve public transportation.

City councilors and county supervisors will continue a conversation that began last week at a meeting of the Charlottesville-Albemarle Metropolitan Planning Organization. There, county representatives asked for “a more thorough update” on what’s happening with the city-run Charlottesville Area Transit system.

“We all realize that as of October 1, 10 of the 13 transit routes that CAT is running are going into Albemarle County,” Supervisor Diantha McKeel said. “The suggestion here is really only to broaden and expand on the report that we currently get from CAT.”

CAT is an agency within the city’s public works department. It has a budget of $7.315 million in the current fiscal year, which includes just over $1 million in direct funding from Albemarle.

Federal operating grants provide $1.65 million, and $1.46 million in operating assistance comes from the Virginia Department of Rail and Public Transportation.

McKeel said she and the other Albemarle supervisor on the MPO want to see detailed information about ridership, transit planning, marketing initiatives and other operational information.

“This would certainly help Ann [H. Mallek] and myself, as well as our staff, in understanding a little bit about what might be coming up in CAT changes and allow us to react a little bit better,” McKeel said.

McKeel said she wants the JAUNT paratransit service to produce a similar report and for both to be made in advance of meetings and to also be given to the MPO’s technical committee. There was no written report in materials for the September MPO meeting.

“The University Transit Service would be great, too,” McKeel said. “This would help all of us with our communication and understanding with where transit and some of its organizations are going.”

Mallek said she has been waiting for over a year for quarterly reports from CAT. Earlier this year, CAT requested and received additional money from Albemarle to help pay for new service to the new 5th Street Station.

“It’s a big surprise when all of a sudden the bill comes,” Mallek said.

“Having the more formal report, I can see how having it would be helpful not just for you but for all of us,” Szakos said. “I would like to see us consider making it a general report request rather than just CAT because JAUNT and UTS can also affect regional transit.”

However, Szakos pointed out that no one from CAT or JAUNT was present at the September MPO Policy Board meeting.

“I’m a little reluctant to make it official today,” Szakos said. “It seems like it could be more binding if we have their participation in the discussion.”

“A councilor cannot tell a department head what to do,” Galvin said. “The city manager does. The chain of command is something we need to be cognizant of.”

Galvin said the request should be directed to the city manager for his consideration. She also said the topic could be broached at Tuesday’s joint meeting. Supervisors will be briefed on progress made since four memorandums of understanding were signed between the two elected bodies in May.

One of those memos calls upon City Manager Maurice Jones and County Executive Tom Foley to work together on transportation issues. One of the action items is to “identity mutually beneficial ways to cooperate and communicate where possible.”

Chip Boyles, executive director of the Thomas Jefferson Planning District Commission, agreed that the MPO Policy Board cannot direct a member of city staff to provide the report but they could still make the request.

“I do think that since there has been an ongoing practice of each of the transit providers providing a [verbal] report that we ask them to in future reports [use] the format in which we would like it,” Boyles said.

In an email, CAT manager John Jones said he could provide the information.

“Right now, data mining is somewhat labor intensive but this is possible,” Jones said. “Recent technology acquisitions make it possible for us to provide stop and time level data.”

The city and county studied the idea of creating a regional transit authority in the last decade and persuaded the General Assembly to allow its creation in 2009. However, the idea stalled after local officials could not get enabling authority to hold a referendum on increasing the sales tax to pay for the new agency’s operations.

The TJPDC is finalizing an organizational study of the area’s transit agencies. That will be presented in November to another regional body known as the Planning and Community Council. That group is made up of two city councilors, two Albemarle supervisors and top University of Virginia officials.

Farther afield, nearby transportation planners are interested in finding new routes to connect the region’s cities and towns.

“The Staunton-Augusta-Waynesboro MPO has been working on a transit study that would connect Harrisonburg to Staunton to Charlottesville,” Boyles said.

That will be one topic at a joint meeting between the two MPO policy boards on Oct. 26.