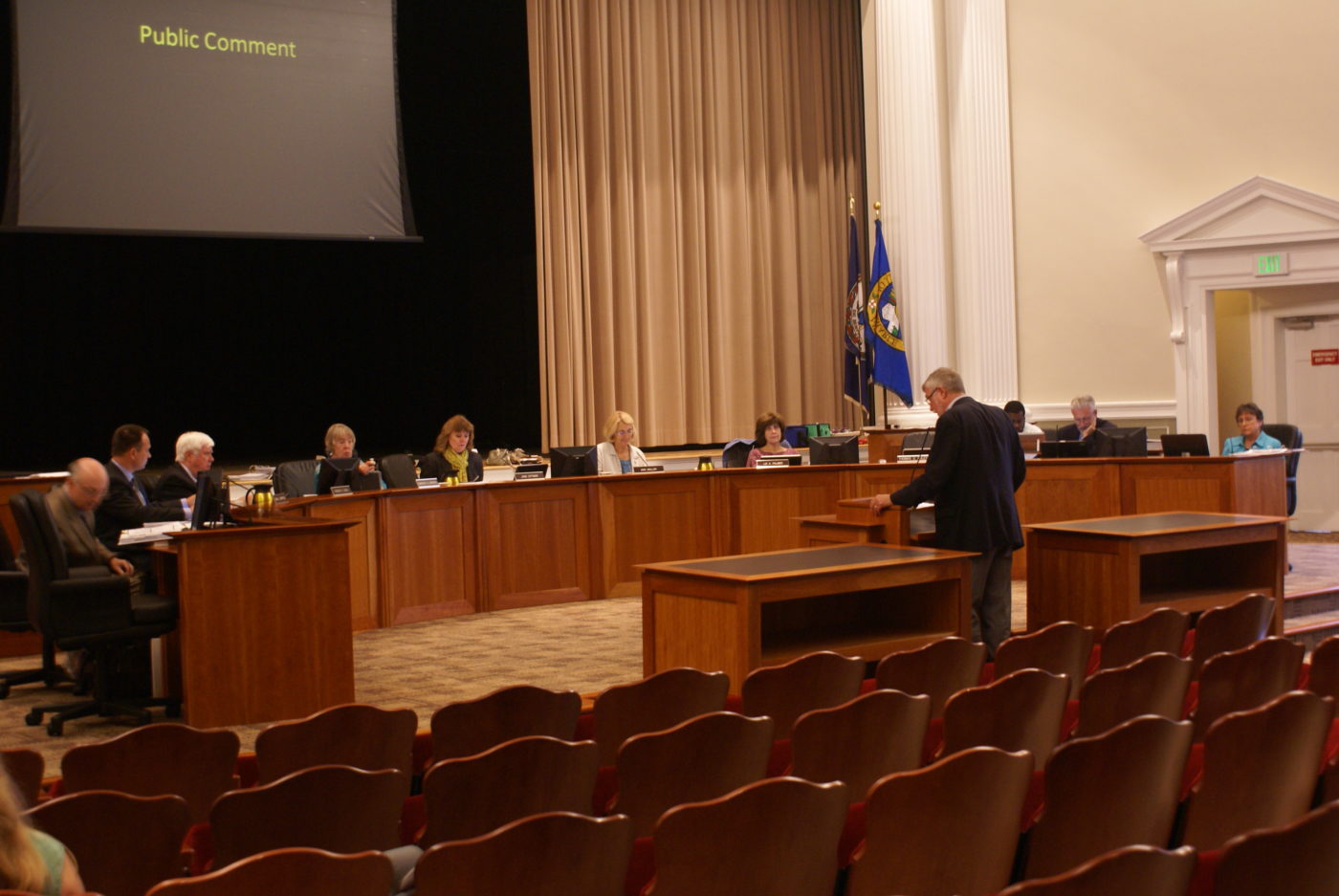 The Albemarle County Board of Supervisors has turned a new page in their review of the Comprehensive Plan – literally.

At Tuesday’s work session, the board provided feedback on a new chapter on housing policy.

“It’s a new chapter in our Comprehensive Plan that has taken many of the recommendations for housing … and put them in a single location,” said Elaine Echols, a senior county planner. “Most everything that is in the current plan is reflected in the housing chapter.”

The proposed chapter emphasizes the county’s goal of providing affordable living opportunities and locating new housing in the development areas and not on the farms, fields and forests that comprise the rural countryside.

“Our pattern has been one that has brought down the number of single-family residential units being constructed annually in the rural area relative to the development area,” Echols said.

The county Planning Commission previously examined the proposed chapter and recommended a couple of changes.

“There’s a couple of tweaks being recommended by the Planning Commission … but nothing that is overhaul or a significant change,” said Wayne Cilimberg, the county’s director of planning.

For example, if a developer were to build 100 new homes, the requirement to build at least 15 affordable units could be lowered to 10 if they targeted households making 60 percent of the area median income.

“The affordable housing proffer ultimately results in 85 percent of all new units to be less affordable,” Williamson said. “By making the majority of the new houses more expensive, you have harmed overall housing affordability.”

Supervisor Kenneth C. Boyd asked about the success of the affordable housing proffers and the ability to find families to fill those homes. He suggested cash payments by the developers might be a preferable approach.

“It seems to me like we’re having much more success with the cash in-lieu of [units] and using that for things like Southwood and Meadowlands,” Boyd said, referring to two affordable housing developments. “That’s a program that I think is really working.”

Ron White, the county’s housing director, said that roughly 175 proffered units have been built so far, with more than 125 being rental units.

Boyd asked whether it is more beneficial to build some smaller homes in upscale developments or to focus on building affordable housing in a more concentrated manner.

“One of the benefits of the plan as it is now is that you do get mixed sizes in a neighborhood,” Supervisor Ann Mallek said.

Mallek suggested that perhaps a higher dollar amount for the cash in-lieu payments would be a more meaningful replacement for affordable units not being built. The current amount is $21,125, or 10 percent of the affordable sale price.

Mallek also asked about finding a way to ensure that proffered units remain in the hands of lower-income families even after the first owner leaves.

“The only way that you can maintain that beyond the first sale is deed restrictions,” White said. “I don’t think the market, particularly the financial market, is in a position right now that they would finance a house with deed restrictions on it.”

White suggested that working with programs like the housing trust might be a way to keep units affordable beyond the first owner.

Echols added that the existing affordable housing policy and the proposed Comprehensive Plan have a recommendation to develop mechanisms for long-term affordability.

The proposal in the Comprehensive Plan also gives developers more flexibility in certain circumstances. Echols said that if there are already a lot of affordable units in an area, developers would, with the proposed plan, be able to make comparable contributions in-lieu of affordable units.

“This particular flexibility is to help keep it from being all cookie-cutter and make sure that you’re getting the best of the situation,” said Echols.

The board plans to continue its chapter-by-chapter review of the Comprehensive Plan at a work session Oct. 7. A final plan is expected to be brought to a public hearing and adopted early next year.