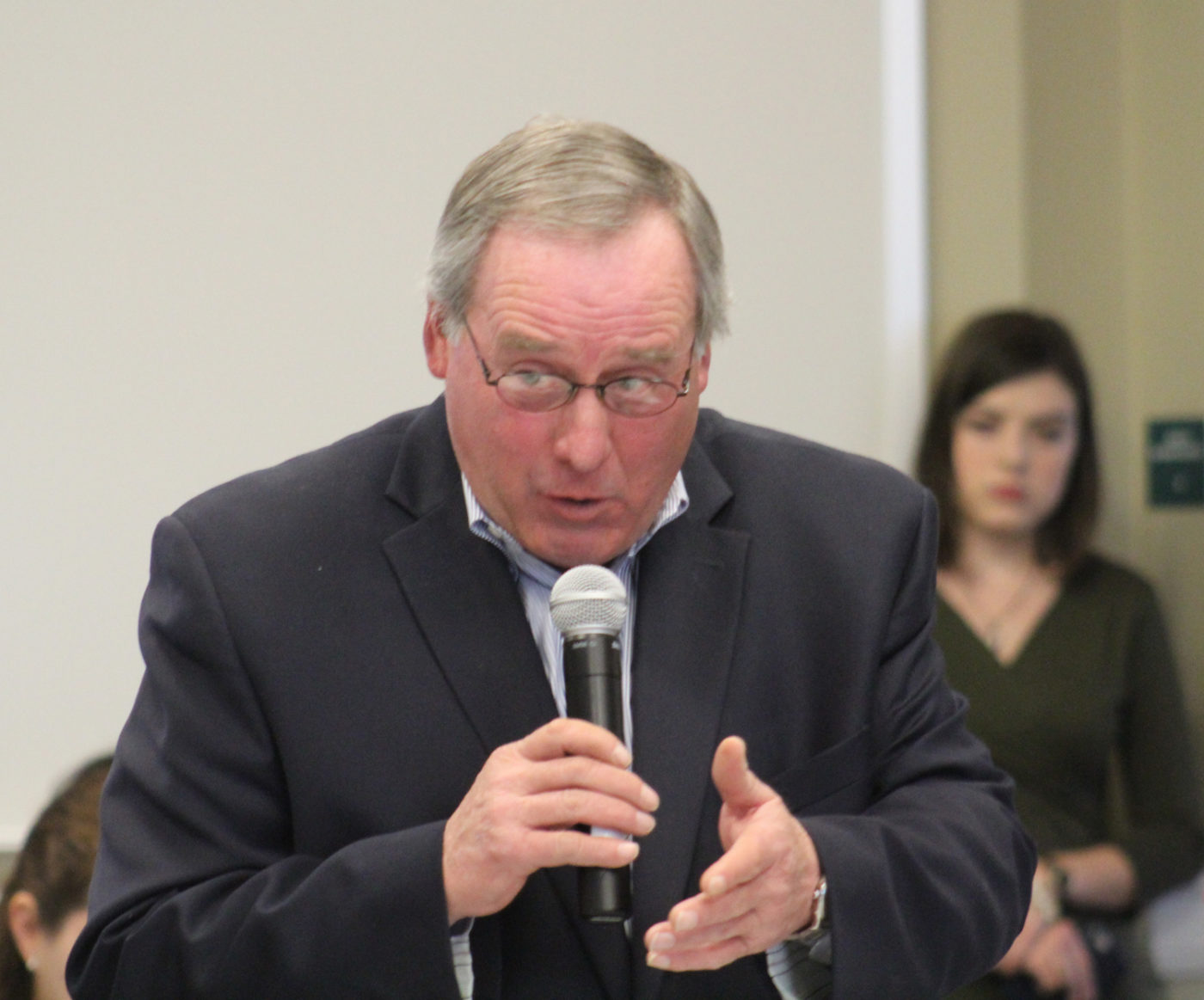 When public hearings are held in April for Albemarle’s proposed $397.4 million budget, citizens will be asked to comment on whether the county should maintain its real estate tax rate at $0.839 cents per $100 of assessed value.

“Once it is advertised, it can go down, but it can’t go up,” said Diantha McKeel, chairwoman of the board.

The elected officials also agreed to support the creation of several new positions in addition to the 19 already within the interim county executive’s recommended fiscal year 2018 budget.

“There are choices that were made by staff in bringing that budget to you,” said Interim County Executive Doug Walker. “Board members are asking about things that, when you add them up, actually add expenses to the budget, and there must be a way to find resources to support that.”

This was the fourth work session in the budget development process. At previous sessions, supervisors had suggested funding several items that had been requested by staff but did not make the cut in Walker’s budget.

One of the items could accelerate the opening of Hedgerow Park, a 340-acre parcel of land donated to the county in 2014. The land is south of the Ragged Mountain Natural Area.

Supervisors signed off Tuesday on spending an additional $90,000 for the parks and recreation budget to help with additional staff that might be needed after the department completes a needs assessment.

“They’re doing a community recreation needs assessment to help establish their priorities for future [park] development,” said Lori Allshouse, the county’s budget director. “We know there are some staffing needs in that department but weren’t exactly sure what that would be.”

Some supervisors wanted to know what this would mean for the possibility of opening the county’s future Hedgerow Park earlier than expected. The recommended capital improvement budget does not include funding for that purpose.

McKeel recently sent a letter to the city, requesting that bicycles continue to be banned from the city-owned Ragged Mountain Natural Area in order to protect the water supply. Hedgerow has been offered as a solution.

“We are interested in opening that up as fast as the parks department can actually do it because they have their process to go through,” said Supervisor Liz Palmer.

Parks Director Bob Crickenberger said an additional manager would be needed to open up Hedgerow Park. An assistant director position has been vacant for several years.

Hedgerow will come before the supervisors in the spring.

“Staff is ready to have a separate conversation with the board soon about the Hedgerow project and what that will entail and where the money will come from,” Walker said.

One of the other positions is an additional staff member in the office of the assessor, which has had the equivalent of 14 full-time employees since 2005.

In that year, assessments were done every other year and there were 38,015 parcels of land in the county. Since then, supervisors voted to move the reassessment process to every year and required the office to validate eligibility for land-use taxation every two years.

“In 2017, we now have nearly 46,000 parcels of land, which is an increase of approximately 21 percent,” said Bill Letteri, the deputy county executive. “Today, the assessor’s office has the same number of [staff].”

County assessor Peter Lynch said his office has been seeking to improve efficiency and that a new computer system has helped with the workload. But, he said, the additional position would help the county respond to disputes over property assessments.

“My office is going to that point where it needs the help,” Lynch said. “We’ve been really running like crazy.”

Supervisors agreed to fund the position at an approximate cost of $73,089 a year, but the details will be worked out before the budget is adopted.

“This is the thing that really touches the folks that we work for,” Palmer said. “If we don’t do this right, a lot of people get frustrated.”

The Jefferson Area Board for Aging had requested an additional $60,000 for a full-time “options counseling” position, but the recommended budget only recommended half of that.

“Options counseling is an interactive decision process provided to clients to support in the identification and access to appropriate resources,” Allshouse said. Supervisors opted to move ahead with the lesser amount, as well as a new urban planner who would focus on the county’s growth area.

“This is a dedicated resource to help with our growing need for urban neighborhood engagement,” Allshouse said.

The position would help support the $1.4 million neighborhood investment funding initiative, which will be coordinated with the assistance of the county’s community advisory committees. This position would cost $87,108 a year.

“I am enthusiastic about this because this is exactly what I was hoping we would see,” said Supervisor Rick Randolph. The board also has asked for this position to start before the next fiscal year begins on July 1.

Supervisors did not approve all of the staffing recommendations. They agreed to get more information in the fall about a health analyst position that would help manage the $30 million the county spends each year on health care for its employees.

Supervisors had a brief discussion on the tax rate before voting to advertise a property tax rate the same as the previous year. The board has approved tax rate increases in five of the last six years.

Randolph had sought an additional penny to devote toward capital projects, whereas Palmer had sought a one-cent decrease to provide relief for taxpayers.

However, a majority of the board opted to proceed with the current rate.

The next budget work session will be held March 28, followed by a tentative meeting March 30.

The public hearing will be held April 11 and the budget will be adopted April 18.