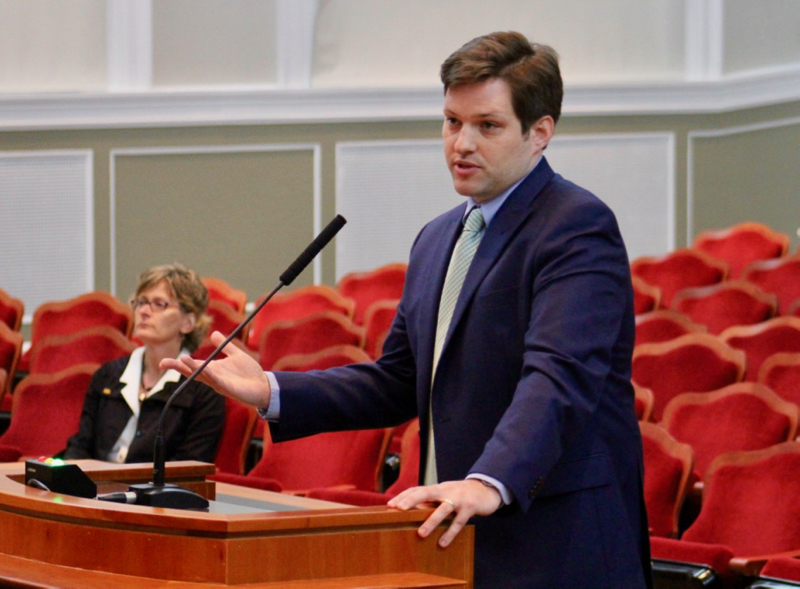 Seth Maughan, SolUnesco's director of projects, told the Board of Supervisors the zoning text amendment was only the first step in moving SolUnesco's proposed project forward.

Albemarle County will allow solar farms in designated rural areas after the Board of Supervisors approved a zoning text amendment Wednesday.

Albemarle’s zoning ordinance did not previously allow energy generation in the rural areas, which encompasses 95 percent of county land.

“You are considering a zoning text amendment to allow utility-scale photovoltaic solar energy facilities as a use by special-use permit in the rural areas zoning district,” said Scott Clark, a senior planner for the county.

A utility-scale solar facility generates electricity for the power grid.

The board unanimously approved the amendment, which will allow SolUnesco — a Reston-based company that develops solar facilities — to apply for a special-use permit to build a solar farm on 70 acres at the intersection of the Thomas Jefferson Parkway and Buck Island Road.

Under the amendment adopted Wednesday, an applicant could apply for a special-use permit to construct “solar energy systems” — which the county defines as photovoltaic panels and the associated structures and hardware that occupy at least a half-acre — in the rural areas. Special-use permits must be approved by the supervisors, who also may impose conditions on the applicant to limit impacts.

“Large-scale solar facilities do need the kind of areas of land we typically only find in the rural areas,” Clark said.

In April, the board directed further study of the potential amendment. The county Planning Commission held a public hearing and recommended approval of the amendment in May, but had concerns about limiting the impacts of the facilities on viewsheds and the rural areas more generally.

The board also discussed supplemental regulations and performance standards for the solar farms.

In response to a question from Supervisor Ann H. Mallek about performance standards, Clark said specific regulations would have taken additional time to develop. The county undertook an expedited process for moving the amendment forward.

“We had the option here of either making this a use by special-use permit and having an understanding, as we develop with you all and with the commission, of what the key issues are that we would have to address in conditions, or setting down understood predetermined requirements for screening and all those other issues for this use before we adopted it,” Clark said. “That latter option … would also take many months longer to get through and get it adopted.”

“Our support for this [zoning text amendment] is conditional on the premise that those supplemental [regulations] will ultimately be developed,” Werner said. “You really need a comprehensive viewshed analysis so that we can determine what the impacts are and not just visibility from neighboring parcels, but historic sites, scenic byways, the national park.”

“There are risks involved in allowing a new use in the rural areas without adopting a set of supplementary regulations,” Butler said.

County staff said during the meeting that residential solar installations would not be affected.

“Solar panels are already an accessory use to a permitted primary use in all zoning districts; they’re by-right,” Clark said. “This [amendment] will not change anything about those accessory solar uses that are already permitted.”

In his presentation to the board, Seth Maughan, director of projects for SolUnesco, said the amendment is only the first step in getting the project approved.

“We’re interested in this [amendment] because we do have a specific project that we’re hoping to develop in the county. However, we’re cognizant of the fact that this [amendment] would go outside the scope of just our project,” Maughan said. “Passing the [amendment] does not green-light any project. We still have a very lengthy process that we’re just at the beginning of.”