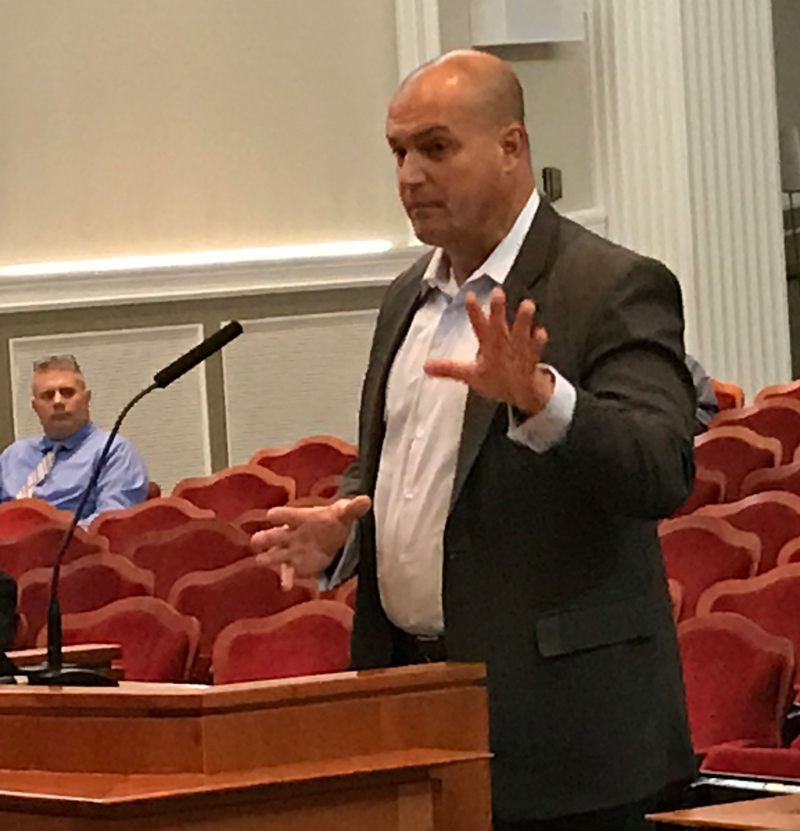 Local developer, Albemarle schools look to save with solarMatt Hantzmon, Cofounder of HelioSage EnergyAlbemarle Schools may pilot use of more solar power

Solar-power farms are not currently allowed in Albemarle County, but the Board of Supervisors has taken a first step forward to permit them in the future.

“The current zoning ordinance allows for the transmission and distribution of energy, but not the generation of energy,” said county planner Margaret Maliszewski at Wednesday’s board meeting.

The zoning change is necessary so that Reston-based SolUnesco can formally submit an application to develop an 11-megawatt “photovoltaic solar energy generation system” off of the Thomas Jefferson Parkway in southern Albemarle.

“Our project is for the wholesale supply of energy that goes onto a wholesale network of transmission and distribution lines and that allows people to buy energy from our project or for a utility to buy energy directly from us,” said Francis Hodsoll, chief executive officer of SolUnesco.

Supervisors unanimously agreed to direct the Planning Commission to study an amendment to the zoning code.

“This is the first step to get the process going so we can get all the information to make a decision,” Supervisor Ann H. Mallek said.

One Albemarle resident expressed concern about the idea.

“As a member of a rural neighborhood, the first thing that comes to mind is protection of the rural areas,” said Phillip Fassieux. “We all love solar power, but at what cost?”

“How will residents of Albemarle benefit specifically from turning over part of our rural county to its use?” he said. “Will we see reductions in electricity rates?”

Seth Maughan, SolUnesco’s director of special projects, said those questions would be answered.

“Many of the environmental concerns will be looked at in great diligence throughout the process,” Maughan said.

The item will go before the Planning Commission in May, and if they take action, it will go back to the board in June.

“We have talked about it internally, and we are trying to accelerate the zoning text amendment which would simply allow them to make an application,” said Mark Graham, the county’s community development director.

If approved by the board, would-be applicants such as SolUnesco would need to seek a special-use permit for any solar farm.

“It would be just like any other building that we would have a special-use permit for in the rural area on an individual basis,” said Supervisor Liz Palmer.

“Conditions could be imposed to address the impacts,” said County Attorney Greg Kamptner.

SolUnesco’s website states the company seeks a minimum of 10 acres of land, as well as leases with a minimum of 25 years. The company assumes all risks and development costs for construction of the solar farm.

“Once you build it, it generates energy for 20 or 25 years,” Hodsoll said.

“Compared to alternate uses for the land, it’s a very nice source of income for the landowner,” Maughan said.

The application for an 11-megawatt solar farm would require about 70 and 80 acres of land. Maughan said that amount of energy could fuel the demand for about 2,000 average Virginia households.

Virginia is currently ranked 17th among states in terms of the nation’s solar providers, according to the Solar Energy Industries Association. More than 192 megawatts of energy-generating facilities were installed in 2016, but less than 0.05 percent of Virginia’s electricity comes from solar.