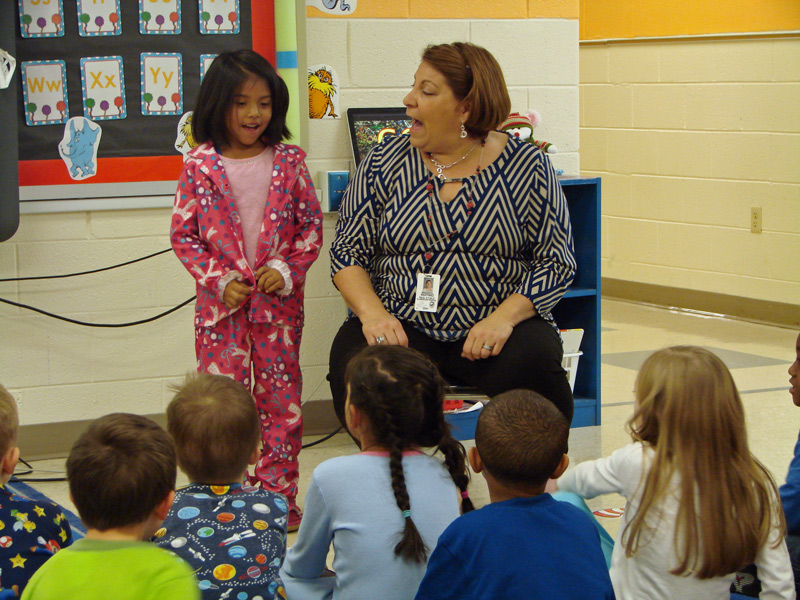 In the near future, more and more of Albemarle County’s elementary students might be receiving instruction in a language other than English.

During a recent update to the county’s School Board, schools officials briefed the division’s leadership on plans to expand world language instruction to all of the county’s elementary schools. The change would eventually impact the middle and high schools, which would have to offer more advanced classes.

“The expansion of world languages has deep implications for opportunities for our students,” said Rusty Carlock, Albemarle’s international and ESOL program coordinator. “As the world becomes increasingly interconnected, we know the capacity to move across languages … is becoming more important.”

In response to a September request by the School Board, staff presented a plan to roll out world languages to two to three elementary schools per year over the next five years. Most likely, the rollout would begin in 2016-17, schools officials said.

“We want to move forward slowly so we have a clear process in place,” Carlock said.

To determine which schools would begin in which year, Albemarle’s Department of Instruction, along with school principals, would utilize a readiness assessment that would consider languages already spoken at a school and in the school’s feeder pattern, as well as input from parents and the business community. Then, once a principal feels that his or her school is ready to implement a program, he or she would come forward with a proposal that would include which language a school would adopt.

Currently, Cale Elementary offers immersion or pull-out instruction in Spanish for all students in kindergarten through second grade, and the school hopes to expand the program to the third grade next year. The program began with kindergarten students in 2012 and has added one grade each year.

Pull-out students receive 120 minutes of Spanish language instruction per week. These courses are not taught by the students’ classroom teacher, but the instruction is related to content the children learn in their home classrooms.

Interested parents with students in the appropriate grades can apply for immersion instruction. Because there are a finite number of slots in the program, the school uses a lottery system to admit applicants. All students who aren’t chosen for immersion receive pull-out instruction.

Learning in two languages at a young age helps speakers of any language, Albemarle School Board member Steve Koleszar said.

“The thing we’re seeing at Cale is that literacy in the second language just supports literacy in the first language … which may change the way we think about how we teach middle school foreign languages,” Koleszar said.

Lisa Jones, Cale’s principal, said she started the language pilot to improve learning for all students.

“We know from research [that] learning a second language is best done when it makes sense in the natural cognitive developmental years when children are learning language,” Jones said.

The program’s benefits also extend beyond academics, she added.

“Any school’s challenge is always going to be how you build community when you have a diverse population, and world language instruction has really helped us establish a community of one,” Jones said.

Phil Giaramita, the school division’s spokesman, said Cale’s 42 percent Latino population — the largest of any Albemarle County school — and its teachers’ ability to work with that student population were just some of the reasons the initiative started there.

Any changes made to elementary school classrooms have future implications for middle and high school classrooms. As a result, middle school curriculum would be revised to include a sixth grade conversation course, a seventh grade level 1 course and an eighth grade level 2 course. Because doing so would mean that students could no longer double block language arts or math, middle school principals are now meeting to review alternative scheduling options.

The School Board also will have to determine whether students will be obligated to take world language courses in middle school.

The high schools would then develop more language choices, such as Arabic and Mandarin Chinese, and would begin offering higher-level language courses in mainstays such as Spanish and French, officials said.

Charlottesville City Schools launched its current foreign-language program in 2008. City students in grades one through five are taught Spanish for one hour per week, and the content they learn corresponds to that grade’s existing curriculum. Sixth grade students can take either Spanish I — which earns high school credit — or an intermediate Spanish course.

Debbie Collins, Albemarle’s director of K-12 instruction, said that would be part of the readiness assessment.

Albemarle School Board member Eric Strucko said he supports the initiative, but wants to see scenarios that display different levels of implementation.

“So as we go into the budgeting process and we start looking at resource distributions, maybe we can see what we can afford and then tell you to proceed this way,” Strucko said.

Pam Moran, Albemarle’s superintendent, said many parents have encouraged staff to keep the issue on the School Board’s radar.

“The other two feeder patterns want to see that they still have some potential that this may move forward for them, as well,” Moran said.

Despite the interest, the division doesn’t know if it will have the funds for new initiatives as it’s facing what could be a $4.4 million deficit for the coming fiscal year.

“There’s concern in organizing parents around the issue when there’s an absence of funding,” Carlock said.

“I think schools are challenged thinking about it without additional resources,” Collins said, noting that one of the next steps is to communicate the division’s goals to teachers.

Carlock said the significant time and effort the expansion will take is worth it.

“Taking these first steps toward building multi-lingual and multi-cultural curriculum for all of our students will deepen all of our endeavors in our schools,” Carlock said.