An hour with … Dr. Cameron Webb 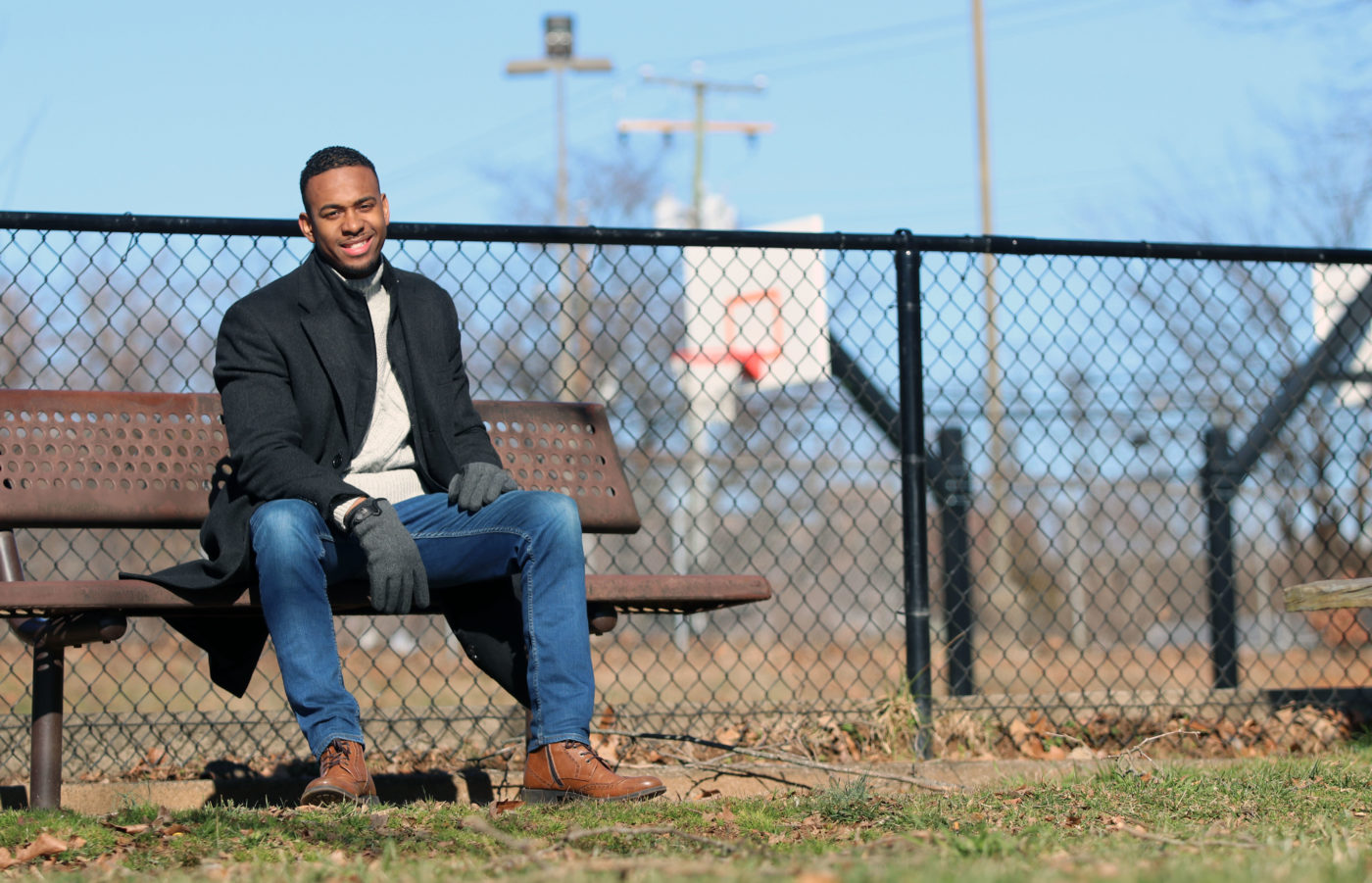 Democratic candidate and doctor to focus on healthcare

Fifth Congressional District candidate Dr. Cameron Webb selected the basketball courts at Tonsler Park as a place that is special to him for his interview with Charlottesville Tomorrow. The Fifeville neighborhood park is roughly a midway point between Downtown Charlottesville and the University of Virginia Grounds — a symbol not lost on this candidate who will have to connect with Virginia’s geographically largest congressional district in order to be elected and then, if elected, represent his constituents. He also frequented the courts during his time as a student at UVa for pickup basketball games where he was able to engage in a community outside of the collegiate bubble.

“Basketball has always been a great way for me to connect with people,” Webb said.

The physician always had an interest in the intersection of law, policy and healthcare — earning a medical and law degree along the way — so, after his medical career took him to many states on the East Coast and Midwest, he put his legal and policy skills to work in a White House fellowship that spanned the end of the Obama administration and beginning of the Trump administration. It was after his stint at the White House and his return to UVa that his current position as director of health policy and equity at the university was created for him.

“The idea was that UVa just didn’t really have much of a footprint in the health policy space and I was coming back to the university with a lot of health policy expertise, so we wanted to really put together a space where we could do education and research around health policy,” he said.

In his position, he teaches at the university while also running a research lab that examines access to and cost of health care. On some current work from the lab, Webb’s team is looking at how Medicaid operates in the state, and he also serves on the state Medicaid board.

“I have a lot of projects that look at the social determinants of health — so a lot of things like housing, food access, transportation and education — and how all those things come together and impact health outcomes,” Webb said. “And also some projects that look at the cost of care — how to understand trends in spending and how to minimize some of the excess costs that we have in our healthcare system.”

As such, his research will influence some of his policy proposals regarding healthcare, if elected.

“We had the highest insurance premiums in the [Affordable Care Act] marketplace in the country in 2018 in [the 5th Congressional] district,” Webb said. “I think that idea of the cost of care hits home here.”

During his tenure at the nation’s capital, he served on the White House Health Care Team and worked on President Barack Obama’s My Brother’s Keeper Initiative, where he helped with issues in education, workforce development and criminal justice reform.

“I always tell people I went into the White House a policy guy, and I came out a lot more political."

“Those two experiences were incredible for me,” Webb said. “In the health care team, I had the opportunity to bring together all I knew from medicine and law and pull that together to help execute the Affordable Care Act. On My Brother’s Keeper, I really had the opportunity to see how government could be involved in helping navigate some societal challenges that persist, structural inequality that persists and how to work around it.”

Webb said that in coming back to Virginia, he was able to bring that vantage point of federal government and the role it can play at a state level, as well. He says the change from that to his role at UVa, was “a natural pivot.”

His federal experience also helped shape the type of elected official he aims to become.

“I always tell people I went into the White House a policy guy, and I came out a lot more political,” Webb said.

“I really learned a lot about not just the Republican perspective on a range of different policy issues, but the movement of conservative positions on a lot of these issues,” Webb said. “Digging into those and having those debates in the office with folks really sharpened my perspective. Coming back to a community which is home to me and seeing that same range of perspectives represented here in the 5th [District], I realize that I have a unique background and skillset to add here that hopefully can do some good.”

On representing the district, Webb said whoever holds that seat has to be confident and comfortable to engage with constituents all around.

“I feel like that’s something that is kind of missing in our representation is that visibility and accessibility,” Webb said. “That’s going to places that you don’t think your view is always going to be popular, but just making sure that you have the confidence of your convictions to go places where people will have different opinions than you have, and here those different opinions. You’re not just elected by the people who voted for you, but you’re elected to represent the entire district.”

While the sprawling, 100,000-square-mile district has a variety of topics to represent, Webb noted some through lines. He referenced education concerns across the 5th District — which is about the size of New Jersey and contains urban and rural communities stretching from North Carolina to nearly the Maryland border.

“If you go from Fauquier County down to Danville and over to Brunswick, the issues you’re going to see vary somewhat, but there are some common threads,” Webb said. “Inequity in education is certainly an issue across the district, it just looks different in different places. So making sure that we’re able to see the nature of the problem in these places, and at the same time tie a thread between them, is key.”

On some priorities if elected, Webb cites ensuring access to healthcare, climate resiliency and economic mobility.

“We’re a generation where we are going to earn less than our parents,” Webb said.

He also explained how some people lack opportunities that can help them “move up the ladder” economically.

On running as a Democrat this year, Webb notes the undifferentiated voters in the district who are not “die-hard” Democrats or Republicans.

“They’re like, ‘Hey, show me who you are. Be authentic and tell me your ideas,’” Webb said. “I think that [in] 2020, there is, of course, the Presidential race — which is its own thing — but I think that across the country, it’s going to be a contest of ideas. I think in districts like Virginia’s 5th, which is a battleground district, we’re going to see who wins that contest of ideas.”

Originally from Spotsylvania County, Webb attended University of Virginia for his bachelor’s degree before earning a medical degree from Wake Forest University in North Carolina and a law degree from Loyola University in Chicago. After moving around with his wife, who is also a doctor, the two decided to return to the Charlottesville area.

In his spare time, Webb said his favorite activities end up involving his wife and children. Spending time with them, no matter what they’re doing, is very special to him. As for hobbies, he considers himself a cinephile, with an interest in checking out Oscar-nominated films ahead of the awards seasons. Of course, basketball has a place in his heart, and he’s currently in an Albemarle County league — though he is aware he may not always be the most available member of it, especially if he gets elected.