An hour with … John Lesinski 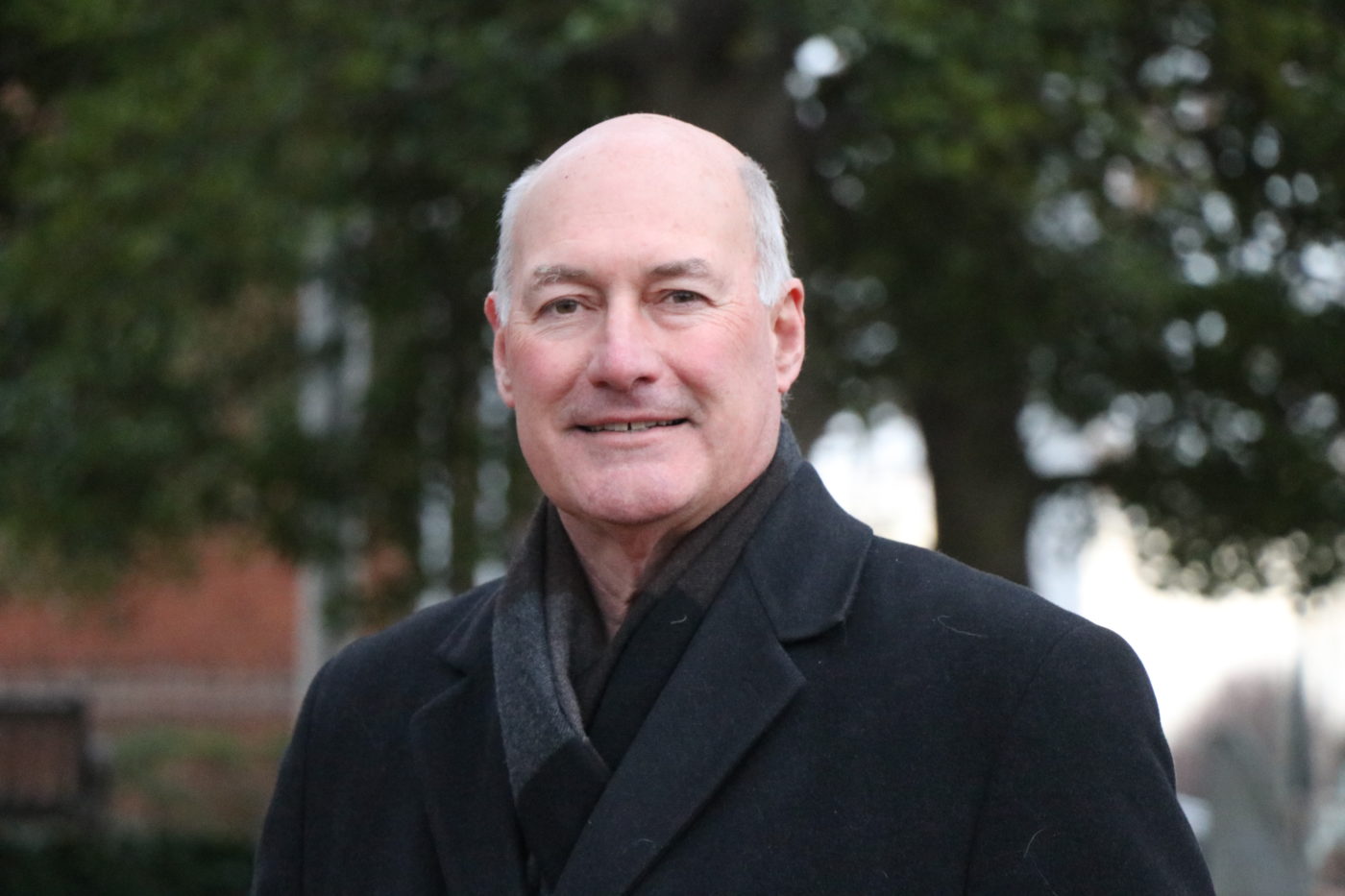 Marine veteran and Rappahannock resident John Lesinski wants to do his part to make the world better.

Lesinski, who has also served in local government and state-level appointed positions, considers climate policy one of his biggest priorities if elected to Congress. He met with Charlottesville Tomorrow for warm tea on the Downtown Mall before walking over to the offices of the recently renamed Community Climate Collaborative, a nonprofit whose work he appreciates.

“I’m very concerned right now that we’re talking across each other. We are very polarized. I experienced it firsthand as a local official,” Lesinski said. “We need to start finding issues we all agree on and use it as a basis to tackle some of the issues we face.”

For Lesinski, fostering climate resilience is one of those issues.

“The No. 1 issue that concerns people in the 5th [Congressional District] is climate change,” Lesinski said. “It cuts across many of the other challenges that we have nationally and in the 5th District.”

As such, he supports energy-efficient federal buildings and tax credits to encourage businesses and homeowners transitioning to renewable energy, along with carbon taxes.

Originally from California, Lesinski’s post-collegiate career in the Marines Corps took him around the world before he decided to settle in Virginia, where he has lived for the past 35 years. Lesinski remained in the Marine Corps Reserves for more than two decades while working in commercial real estate. Along the way, he added local government to his résumé, serving a term on both the Rappahannock County Board of Supervisors and School Board.

Climate change around the world is going to create a refugee problem. There will be people leaving some countries because they will become uninhabitable

He sees the intersection of job creation and the renewable energy sector as ways to help the environment and economy.

That ‘New Deal’ part comes from job creation programs back in the Depression. I think that’s why they grabbed onto the concept of the New Deal,” Lesinski said. “Where are we creating these jobs that would be part of the new green technology? It’s far from decided. These are part of the challenge the government needs to be involved with and lead the way.”

“I’m concerned that dependence can get us into global conflicts,” Lesinski said. “One of the big reasons we are involved in conflicts in the Middle East is fossil fuels, if we reduce dependency, we wouldn’t have to be as involved or get involved in fighting these endless wars.”

“We need immigration reform. I wouldn’t be here if it weren’t for us being welcome to immigrant populations,” he said.

Lesinski said he supports paths to citizenship with respect to asylum laws, but also tackling some of the roots for why people immigrate in the first place. While often times, refugees flee a land from warfare, Lesinski also sees climate change as a potential factor.

“Climate change around the world is going to create a refugee problem. There will be people leaving some countries because they will become uninhabitable,” Lesinski said. “We will have a bigger refugee problem than we have today from warfare.”

He suggests providing aid in “whatever form is reasonable or necessary” and the United States reentering the Paris Accord.

For a policy that hits closer to home, Lesinski said he supports rural broadband expansion — an issue that intersects with the economy, first responders and education, among others — which various parts of the district need. Lesinski said broadband should be invested in and built out as aggressively as electric lines once were.

“If you do it right and smart with a huge investment in it, we can solve so many problems at the same time,” Lesinski said.

Lesinski said that rural broadband expansion can also play a role in reducing carbon footprints through telework and telemedicine, meaning fewer individual cars on the road in commutes every day.

As a veteran and gun owner, Lesinski said he supports the Second Amendment, but he also supports gun safety legislation, like a ban on high-capacity magazines. On education, he supports early childcare education as well as technical education. On criminal justice, Lesinski supports reentry programs and job training, along with  restoration of voter rights when sentences are completed. He also supports regulated medical and recreational cannabis. Lesinski also said he will protect women’s and LGBTQ+ rights. As minimum wage laws work their way through Virginia’s General Assembly session, Lesinski supports raising the minimum wage federally and incrementally,  noting how Charlottesville and Danville — two cities in the New Jersey-sized district — have different economies where “what works for one, may not work for the other.”

“Being on a local Board of Supervisors, I’m a big believer that the more you can push an issue down to a locality, the better because local elected officials best understand the problems on the ground.” Lesinski said. “Whether it’s the board of supervisors or city council, they’re living among the community. They’re talking with their constituents everyday. Having an appreciation for that at the federal level I think is very important.”

Lesinski was a democratic candidate to represent Virginia’s 5th Congressional District. He lost in the primary.