Another hotel proposed for West Main 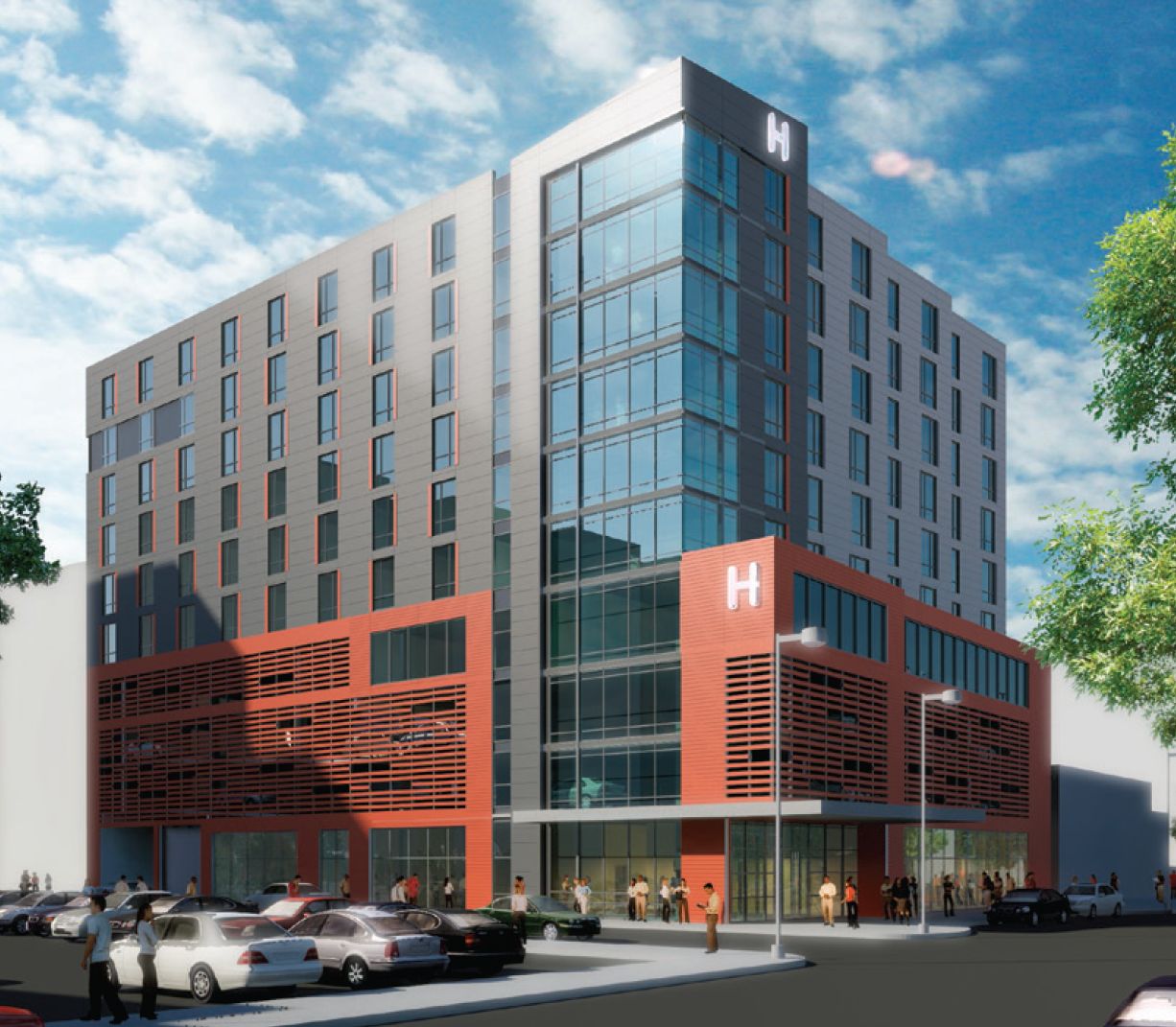 A Washington investment and management company has filed plans with the city of Charlottesville to build a 150-room hotel on West Main Street — the latest in a string of new developments along the corridor.

Carr Hospitality is seeking approval to construct the nine-story Sycamore House Hotel on the site of the existing Studio Art Shop at 1106 W. Main.

“The corner of 11th Street and West Main is an ideal location for upscale accommodations,” said Austin Flajser of Carr Hospitality in an email. “The site is within the University Medical Center district, is within walking distance to the university and is a gateway between the Corner and downtown Charlottesville.”

Since 1966, Carr Hospitality has developed more than 11 million square feet of commercial space in Washington and Northern Virginia, according to the company’s website.

Among its hotels are a 269-room Embassy Suites in Alexandria and the 454-room Marriott Metro Center in Washington.

The City Council would need to approve a special-use permit for the project’s height.

The Charlottesville Board of Architectural Review would need to grant a certificate of appropriateness for the building’s design and also would need to approve a demolition permit to remove a building that city records state was built in 1947.

Architect Bill Atwood previously had been associated with the property and had even secured a demolition permit. However, that has since expired.

The application for the hotel comes at a time when construction is already underway on a Marriott Residence Inn at the other end of West Main Street. That project broke ground in September 2013.

Developer Bill Chapman also opened up the 27-room Oakhurst Inn just south of the University of Virginia this past spring.

However, construction on the unfinished Landmark Hotel stopped nearly six years ago. The skeleton is owned by Atlanta-based Dewberry Capital with no work to finish it being done currently.

The city’s economic development director said the new application is a sign that the market is responding to the Charlottesville area’s tourism needs.

“The current level of hotel activity is a reflection of consistently above average occupancy rates in Charlottesville as compared to similar markets,” said Chris Engel in an email. “As those rates level off the desire to build additional inventory will, as well.”

The application for the Sycamore House Hotel also comes in the midst of a growth spurt on West Main, a corridor that was identified in a 2003 rezoning as a place where taller buildings would be allowed and encouraged.

The city has hired the firm Rhodeside & Harwell to oversee a comprehensive look at the regulations in place for West Main to see if they are still appropriate. That effort kicked off in February but a final report has not yet been presented to the City Council.

“We are waiting on a date that works for all,” said Jim Tolbert, the city’s director of neighborhood development services.

Earlier this month, the BAR approved a demolition permit for two buildings on Commerce Street that will pave the way for a pair of five-story buildings in the 400 block of West Main.

The nine-story Flats at West Village opened to tenants in August after being constructed in less than a year. The mixed-use development has 595 bedrooms and is home to a new restaurant.

Within the last year, the City Council has granted permission for two other large apartment buildings. The Standard is a proposed six-story, 600-bed structure across the street from the Flats. 1000 West Main was approved as a 648-bedroom, L-shaped building on a vacant lot.

However, building permits have not yet been granted for either project.

Charlottesville architect John Matthews helped to secure approvals for both. He said a smaller version of the 1000 West Main project will go before the BAR early next year. There is currently no timetable for when the Standard project will get underway, but Matthews said it may depend on the success of other projects along the corridor.

“West Main Street is the place that has all that you need for this kind of development,” Matthews said.

The developers of the Sycamore House Hotel would appear to agree. The application cites the city’s 2013 Comprehensive Plan, which calls for infill development, mixed-use projects and increased density.

“The design of Sycamore House is a contemporary addition to the corridor that will complement the newly completed Battle Building,” Flajser said. “With a ground-floor restaurant, the hotel will contribute to an active and inviting street life along West Main.”

The Charlottesville Planning Commission is expected to have a preliminary discussion on the special-use permit at its meeting Nov. 11 and a public hearing is scheduled for Dec. 9.