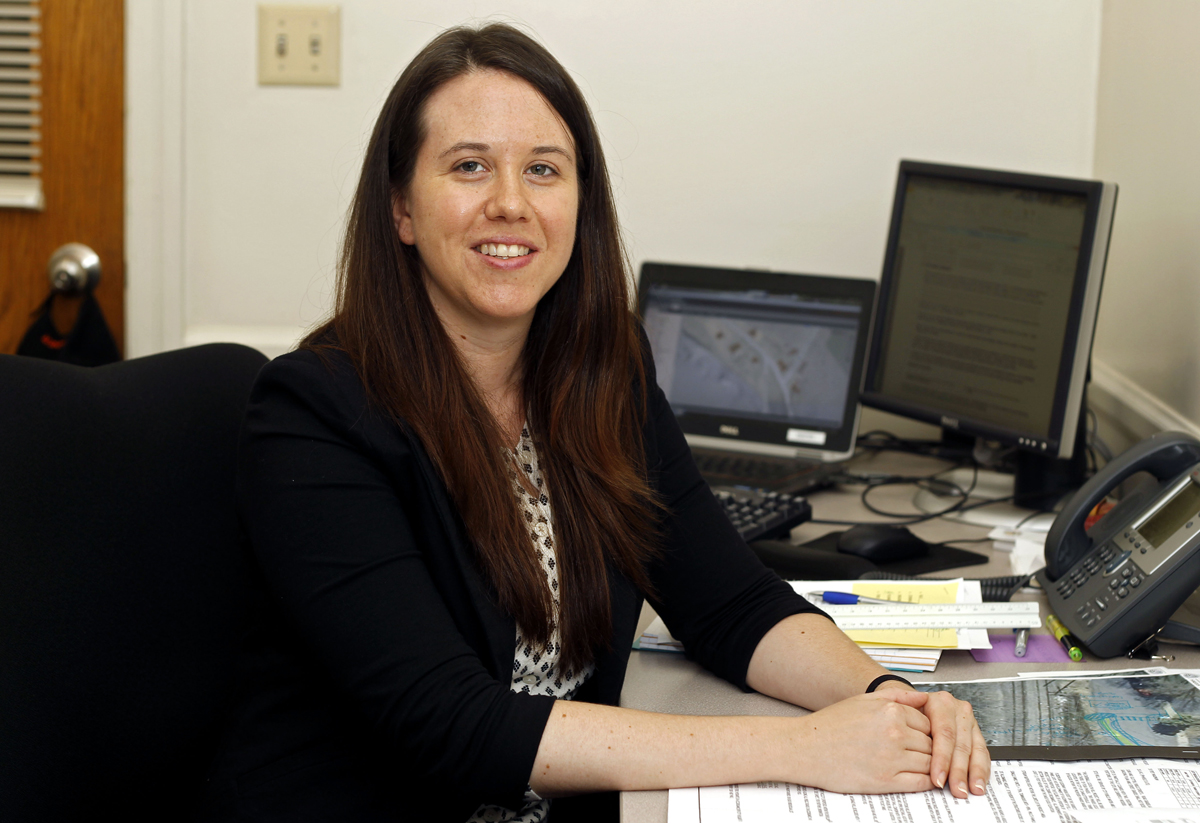 The walls are still empty in Carrie Rainey’s office, but after five weeks on the job as Charlottesville’s first urban designer, the maps of city streets and proposed construction projects flood her desk and fill her time.

The city hired Rainey in April to help facilitate, design and execute some of its major transportation and land-use projects, including redevelopment of West Main Street and the city’s bicycle and pedestrian plan.

“She will work with city infrastructure projects to make sure we’re making good design decisions,” said Jim Tolbert, director of the city’s Neighborhood Development Services. “She will be bringing a design focus, help us develop those projects and help us implement them.”

Rainey, 30, graduated from Albemarle High School and received a degree in landscape architecture from Virginia Tech in 2007. Most recently, Rainey worked in Washington for Toole Design Group, the firm currently working on the city’s street designs and bike plans.

Rainey, whose salary is $50,000, said coming back home was a nice change of pace.

“There’s a lot of great things to do in D.C. … but it can be a bit overwhelming,” said Rainey, who grew up near Barboursville. “I’m in a way relearning the city through a different set of eyes, and I think working in a smaller city really makes that a lot more manageable, and helps me be able to understand the city as a whole, as opposed to maybe being able to understand chunks of a very large city.”

Rainey will be working closely with Amanda Poncy, who was hired as the city’s first bicycle and pedestrian coordinator in 2012.

Poncy and Rainey will both be involved with the Bicycle and Pedestrian Master Plan update, which aims to better connect bicycle, pedestrian and multi-use trail connections in the city.

Rainey said there are some challenges that the city will have to deal with during the design process of the connectors.

“The topography that we have in the city is a very realistic limiting factor, especially when you’re considering pedestrian and bicycle access,” she said.

While one of Rainey’s goals is to see better connections and access for pedestrians and bicycle riders in the city, she said she also would like to see more city public spaces.

“I would like to see the number of publicly available spaces we have grow,” said Rainey, who referenced the city’s Strategic Investment Area located around the Ix warehouse complex. “With that growth there’s a real concern about where things are located, and how can everyone in the community be served by those spaces.”

In addition to her role as urban designer, Rainey is one of three neighborhood planners in the city. She oversees development site plans, code compliance and other neighborhood changes for Belmont, Woolen Mills, Martha Jefferson and Ridge Street.

And as the city embarks on some major design projects over the next few years, Rainey said public input will be crucial.

“Come talk to us, come talk to me directly, call me directly, give me your feedback and your thoughts,” she said. “I think more and more as we’re starting these projects we’ll really rely on input from the public in order to guide these directions, because at the end of the day these are the places of the people.”