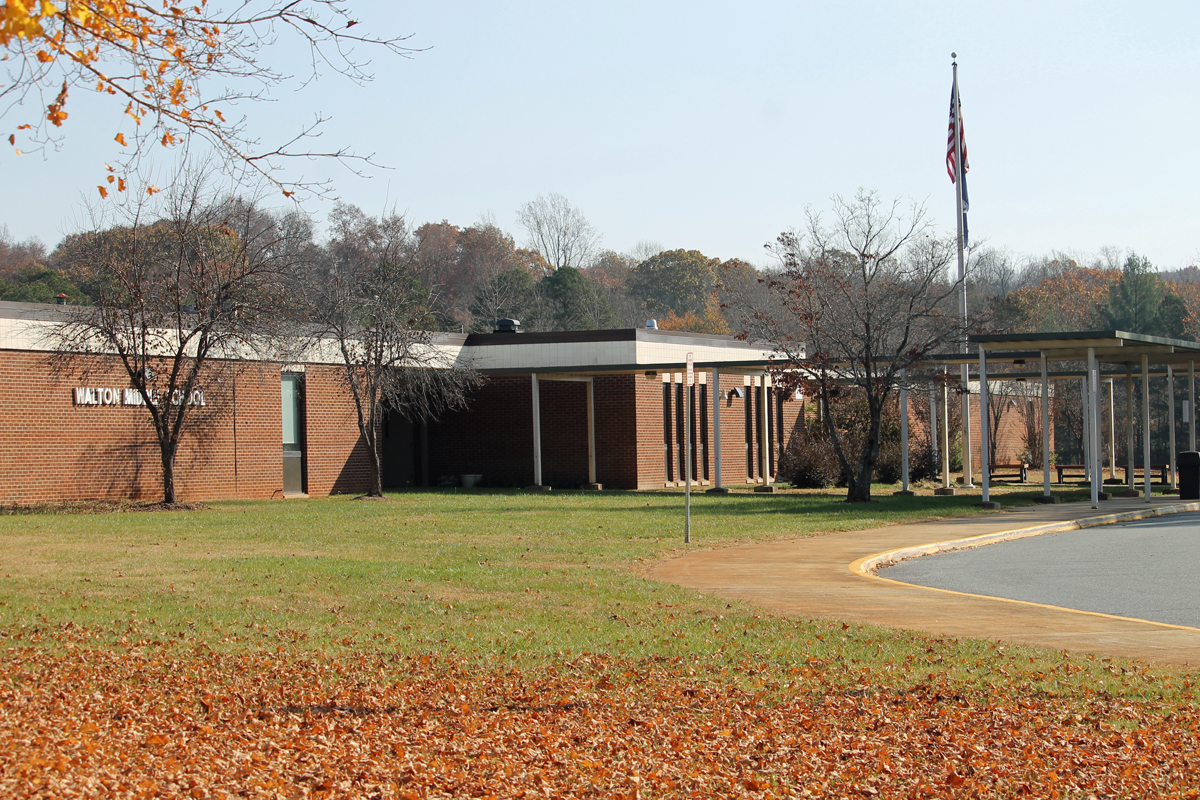 For New Broadus Wood Principal, a Homecoming; Walton Appoints a Walton as Its New Principal

After adopting a disciplinary policy focusing on encouraging and reinforcing good behavior this year, the staff at Walton Middle School has seen disciplinary referrals drop by 80 percent.

According to Assistant Principal Sherica Jones-Lewis, the school’s system of teaching expected behaviors versus unexpected behaviors — as opposed to good versus bad — and rewarding students for good deeds has reduced the administration’s need to hand out suspensions or referrals to the principal’s office.

“We started this program here because we really wanted kids and parents and other adults in our community to be really clear about what the expectations are,” she said. “We have five feeder schools, and discipline at those schools varies, and so bringing our kids together under one Walton umbrella is sometimes a challenge.”

The system focuses on teaching students to be safe, responsible and effective learners, with school staff handing out “paws” — small cards with a blue paw printed on them — as a reward for good behavior.

As the number of school divisions using PBIS has grown, more and more districts are using the practices school-wide, focusing on all students, rather than just a few groups that need special attention.

The U.S. Office of Special Education Programs has a website listing research supporting PBIS and strategies for implementation for entire schools.

Jones-Lewis said the idea came to her and Walton Principal Josh Walton this past summer as they both prepared for their first year at the school. The administration change proved the perfect backdrop to try something new, she said.

“What happened was they tried to get a PBIS program up and running here in the past, but school is busy and there are lots of things going on,” she said. “But with Mr. Walton and I coming into our jobs fresh, it was a good opportunity to start anew this year, since things are already changing.”

Jones-Lewis said she and Walton recognized that middle school can be a difficult change of pace for sixth-graders, and that they hope the combination of positive reinforcement and a set of expected behaviors would crystallize the school experience for new students.

“Middle school, as we know, is challenging for kids, and we know that one of the most important parts of middle school is kids really feeling like they have a sense of belonging,” Jones-Lewis said. “When we talk about being safe, responsible, respectful learners, we talk about that really is the ‘Walton Way.’”

The next step, Jones-Lewis said, is to get away from rewarding students with cards and relying on them being self-motivated to stick to the Walton Way. With the first semester of school more than halfway over, that process already has begun, she said.

Jones-Lewis said that last week a student noticed some of his classmates had left their jackets outside. The student collected them and returned them to their owners, a move that earlier in the year would have earned him a paw.

This time, though, his teacher held back.

“We do not want to reduce the impact of them by giving them out for everything, but that is the kind of thing that kids might get a little card for,” Jones-Lewis said. “Just like, ‘Yeah, that was a really nice thing for you to do.’”