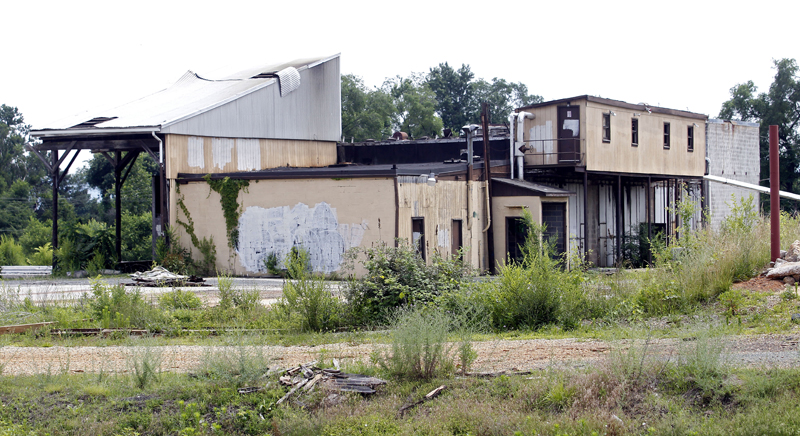 The Albemarle County Planning Commission has deferred a decision on a major mixed-use project that would transform a vacant heavy-industrial site into a new town center for Crozet.

The commission and community leaders both said a deferral would allow more time for the developer to address concerns raised about issues such as traffic, parking and the intensity of new housing versus new businesses.

“I would hate to see us walk away and sort of brush the plan aside,” said Meg Holden, co-chairwoman of the Crozet Community Advisory Council. “I would really like to see us try to work together to come up with something that would be more reasonable.”

“I think there’s a natural anxiety on everybody’s part about this property and getting it right,” Stoner said after the decision.

Stoner said the Crozet Master Plan serves as a vision, but there is no clear road map to success. The project encompasses almost one-third of the recently approved Downtown Crozet District, where the county has said it wants a mix of commercial and residential development at the old Barnes Lumber property in the heart of Crozet.

In response to questions about parking, Stoner said he wanted to avoid big parking lots, but that Albemarle needs to revisit its long-term parking plans for downtown Crozet.

“Our plan … has more than the required parking for downtown,” he said. “Unfortunately, it doesn’t have enough parking to accommodate the real parking demand.”

Stoner also responded to questions about a possible road connection from the east end of the property to Route 240, noting that he is committed to the concept of getting an underpass approved by the railroad.

“We’d certainly be willing to contribute to it,” said Stoner, who estimated the cost at well over $1 million.

“I think there’s no way that our property alone could bear that cost, nor would the benefit accrue just to us. It would accrue to the entire downtown district,” he said.

A key element in Stoner’s plan is the desire for flexibility. He has asked the county to approve a special-use permit allowing residential units on the first floor of buildings. The current expectation of the county is that the first floors in the district be designed for and occupied by a store, office or other public use.

“What’s the flaw in the plan now that we should consider such a change?” Commissioner Tom Loach asked.

Stoner said his proposal would provide options for people who do not want to live in an apartment above an office or store.

“Why should you get a free ride?”
asked Commissioner Rick Randolph.

Stoner also challenged another expectation of the county for new development — payment of cash proffers.

Proffers are voluntary contributions offered by developers at the time they seek approval of a rezoning. Proffers can take the form of cash, a pledge to fund services such as transit, a promise to build affordable homes or the dedication of land and infrastructure to the county.

In 2007, Albemarle sharply increased its cash proffer expectations for new residences, now around $20,000 per unit, in the hopes that new development would pay a greater share of the costs for community infrastructure.

Stoner has been among those suggesting that an increase in real estate property taxes would be a fairer way to raise funds.

“If you look at the amount of money the county has collected in proffers, you could raise twice as much money with a 1-cent increase in the real estate tax and that would be fair to everybody because we’re all part of the problem,” he said. “It’s not just the new people.”

Stoner said that the development would contribute a $2 million road and a downtown public plaza. He said that would equate to $10,000 per residential unit in his plan.

“Why should you get a free ride?” asked Commissioner Rick Randolph. “Why shouldn’t you be giving back when proffers are a reasonable condition to cover the economic impacts that result from a rezoning?”

Stoner acknowledged in an interview that the project is “very, very challenging” economically.

“Further burdening it with cash proffers seems counterproductive,” he said. “If the project is not financially feasible, we won’t do it.”

“I think we’re not that far apart,” Keller said. “I would encourage all parties to see if they can continue working through this.”

David Stoner, who is not related to the developer, speaking on behalf of the Crozet Community Advisory Council, said the group is very supportive of this type of mixed-use redevelopment of the property.

The Planning Commission is expected to take the matter up again at its meeting Aug. 5. Frank Stoner said he plans to work with staff and CCAC members in the coming weeks to address their concerns before returning with an amended proposal.