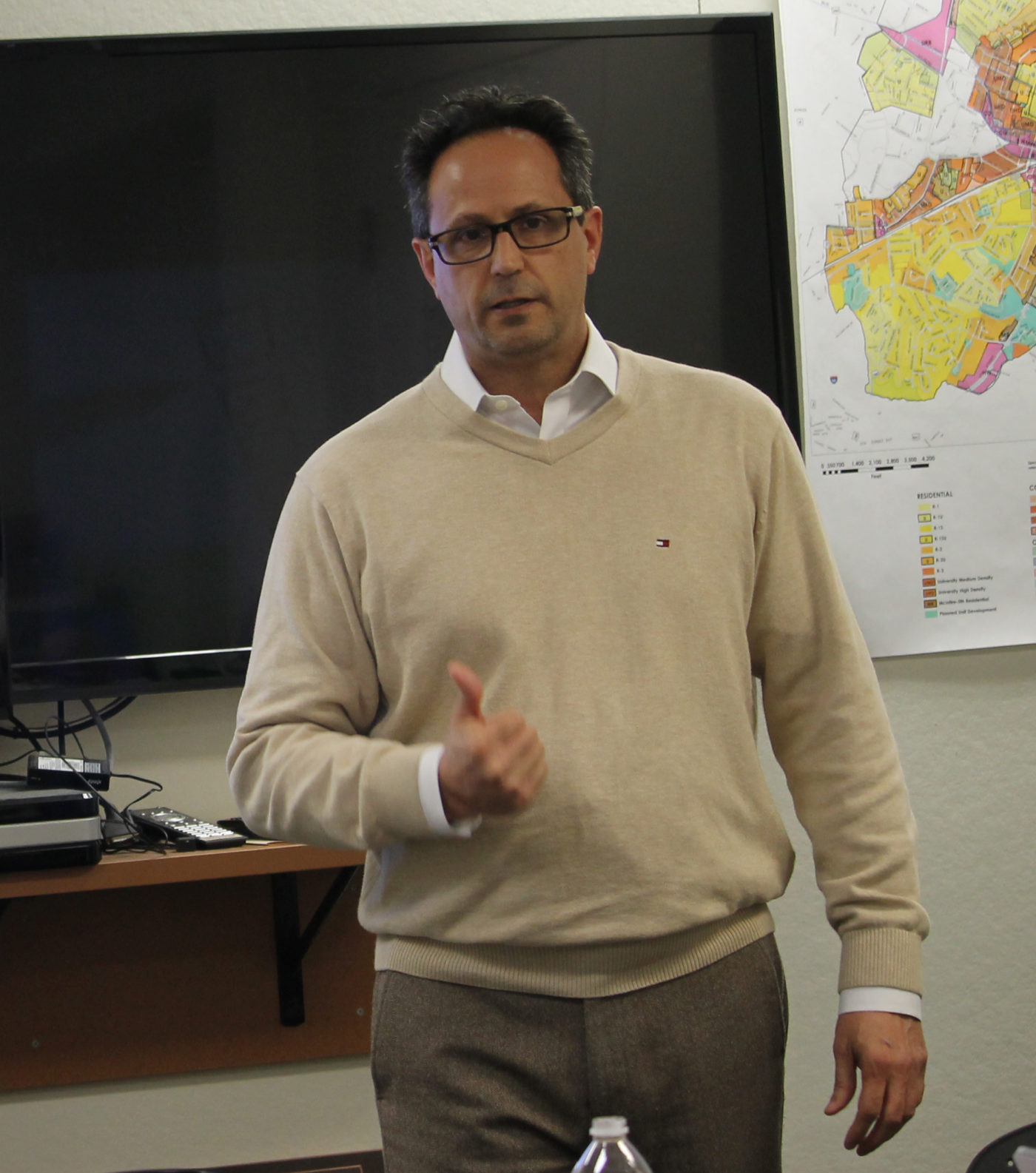 Those were some of the words that participants in a mobility summit on a Belmont Bridge replacement used to describe the aging downtown Charlottesville structure.

“My favorite description used was ‘lumpy,’” said Jonathan Whitehurst with Kimley-Horn, the Richmond-based firm tasked with developing a new design.

The company provided an update Wednesday at City Hall on what it has heard so far in the first six weeks of the process.

“One thing we heard loud and clear is that the intent and desire is that the bridge should be very functional and integrated into the urban downtown fabric as opposed to standing apart,” said Kimley-Horn project manager Sal Musarra.

The company was hired by the city of Charlottesville in December to produce construction documents for the bridge by the end of March 2018.

“An iconic landmark design is not what people are looking for here,” said Stephen Stansbery, a vice president with Kimley-Horn. He added that people would rather protect the bridge’s scenic views.

Over the past six weeks, the group has held seven meetings with city advisory groups, met with officials with the Buckingham Branch Railroad, launched a new website, held a community ‘mobility study’ and started an online survey that had more than 750 participants by Wednesday’s meeting.

“We’ll start to transform all this data and input about what this project should be and then we’ll move into the conceptual design,” Musarra said.

Kimley-Horn officials have so far established several principles that will inform the design. The online survey established that respondents put the needs of pedestrian and bicyclists above those of vehicles.

Survey respondents also want the street network around the bridge to work better.

“We saw less emphasis on what happens on the bridge deck than we did on the approaches and the intersections from a functional and aesthetic standpoint,” Musarra said.

One member of the steering committee was surprised that the aesthetics of the bridge did not factor higher in the input received so far.

“There was a lot of community pride about this being an iconic bridge,” said Belmont resident Amy Gardiner.

Summit attendees also were asked how the bridge should fit into its surroundings.

“When you think about this particular corridor and this bridge, what should it be more compatible with?” Stansbery asked.

For instance, should the design reflect something like the pavilion, the University of Virginia or the surrounding neighborhoods? Stansbery said 84 percent of respondents wanted it to bridge the gap between the Belmont neighborhood and downtown.

Steering committee members also debated whether the 53 parking spaces under the bridge should be retained. The public input received so far does not place that as a high priority.

“There’s not a heavy preponderance of people saying we have to preserve the parking,” Stansbery said.

However, several members of the public who attended the meeting insisted that the parking would need to be replaced.

Joan Fenton, chairwoman of the Downtown Business Association of Charlottesville, said the plan has to show replacement parking somewhere to gain the support of city merchants.

Musarra said the parking spaces could be relocated elsewhere as part of the plan.

“We all have surface parking in our communities that is not the best use of land,” Musarra said. “What we did not hear is that those spaces should stay there no matter what.”

The city is also in the early stages of planning for a new municipal parking garage at the corner of Ninth and Market streets. However, that structure will likely not be built for at least five years.

The group also was asked to provide initial input on the length and width of the bridge. In a straw poll, the majority of the committee favored a shorter span if parking could be relocated in near the bridge.

The committee’s input will be factored into the design charrette that will be held from April 17 through April 19 in CitySpace.

In the meantime, a plan to close the western sidewalk is on hold while city engineers work with Kimley-Horn to come up with alternatives that would maintain two-way traffic during construction.