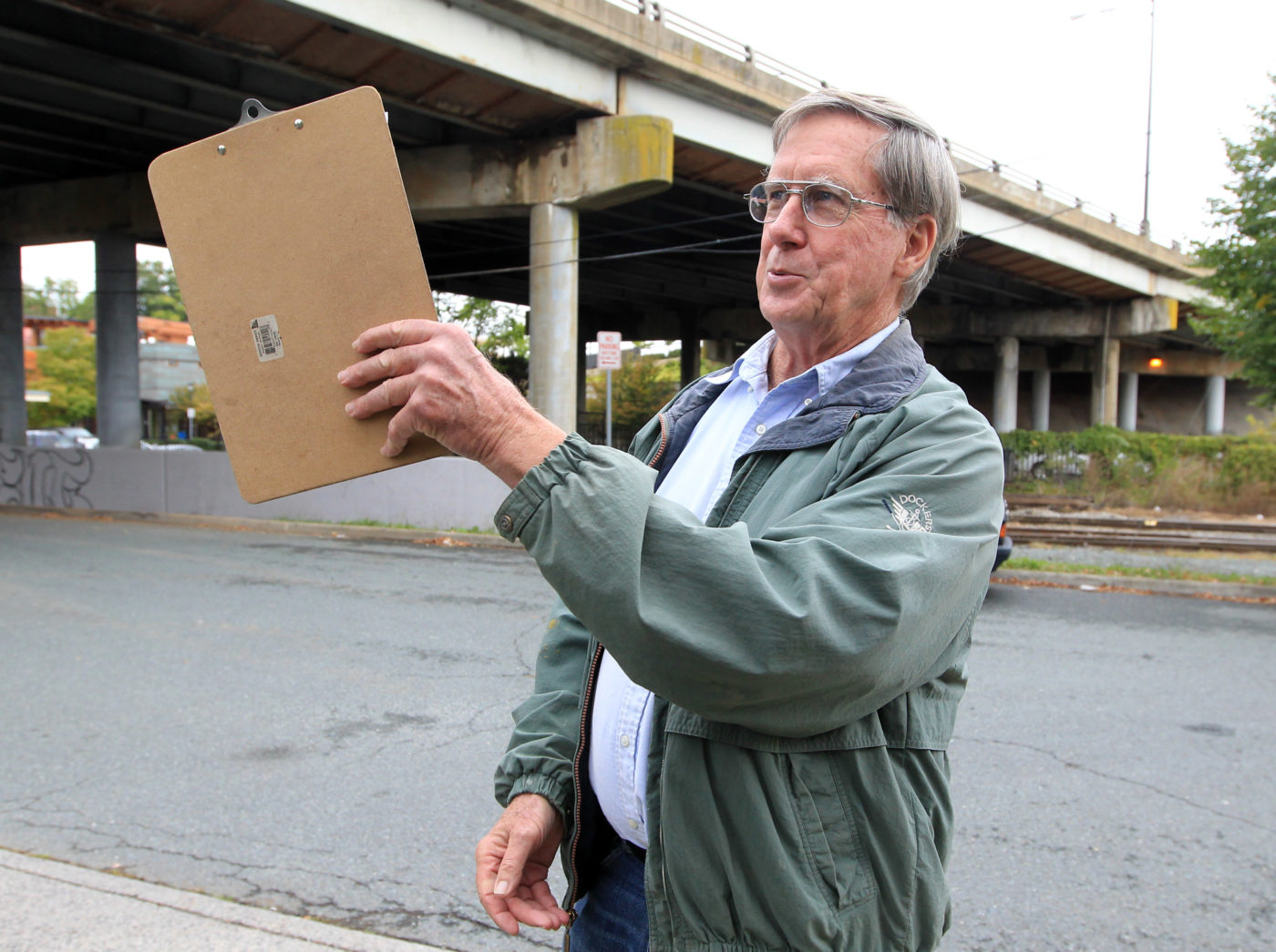 An engineering firm hired in April 2009 to design a replacement for Charlottesville’s Belmont Bridge is no longer involved with the project.

Calls to MMM Design’s Norfolk headquarters were not returned before press time.

Tolbert said the city will hire a new firm to proceed with the replacement of a bridge that was built in 1961 and is considered structurally insufficient by the Virginia Department of Transportation.

“We are putting together a draft request for proposals that will combine the engineering we need with the urban design services that we want,” Tolbert said in an interview Tuesday.

Planning to replace the bridge with a new structure has been underway since the spring of 2009, when MMM Design was hired.

A public process kicked off in November 2010, but MMM’s original proposals were dismissed by some Belmont residents who felt the new structure shortchanged pedestrians and bicyclists. An underpass was proposed as one alternative to a new bridge.

In July, the City Council unanimously voted against the underpass concept and voted 4-1 to retain MMM to finalize the design for an enhanced bridge. The firm’s Charlottesville office in the Market Street Parking Garage has since closed.

With MMM out of the picture, the process will begin again with the appointment of a new steering committee.

The news came the same day that two city councilors met with VDOT engineers underneath the bridge to discuss the possibility of reusing a portion of the existing structure.

“The city requested VDOT to evaluate the bridge and come up with rough cost estimates for several options,” said Brent Sprinkel, a VDOT engineer.

Estimates were made for a complete bridge replacement, a replacement with a shorter span, and for replacing the superstructure atop the existing concrete piers.

The new estimates do not include any funding for aesthetic treatments or any of the enhanced amenities that have been requested by community members.

A complete replacement of the 440-foot long bridge has an engineering estimate of $12.45 million. A shorter bridge of about 210 feet would cost around $9.52 million.

Replacement of the bridge deck — but not the concrete piers — is estimated to cost $7.3 million but Sprinkel cautioned that the support structures might need to be replaced again in 20 years.

“The new elements would last much longer than that, but [you might] have problems that would require you to come back and do additional repairs to the columns,” he said.

Councilor Bob Fenwick said he was skeptical of the claims by several engineers that replacing the concrete deck would only be a two-decade fix.

“But you’d be placing it on an old foundation that we don’t know about and we don’t know how much time we’d get out of it,” said Tony Edwards, an engineer with the city.

Mayor Satyendra Huja said he continues to support the council’s decision to proceed with a full replacement rather than a partial rehabilitation. That decision was made by staff and supported by elected officials prior to MMM winning the design contract.

VDOT currently has allocated $10.6 million to the replacement project, thought that amount could change as the state creates a new prioritization process for transportation funding.

Fenwick said he believe the city has not done enough to maintain its transportation infrastructure.

“If we had been maintaining this bridge over the years, it could last 70 or 80 years,” he said.

Sprinkel would not make an assumption about how maintaining the columns might extend their lives.

“I don’t think anyone could give you a timeline much different other than what [VDOT] has already provided you,” Sprinkel said. He said wrapping them in fiber might extend the life, but that doing so might not be aesthetically pleasing.

Fenwick asked how long the existing structure would remain intact.

“I wouldn’t want to speculate on that,” Sprinkel said.