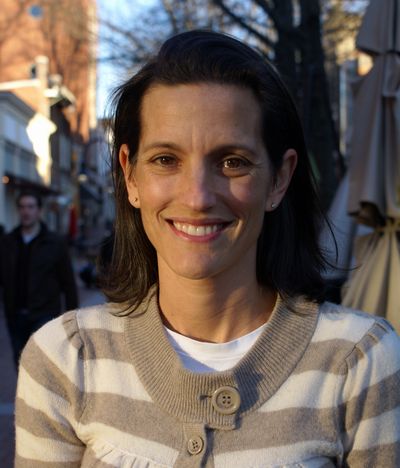 The new coordinator, Amanda Poncy, brings five years of experience with the local Renaissance Planning Group that she plans to apply toward the city’s ambitious transportation goals.

“The city’s Comprehensive Plan has a goal reducing the percentage of people who drive alone as a means of transportation to work, from 61 percent to 50 percent by 2015,” Poncy said in an email. “Making bicycle and pedestrian facilities safe and accessible so people will use them is certainly an important part of that goal.”

Local bicycling advocate Scott Paisley, a member of Charlottesville’s Bicycle and Pedestrian Safety Committee and owner of Blue Wheel Bikes, said that while the city has completed many of the possible easy, uncontroversial improvements, the network of bike lanes and pedestrian facilities remains “pretty disjointed.”

However, he lauded the city for its progress in creating a connected East-West Corridor between Water Street and Ivy Road and its commitment to increasing walkability.

“It’s been amazing in these past few years the amount of work that’s been done on pedestrian improvements,” Paisley said.

Poncy will be responsible for filling a variety of roles including coordinating bicycle and pedestrian planning efforts between the city, Albemarle County and the Virginia Department of Transportation, handling inquiries and complaints from cyclists and pedestrians, reviewing development proposals for their suitability for biking and walking, and overseeing the city’s Safe Routes to School program.

The next two years should see the finishing touches on signage for the East-West Corridor, new bike lanes and sidewalks along Cherry Avenue as part of Safe Routes to School and myriad small improvements, Poncy said.

Her work as a co-author of the AARP report “Planning Complete Streets for an Aging America” has contributed to her understanding of the different transportation needs of different populations.

“I see my role as helping to enhance the transportation infrastructure that already exists — making connections so that we have a robust network of transportation facilities so that people of all ages and abilities (families with small children, commuters, older adults and people with disabilities) can feel safe and comfortable using whatever mode of transportation they choose,” Poncy said.

Paisley agreed and said that because “not everybody is comfortable with [riding in] bike lanes,” bike advocates are pushing for measures such as safer, multi-use trails that are separate from roadways.

Poncy says she is mindful of maintaining the “right balance” between the needs of motorists, cyclists and pedestrians. Other communities have seen conflict when, for instance, removing on-street automobile parking to make way for bike lanes.

Between the addition of the coordinator position, paid for out of the city’s General Fund, and the increase in bike infrastructure funding from $50,000 to $100,000 in the recent city budget that saw many other items “shortchanged,” Paisley is hopeful about the city’s commitment to transportation choice and Poncy’s ability to promote it.

“She seems really bright,” Paisley said. “She seems like she has a lot of experience with this … it looks good.”