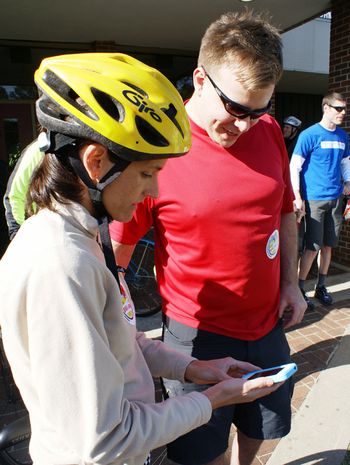 Amanda Poncy, bicycle and pedestrian coordinator for the city, said the city has completed about 30 percent of the on-street projects in the plan.

“We are currently working with the Bike Safety Committee to update the on-road portions of the bike plan,” Poncy said. “This includes prioritizing the two-year improvements based on grassroots public involvement efforts in 2007 and 2011.”

Mayor Satyendra Huja asked for there to be a better funding balance between different transportation modes.

“For all the amounts [invested] in transportation, we spend the least amount on the bicycle,” Huja said. “People want to know why we are repaving things and not putting in more bike infrastructure.”

These sentiments were reflected in the city’s FY2013 budget approved last week. It includes additional funds for the upkeep and creation of bike and pedestrian facilities.

The city’s budget director, Leslie Beauregard, said $100,000 of the capital budget was moved from undergrounding utilities into bicycle infrastructure development. Beauregard added that other portions of the bike and pedestrian plan have their own funding.

Despite these investments, some local stakeholders are still concerned about the future of bicycle infrastructure.

“Anyone who has been following the transportation funding debates up in D.C. knows that federal funding is drying up fast,” said Heather Higgins of Bike Charlottesville . “Grant funding is going to become increasingly more essential for developing and maintaining integrated cycling networks that meet the needs of our increasing population.”

Poncy said that in addition to city funding, she will be applying for grants with Safe Routes to School, Bikes Belong and the Alliance for Biking and Walking to accomplish the plan’s goals.

Chris Gensic, park and trail planner for Charlottesville, was not as concerned about budget limitations.

“The trails budget for the coming year is basically the same as it has been, so we can keep moving forward with trails development at the same pace,” Gensic said. 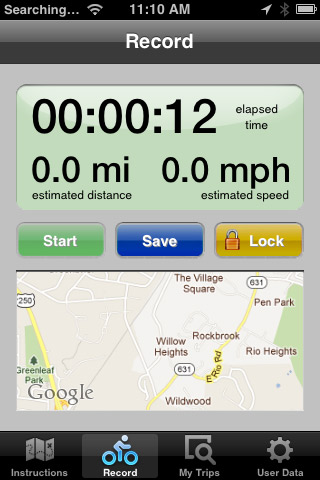 Funding is not the only issue planners have to deal with. Connecting bike paths and working within the limitations of existing infrastructure have been obstacles, too.

“Connectivity is an important issue and we will be prioritizing improvements that increase connectivity between on-road and off-road facilities,” Poncy said.

“The largest obstacle I am facing is getting permission from the private landowners between the points we would like to connect,” Gensic said. “Once we have legal permission, the design and construction are generally easy steps from there.”

Poncy said Charlottesville is fortunate to have the community’s support.

“In many cities, political opposition to bike/pedestrian facilities is the primary obstacle. We are lucky here in Charlottesville to have wonderful political support,” she said.

Planners with the Thomas Jefferson Planning District Commission launched a project Saturday that seeks to tap into the expertise of the local biking community. The Cville Bike mApp , a new smartphone application, can be downloaded and used while cycling.

“You use this application to map your cycling route,” said TJPDC transportation planner Sarah Rhodes. “That data comes to me and I can use that to plan better cycling routes in the region.”

Rhodes gathered area bicyclists at Charlottesville High School on Saturday to launch a one-month data collection effort with a group ride along the Meadow Creek Parkway .

“Armed with that direct input from bikers, as a region we’ll be able to make better-informed decisions about where to target our enhancement efforts,” said Higgins, of Bike Charlottesville . “This initial data collection … isn’t a stopping point; it’s simply the next step in the Charlottesville region’s ongoing efforts to become truly bicycle friendly.”