Black newborns die at a higher rate than white newborns. A UVA fellow aims to shine a light on the disparity. 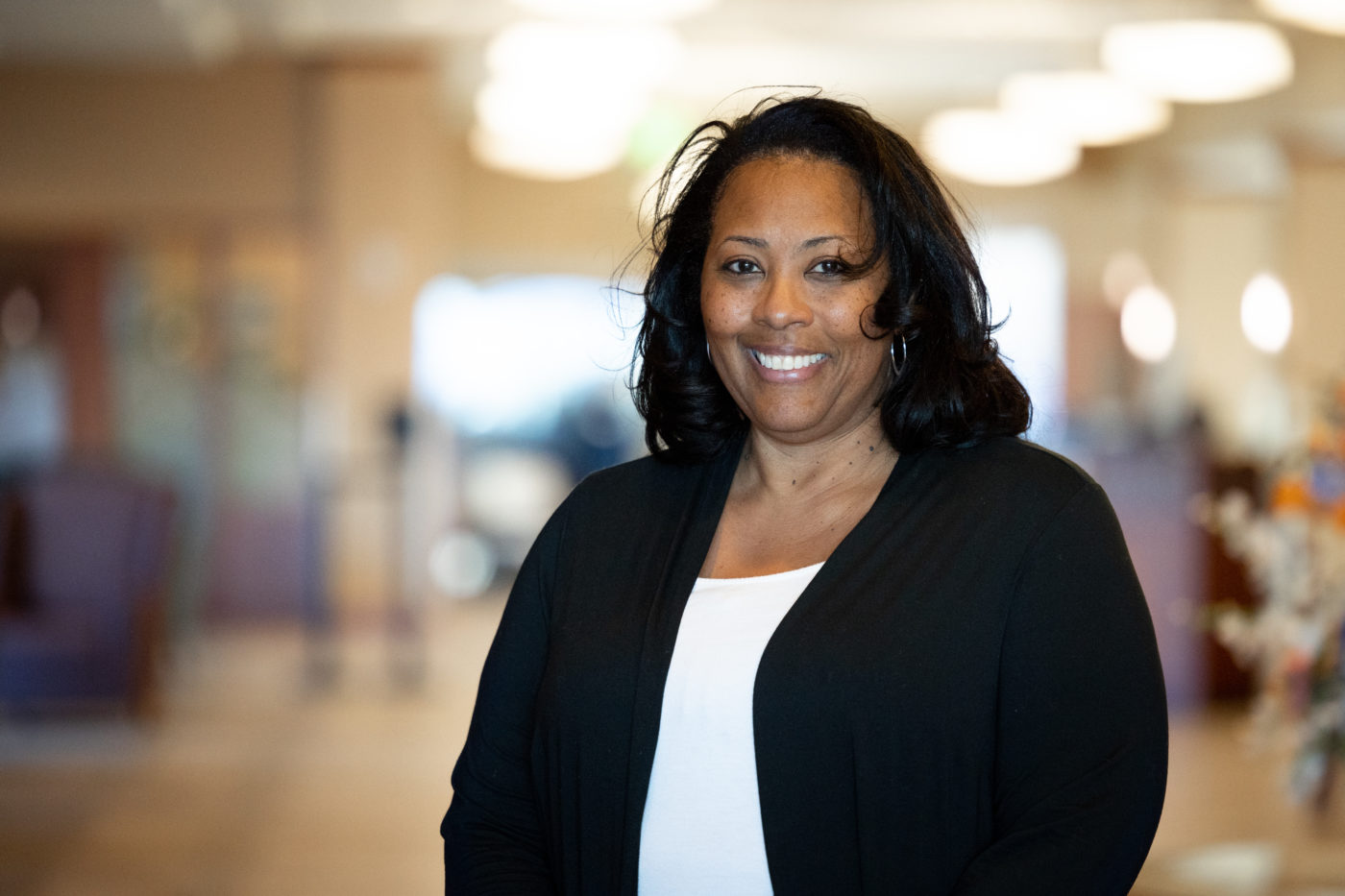 Benita Mayo, a UVa Equity Center fellow, has partnered with Birth Sisters of Charlottesville and will be documenting two to three women there who are seeking advocacy.

After learning about challenges that Serena Williams and Beyoncé faced when they almost were denied proper care while pregnant, Benita Mayo knew she wanted to be trained as a doula to advocate for Black women during and after their pregnancies.

But after receiving her training, her ambition morphed into something more — she pitched a project to the University of Virginia’s Equity Center to document inequities in pregnancy for women of color.

A yoga teacher and a photographer, Mayo has partnered with Birth Sisters of Charlottesville and will be documenting two to three women there who are seeking advocacy.

“I saw it as an opportunity to use my passion [as a photographer] to raise awareness about the unacceptable maternal health disparities, show the positive impact community-based doulas have and bring positive action to the issues that affect women at one of the most vulnerable times of their lives,” said Mayo, who recently was announced as one of the Equity Center’s fellows.

Mayo will follow moms through their birth processes and then after because there are follow-ups that need to happen after a child is born. To do that, she said, the mother would have to agree that she wants her experience to be an example to teach others.

Because doulas are not allowed at hospitals because of COVID-19, women who choose home births are the ideal candidates.

Racism is causing the disparity in infant mortality rate, said Irène Mathieu, an assistant professor of pediatrics at UVA Health.

Contributing stressors for Black women include living in a neighborhood with high community violence, over-policing and employment discrimination, Mathieu said.

Because of their living conditions, she said, some Black women are more likely to be exposed to toxins that can have reproductive harmful effects.

“When we talk about it being systemic, we have to think about how racism impacts every aspect of Black people’s lives in the country,” Mathieu said.

“Housing, for example: If somebody does not have stable or high-quality housing, if they live in a neighborhood where they are higher levels of exposure to environmental toxins, like air pollution or poor-quality water, or they live next to a landfill of a factory.”

Another underlying cause of the disparity is unconscious bias, in which Black women are not listened to when they are dealing with pain, Mathieu said. 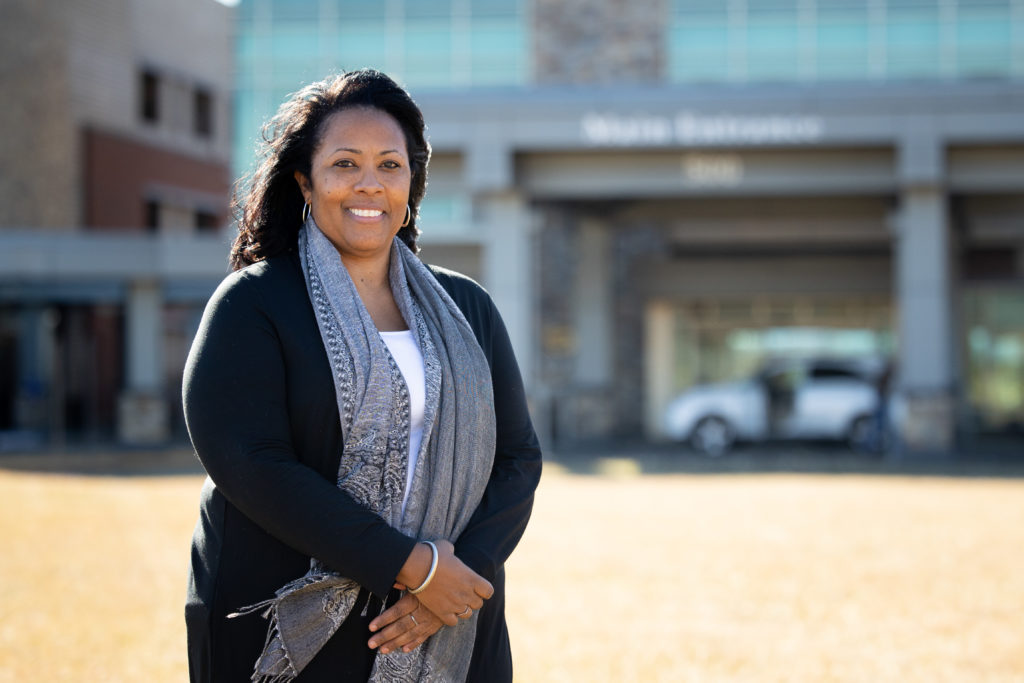 Contributing stressors for Black women include living in a neighborhood with high community violence, overpolicing and employment discrimination, expert says.

Unconscious bias is something people must become more aware of and unlearn, so that everyone can be taken seriously when they are expressing pain, she said.

“A lot of us socialized into this assumption that the most reliable person is a white man, and even I experience this.  A lot of my colleagues experience this when we walk into a patient’s room, and we’re not assumed to be a doctor,” she said.

“It’s maybe the medical student who’s the white man [who’s] assumed to be the authority figure. A lot of us are just socialized to believe that this is the most authoritative or believable person.”

In an attempt to rectify the issue, Mathieu suggested that those who understand the systemic nature of these problems advocate solutions both locally and nationally. And that could include talking about things that aren’t typically seen as part of health care.

There also needs to be a push to ensure that Medicaid as well as private insurances are universally covering midwife services, she added.

In addition to reducing implicit bias among providers, Mathieu said there also needs to be a push for a diverse healthcare workforce, adding that study shows that Black babies paired with Black doctors have a higher rate of Black infant survival.

“In undergraduate classes and in medical school, we need to be addressing these issues and really having people who want to become doctors think about and understand these issues from an historical perspective and in an objective way,” she said.

Sherica Jones-Lewis, the Equity Center’s director of community research, said that Mayo is trying to shine a light in a space where things have not been seen before, and people have been unwilling to look at them.

Jones-Lewis added that Mayo’s work is going to act as a spotlight on disparity in infant mortality, and, hopefully, spur people to act.

“What I really want is for the fellows’ project to come to a point where they have reached a milestone in the journey.  In terms of Mayo’s project, I would love it if she’s able to take her photos and set up her documentary and to get that scene and for there to be some conversation and then therefore a will to move on addressing the issue that her project spotlights,” she said.

“Her fellowship is only for a year. So, then our hope is that there will actually be movement even after the fellowship is over, and that we have helped her to make the connections and to have the skills to carry that movement forward.”