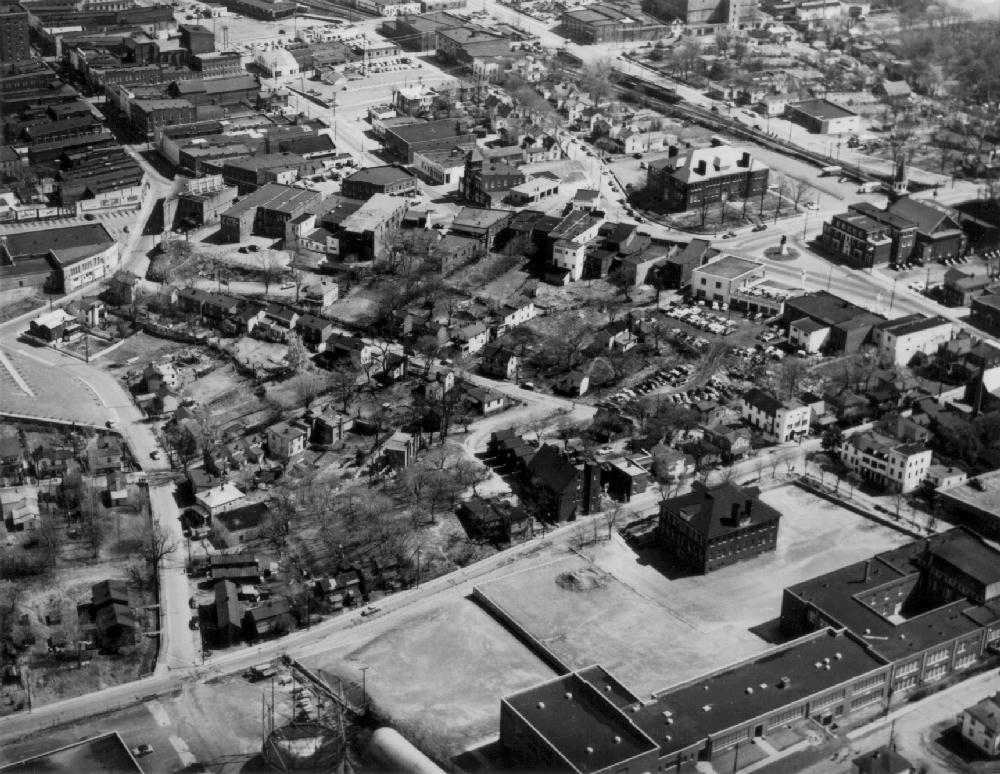 Love in a jar, jobs in the communityBrothels shaped Charlottesville’s historyLegacy of Vinegar Hill remembered in film

When it was razed in the 1960s as part of Charlottesville’s urban renewal project, Vinegar Hill lost dozens of local businesses that were a staple in the African-American community. Now, with the opening of the Jefferson School City Center, a group of locals is trying to resurrect some of that lost history.

The Vinegar Hill Café is projecting a grand opening in the fall in the renovated school. It will bring with it an alter ego of a long-lost evening scene: The Blue Diamond Nightclub.

“The Blue Diamond was a café during the day,” explained Joanie Freeman, a local resident familiar with the project and its history. “But at night, the local talent would come out and play music at the nightclub.”

During the day, the Vinegar Hill Café will be a regular coffee shop atmosphere. But in the evening, it will feature family entertainment as the Blue Diamond Nightclub did.

For Eddie Banks, Garret Durette, Curtis Gilmore Jr., Eddie Harris, DuShon Langston and Scottie B. Williams, the six men involved with bringing the Blue Diamond back to life, the project is more than just a business; it is an opportunity to repair the damage felt by the Vinegar Hill community.

“It’s my way of honoring the past and having a respect for the future,” said Harris, a longtime local who has childhood memories of driving through Vinegar Hill in his father’s truck. “The whole Vinegar Hill situation has been a thorn in … this whole community’s side. So this is one way we can put that back together and let the whole community heal from that.”

When the urban renewal project was undertaken during the 1960s, approximately 29 businesses were displaced. To many, projects such as the new Blue Diamond are a way of remembering the sense of community lost during the demolition.

“I feel like this is an opportunity to honor those folks’ effort,” Harris explained. “What would Vinegar Hill 2012 look like? What would the entrepreneurs of Vinegar Hill be doing in 2012?”

Several of the men are working with this project through Believers and Achievers, a local group that assists former convicts with reentering society. They hope that the club will be an opportunity for the youth of the community to express themselves in a positive manner.

“Entrepreneurship is an avenue outside of just getting a job,” said Langston, who hopes that the club will serve as a community-friendly business example for others to emulate. “It was particularly important, because of the Believers and Achievers, that ex-offenders can create their job as opposed to waiting for someone to give them a job, which is very difficult when you have that mark.”

Gilmore grew up in Charlottesville and remembers flying kites on the bulldozed lands of Vinegar Hill. For him, the project is an opportunity to give back to the community.

“There’s more to life than just living,” said Gilmore, who attended the Jefferson School growing up. “It’s about serving; it’s about the service work that I can do.”

Vinegar Hill Café is owned and operated by the Jefferson Area Board for Aging, which will provide the food services during the day, but the nightclub will be run by the six men. Although specific planning for the nightclub is ongoing, the operators are adamant that it will be a friendly atmosphere for everybody in the community to enjoy.

“The one thing that we’re trying to promote is that positive lifestyle,” said Langston, noting that the club will be alcohol-free. “That’s what we want to reflect in the community: the family values. That’s why we’re making it so the whole family can come.”

The club will offer a variety of family-friendly entertainment, including poetry readings, African drumming, jazz and blues, and hip-hop.

“There’s a lot of raw talent here in Charlottesville,” Gilmore said. “What we’re trying to do is get people to come out and show their talent. You know people will understand that.”

Williams is a local musician and activist. He also sees the club as an opportunity for healing the wrongs of the past and moving forward.

“We’ve all been through things,” said Williams, who hopes that the club will provide an outlet for understanding. “But like a [real] blue diamond, you look at it and it’s nice and pretty and shiny, but when it comes out of the earth, diamonds are not all that pretty and beautiful. They have to be polished, they have to be cleaned and taken care of and shown to everybody.”

Although the café will likely open this fall, the nightclub isn’t slated to open until January. Even so, the men say they are excited for the challenges and the opportunities it will bring.

“It’s just a blessing for me to give what I can,” said Banks, a self-described “whole in one performer” who, in addition to the club, hosts a television show on public access television. “There’s more and more to come and a short time to bring it in.”

The Blue Diamond operators will be holding a fundraiser from 7 to 10 p.m. Sept. 1 at C’ville Coffee, along with a sample of the local talent they plan to feature when the club opens.